The actor was 75.
He died "peacefully at his home in Newport, Oregon after a courageous battle with
bladder cancer," the MKS Talent Agency tweeted.
"His talent was only surpassed by his heart," the agency added.

Stiers was born in Peoria, Illinois, in 1942. He was nominated for two Emmy awards
for his performance as Winchester in "M*A*S*H," the popular series that ran for
11 seasons from 1972 until its high-rated finale in February 1983.

The show, based on a 1970 movie, centered on Army surgeons and staffers during the
Korean War. Characters such as chief surgeon Benjamin "Hawkeye" Pierce (Alan Alda)
dished out wry humor as they dealt with the stress of wartime, battlefield injuries
physical and psychological, and death. 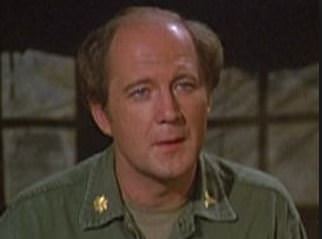 He joined the cast in 1977, filling the void left after the departure of actor Larry Linville's
Frank Burns from the show but by the series' end he was as much a part of the team as
the original cast.

(cnn)
Type: Discussion • Score: 4 • Views: 1,316 • Replies: 2
No top replies
2
Reply Sun 4 Mar, 2018 06:33 am
Stiers made a great addition to M*A*S*H*. His character was what the doctor ordered.
0 Replies
2
Reply Sun 4 Mar, 2018 09:58 am
Because he was also a member of the Star Trek community (he appeared as a guest star in the TNG episode Half a Life, playing a tragic love interest for Majel Barrett's character, Lwaxana Troi), he was known a bit in the circles I run in. I don't think Stiers was ever at a convention, but people who met him all said he was just a good person and very generous with his time for fans. 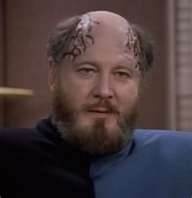