Famous Photographers: which ones do you admire?

Forums: Art, Photography, Photographers
Email this Topic • Print this Page
1
Reply Fri 31 Dec, 2004 01:12 am
I'm fond of Ansel Adams, Thomas Moran, and Galen Rowell
Own a Moran chromolitho that maybe sort of valuable - always get differnt valuations, I like the picture.
0 Replies
1
Reply Fri 31 Dec, 2004 07:34 am
I'm going to read through the new additions in a bit - daughter and I are really enjoying this - she came up with this lovely Doisneau site

Bit o' trivia; a large portion of photographs credited to Matthew Brady in fact were the work of his enployees/assistants. It is not at all uncommon to find fotos dated identically, credited "M. Brady", yet taken 100's and 100's of miles from one another.

That's true Timber.
After the war O'Sullivan went out west and produced one of my favorites:Canon de Chelle 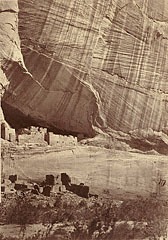 Paul Outerbridge's work could be offensive to some people, I suppose. His erotica most certainly ruined his career.

He is revered for his mastery of carbo-color "technology" - an amazingly complicated early type of color photography that used vegetable dyes.

Stylistically, Newton and Maplethorpe and the like owe him a nod; thats why I thought to include him.

0 Replies
1
Reply Tue 4 Jan, 2005 12:13 pm
Ansel Adams was the master of black&white photography. He worked using large format film and wrote a series of books on his use of the zone system. Minor White taught at M. I. T. in Cambridge Mass. and presented methods for adapting Adams' zone system to 35 mm photography.
0 Replies
1
Reply Wed 2 Feb, 2005 07:20 am
I would immediately have to say my mentor and friend Berenice Abbott.Yes there are lots of others but Berenice saw the future and captured it in her city photographs without knowing it. Unfortunately she did not really see the digital age but New York by Night is exactly what we have become .
0 Replies
1
Reply Wed 9 Feb, 2005 05:57 am
I'm also interested in this topic (my fav. photograph's always been Bresson) .. anyway, at the moment I'm in the 2nd year of a BA (Hons) in digital Art and I have to research digital photographs but I'm having real problems finding one that I like ... Any idea ???

I'm also trying to find the name of a photographer whos work I saw on a BBC2 documentary last year ... I missed his name but his photographs were of large groups of people that he used to create designs/shapes out of ..

Thanks for your help.

mojo
0 Replies
1
Reply Wed 9 Feb, 2005 10:46 am
You could use just about any number of Berenice NYC photographs the clue is in the relationship between the computer chip and the design element in her work. Make sure to credit me for this explanation.Cartier Bresson is in a elite group of artist who capture the spontaneous moment like an artist skettching a scene. His work does not apply to be visionary. Berenice Abbott had a premonition of the future and captured it using the city as an abstract model for the up and coming dominate chip of the world.The micro computer chip not Ruffles with Ridges.
0 Replies