Rhys has sent out emails to last year's managers.

If you want to play but did not get an invitation, PM me with an email
address to which Rhys may send one. Do the same for any interestednon-A2Kers you may know. 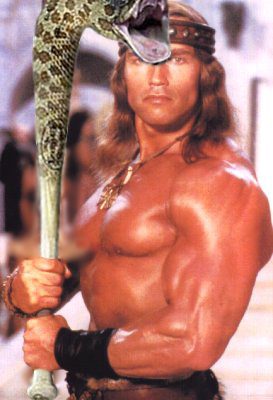 The TICO TERMINATORS!! are in and raring to go.

I have absolutely no idea what I'm doing. (what's new).

Cant seem to find the rules or operations of the game anywhere.

I have absolutely no idea what I'm doing. (what's new).

Cant seem to find the rules or operations of the game anywhere.

You can check out this link, but it's not very helpful: Help for Yahoo Fantasy Baseball

ROSTER MOVES:
Our league allows for daily roster moves ... that means you can have one lineup for one day, then change to the next day (or any future day you want), and change your lineup. You may want to do this (for example) if one of your OF (outfield) players is not playing in an upcoming day (say on Thursday, for example), and you want to swap one of your BN (bench) players into the OF slot for that day. Then you can click to the next day (Friday) and swap them back around, if you want. You can go through each day of the upcoming week and set your lineup of Hitters and Pitchers. You can see which SP's (starting pitcher) are scheduled to start on a particular day (you can tell this because there will be a green checkmark in the column that shows there opponent for that day), and make sure you have that SP in your starting lineup that day (i.e., not on your BN).

I usually set my roster a week ahead of time, for the upcoming week. If someone gets hurt and maybe isn't playing for a day or two, you can always go in and change your lineup at any time.

Shortly before a real life game is about to start (a few hours?) there will be an indication as to whether a hitter is scheduled to start that day for his real life MLB team.

ROSTER CHANGES:
During the season, you are able to peruse the list of available players (click on the "Players" tab), and find a FA (free agent) you might want to pickup for your team. Maybe one of your players sucks and you want someone who's playing better. When you do, you usually have to drop an existing player from your roster. When you pick up a player, the transaction is always recorded the NEXT day, not the day you picked them up.

If a player is hurt and on the MLB (major league baseball) DL (disabled list), you can move them to your team's fantasy DL. When you do, that opens up a free spot on your roster, and you can pick up a FA. (Again, that transaction would be effective the following day.)

If a player is dropped by one of the other fantasy teams during the season, they are put on Waivers (shown as a "W"), and will sit on the "waiver wire" for a couple of days. (All undrafted players are currently on the waiver wire until Tuesday.) Players on the waiver wire can be picked up following the "waiver priority" rules. If you click on the "League" tab, and look at the "Standings" section, you will see each teams waiver position represented by a number. Currently, TOUCHDOWN! has first priority, so he gets the first pick off waivers, I have "4" so I have fourth priority, etc.

Did that help? It won't take long until you get the hang of it.
0 Replies
2
Reply Sun 24 Mar, 2019 06:28 pm
If you are matched against Tico in week 1, you need to insult, nay, I mean trash talk him. He doesn't understand subtlety so you'd have to say something like "The only way Tico could get a dog to be his friend would be to tie a pork chop around his neck."
Fbaezer and I were going at each other in A2k fantasy football for years. But I leave him alone now. I think he is, as we might say in mexican, "El loco." I just don't understand why someone his age would take up pole vaulting.
1 Reply