As Barack Obama closes out his final days as US president, local governments are naming the usual libraries, motorways and schools in his honour.

The Barack Obama Presidential Center library is being erected in Chicago and students across the country are already enrolled in schools named after the nation's first African-American president.

But as well as the ceremonial plaques, sculptures, and buildings there are a few other things bearing Mr Obama's name that you may not have expected.

The Obamadon, an extinct, foot-long lizard with straight teeth, was named for the president due to his smile. 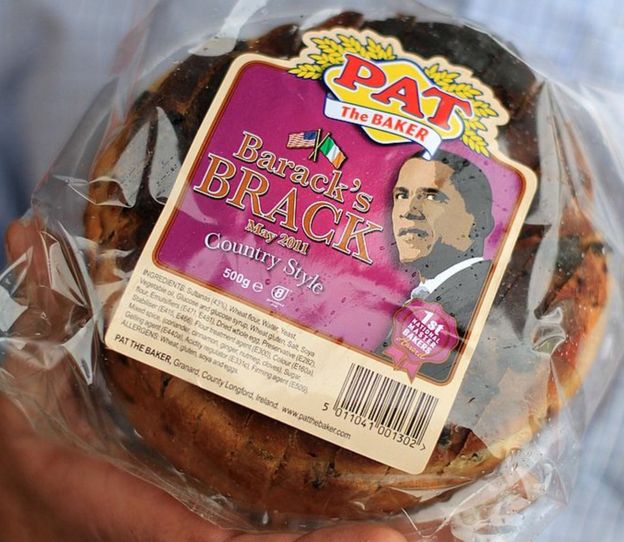 Ahead of Mr Obama's visit to Ireland in 2011, bakers rushed to create Irish "Brack" bread - something Americans might refer to as a fruit loaf.