Can Anyone Please Help to Identify this Native American Tribal Necklace

Forums: Art, Tribal Jewelry, Bone, Coyote, Wolf
Email this Topic • Print this Page
Reply Fri 26 Dec, 2014 04:00 pm
Here is a tribal necklace. I am not sure from what tribe. Maybe someone can help? It consist of bone (probably buffalo), shells, turquoise, rock, a tooth (wolf or coyote) and it looks strung together by hair of some kind... maybe horse? 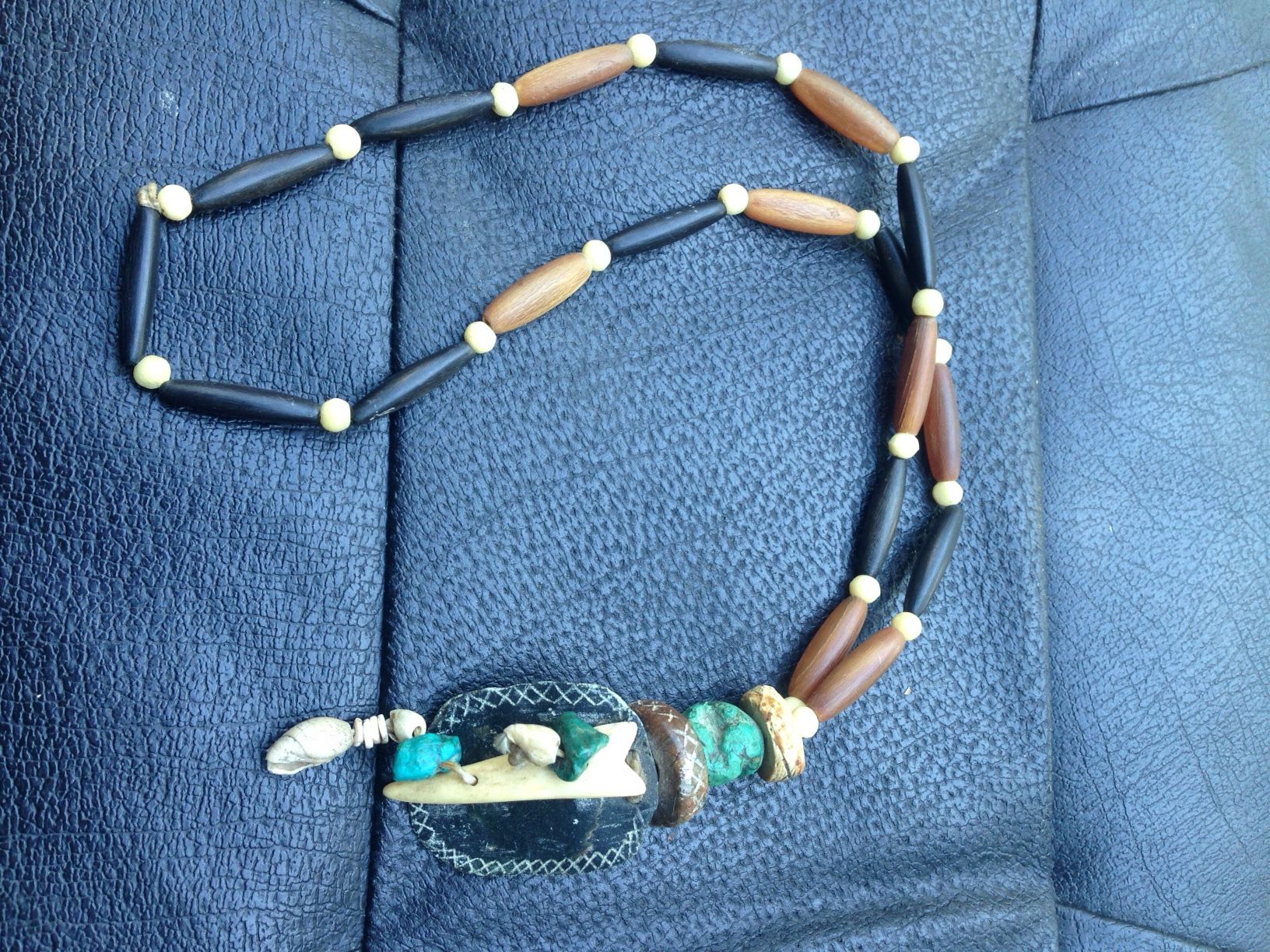 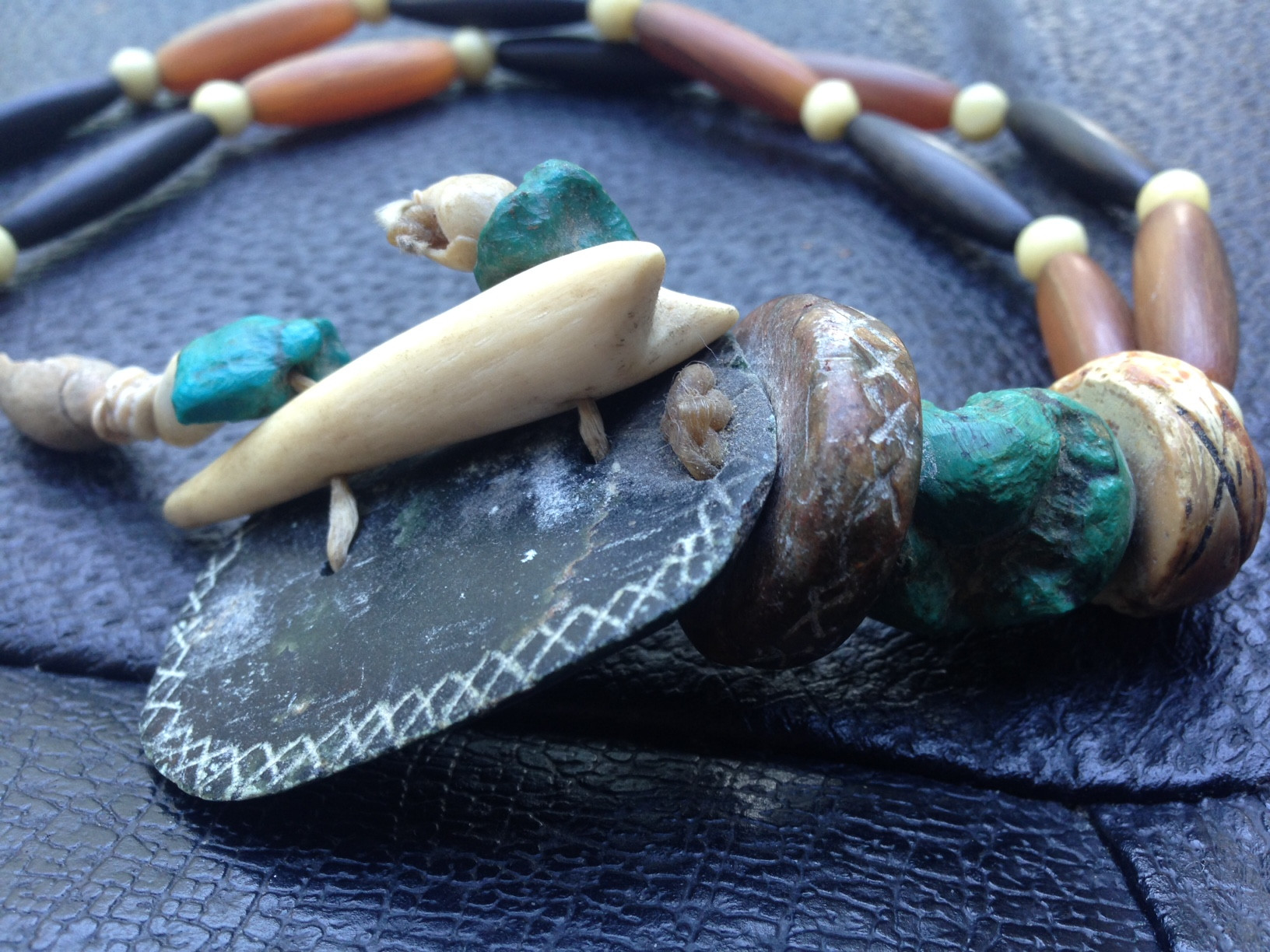 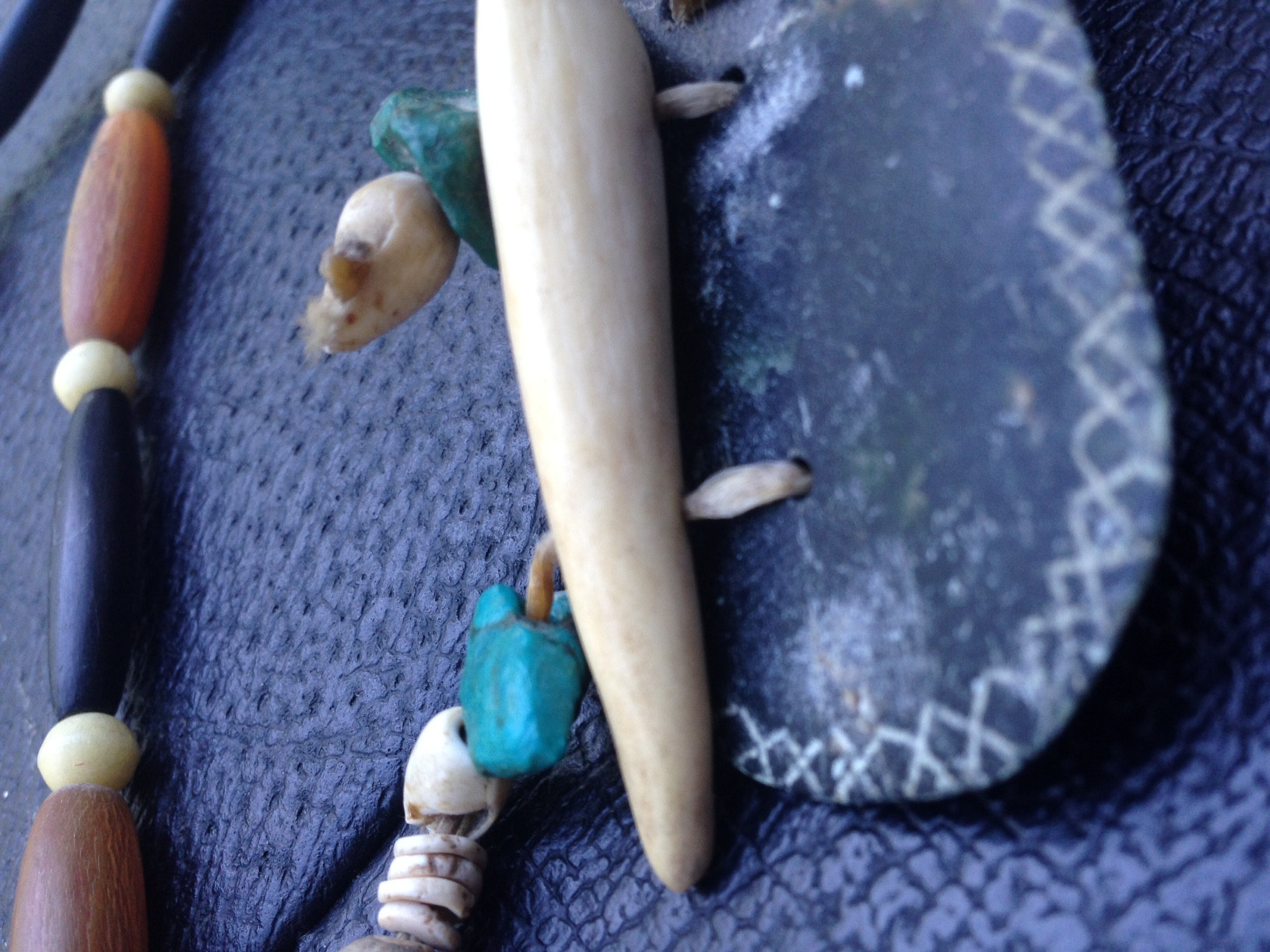 Also turquois and sharks teeth do not typically overlap in geography.

Or just a whittled down piece of bone, it sure isn't from a Grizzly
0 Replies
1
Reply Fri 26 Dec, 2014 07:20 pm
Checking in.
I don't know native american jewelry well, I imagine it's complex, it must be. I'm no expert on any jewelry, though I tend to like it. Not too long ago I lived in a locale with many tribes (northwest U.S). I now live in a tribal locale in New Mexico too, sort of adjacent, but I got acquainted with several more people of tribal background back there.

It is probably something for the tourist trade. Theres a piece of scratched slate or steatite that is probably supposed to emulate something that's almost like those Ika stones.

Is the threading sinew or plied fiber?
0 Replies
1
Reply Fri 26 Dec, 2014 07:46 pm
@ossobuco,
Native American jewelry can be high art if its well crafted. This stuff Is rather amateurish. Its like one of these ID seen at an "art" bizarre in a gun how where "rangers" were knapping chert to make these fake Transitionl points.

0 Replies
-1
Reply Sat 27 Dec, 2014 12:49 am
Moon’s Origin: Before the astronauts’ moon rocks conclusively disproved the theory, the moon was believed to have originated when a chunk of Earth broke off eons ago (who knows from where?).
Another theory was that the moon was created from leftover "space dust" remaining after the Earth was created. Analysis of the composition of moon rocks disproved this theory also.