Looking for advice. Was I assaulted?

I don't want to be patriarchal so i won't discuss my views of feminism with any woman anymore. That of course includes my views on patriarchy, a very feminist concept.

Patriarchy is not an exclusively feminist concept at all--it's a sociological/anthropological description of a culture or society in which most power and authority rests with men.

Patriarchy is a social system in which the role of the male as the primary authority figure is central to social organization, and where fathers hold authority over women, children, and property. It implies the institutions of male rule and privilege, and is dependent on female subordination. Historically, the principle of patriarchy has been central to the social, legal, political, and economic organization of Hebrew, Greek, Roman, Indian, and Chinese cultures, and has had a deep influence on modern civilization.

Most forms of feminism characterize patriarchy as an unjust social system that is oppressive to women. In feminist theory the concept of patriarchy often includes all the social mechanisms that reproduce and exert male dominance over women.
https://www.princeton.edu/~achaney/tmve/wiki100k/docs/Patriarchy.html

You live in France, a country that did not even pass women's suffrage until 1944.

In the U.S., married women couldn't open bank accounts without their husband's permission until the 1960's, and until 1974, U.S. banks required single, widowed or divorced women to bring a man along to cosign any credit application, regardless of their income. They would also discount the value of those wages when considering how much credit to grant, by as much as 50%. It wasn't until 1976 that Irish women could own their homes outright. It wasn't until 1982 that women are allowed to spend their money in English pubs without being refused service. And on and on...
http://www.theguardian.com/money/us-money-blog/2014/aug/11/women-rights-money-timeline-history[/quote]

And none of this is exactly ancient history, nor has the basic structure of our patriarchal society significantly changed in the past few decades--social, political, and economic power and control, still rests overwhelmingly in the hands of men. Women are just beginning to move out from under it.

And you think patriarchy is a feminist concept rather than a reality?

I'd suggest you don't discuss your views of feminism with anyone until you become a lot better informed.
1 Reply
1
Sat 31 Jan, 2015 03:02 pm
@maxdancona,
I don't belong to N.O.W., not much of a joiner, so I don't know their take on that. I don't know how they work up their stances as a group either: some kind of vote, or vote by a board? I do have a friend who was an early N.O.W. member, I should email her and ask. I'd be surprised if she wasn't for equal custody in a lot, maybe most, cases.

I take it as complicated. The situation I described before(whatever thread) in my family was an ill considered decision with major consequences, all ugly. Dad eventually got full custody with excellent reason, and in that situation, mother should have had no custody. To me it is obvious that these decisions should be decided without bias, based on facts.
In general I think both parents have something to give to the growth of the child, much of the time.

N.O.W. continues actively opposing equal custody between mothers and fathers in spite of conclusive research that this is best for children in a divorce. I don't believe that the claim that they care about the rights of men and children is true.

I'm not aware that N.O.W. has a national position on that issue. Can you find it for me?

I know the NY chapter of N.O.W. opposed a specific joint custody bill 9 years ago, but not the notion of shared parenting. They had cogent reasons for the opposition.
http://ancpr.com/2006/03/28/now-ny-speaks-on-joint-custody-bill/

I'd suggest you don't discuss your views of feminism with anyone until you become a lot better informed.

Ok. I'm not that interested in feminism anymore, anyway. It seems this was all a big misunderstanding on my side. Pitty though...

1 Reply
0
Sat 31 Jan, 2015 03:41 pm
@ossobuco,
osso, when I went to college, women were not allowed to wear slacks to class unless there was snow on the ground, or you were taking final exams--it was skirts only. Was that the case for you too, or just at my nutty alma mater?

Although, I remember that, when women began wearing pantsuits, there were restaurants in NYC that refused to admit women in pants. Some protested by taking off the pants, and insisted on being seated wearing only their blazer jackets--and they had to seat them.

It must be hard now for people to imagine a time when women were forced to wear skirts and dresses in certain places, and pants were a no no. It does seem absurd.
2 Replies
2
Sat 31 Jan, 2015 03:53 pm
@firefly,
Quote:

osso, when I went to college, women were not allowed to wear slacks to class unless there was snow on the ground, or you were taking final exams--it was skirts only.

I'd suggest you don't discuss your views of feminism with anyone until you become a lot better informed.

Ok. I'm not that interested in feminism anymore, anyway. It seems this was all a big misunderstanding on my side. Pitty though...

Ya, if you thought that the american feminsts are interested in equality you are 20 years out of date, they are after the vilification and subjugation of men. Equality got tossed once they decided that they could get more.
2 Replies
1
Sat 31 Jan, 2015 04:19 pm
@firefly,
No slacks at Santa Monica City College (where I went for some summer school classes like California Government and Trig).

Before the late 1960s women only wore pants while working in the garden or around the house, engaging in such female-approved sports as bowling, or traveling to the beach. In most any business, school, or formal public or social setting women were expected to wear skirts or dresses. As feminism, the social movement to gain full and equal rights for women, grew more powerful in the 1960s and women increased their presence in the workplace, the notion that females and skirts were synonymous was viewed as impractical and outdated. French designer Yves Saint Laurent (1936–) and other top designers responded to this desire for skirt-liberation by creating the pantsuit: an outfit, designed and tailored specifically for women, comprised of matching slacks and jacket. By the mid-1960s nearly all the important Paris, France, designers were creating and marketing pantsuits. Pantsuits allowed women in the workplace the opportunity to enjoy the mobility and flexibility they lacked when wearing a dress or skirt.

Pantsuits were not immediately accepted as formal social or workplace attire. Younger women began wearing them and were scornfully viewed not only by the male establishment but by their older female coworkers as well. Exclusive restaurants refused to seat women dressed in even the most stylish and expensive pantsuits. Eventually, workplace and restaurant dress codes were altered to accommodate women wearing them.
http://www.encyclopedia.com/topic/Pantsuit.aspx

Looking back, it’s hard to believe that throughout the Sixties, a woman wearing pants outside of her home was considered gauche, if not scandalous. Even into the 1970s, very few “good” restaurants or hotels allowed entrance to a woman in pants, and it is certain she would be turned away from any formal event in them. (Le Côte Basque in Manhattan famously turned away Saint Laurent devotee Nan Kempner in le smoking; she stripped off the pants right there and marched into the restaurant wearing only the jacket, re-appropriated as an ultra-short minidress. Undeterred, in 1969 Le Côte’s manager affirmed, “Pants…do not belong in a restaurant any more than swimming suits. …We will continue our policy.”)
http://onthisdayinfashion.com/?p=3750

After Nan Kempner did that, some other women began doing it as well when they were refused entry to the more posh restaurants in their pant suits.
1 Reply
1
Sat 31 Jan, 2015 04:43 pm
@hawkeye10,
Oh, skirts and dresses have made a definite comeback, particularly among younger women, but now its by choice.

But it's rare in my suburban supermarket, or local stores, to see a female in anything but pants and comfortable shoes.

That was a decade of change, but the pants thing was, at least in big cities, or my big city, well gone and buried by the late sixties, way pre St. Laurent and pants suits.

Maybe it is a matter of different coasts. Or temperatures. San Francisco was always - back then - more formal than Los Angeles.

D0 you remember the year when white gloves left?

No, not really, but I remember wearing them, with hats too. 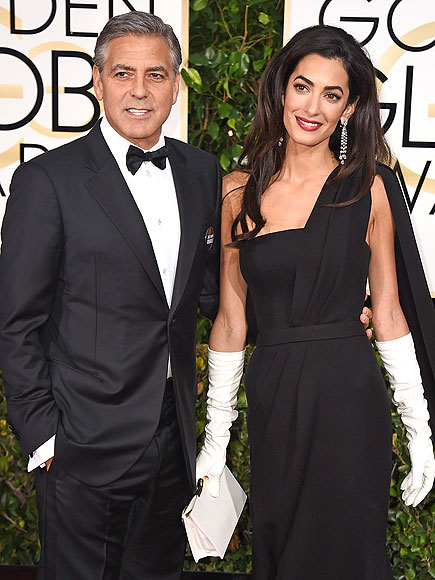 Hawkeye is married to a woman, Ossobuco. Therefore anything and everything he has to say about gender issues is automatically credible.

And in the time since I originally challenged you to do that, millions of baby boys in the U.S. have been sexually mutilated while their female counterparts were fast asleep in their cribs.

And millions of 18 yr old men have signed up to die while their female counterparts have been fiddling around on their iphones empty headed giggling, and drinking their lattes with their girlfriends.
0 Replies
0
Sat 31 Jan, 2015 06:37 pm
@maxdancona,
Quote:

N.O.W. continues actively opposing equal custody between mothers and fathers in spite of conclusive research that this is best for children in a divorce. I don't believe that the claim that they care about the rights of men and children is true.

This is 100% true Max. And Karen DeCrow, who was the president of N.O.W. from 1974 to 1977 was bullied and forced out of N.O.W. because she advocated for fathers rights in child custody, and advocated for men to have more choice in becoming a parent.

N.O.W. is essentially a mouth piece for feminist bigotry, and anyone who wants equal rights for men is forced out or not allowed in. I might add that Warren Farrell was also on the board of directors at N.O.W. until he was forced out because he started advocating for father's rights.

"Everything went well until the mid-seventies when NOW came out against the presumption of joint custody [of children following divorces]. I couldn't believe the people I thought were pioneers in equality were saying that women should have the first option to have children or not to have children—that children should not have equal rights to their dad" ~Warren Farrell