Information on this art piece? 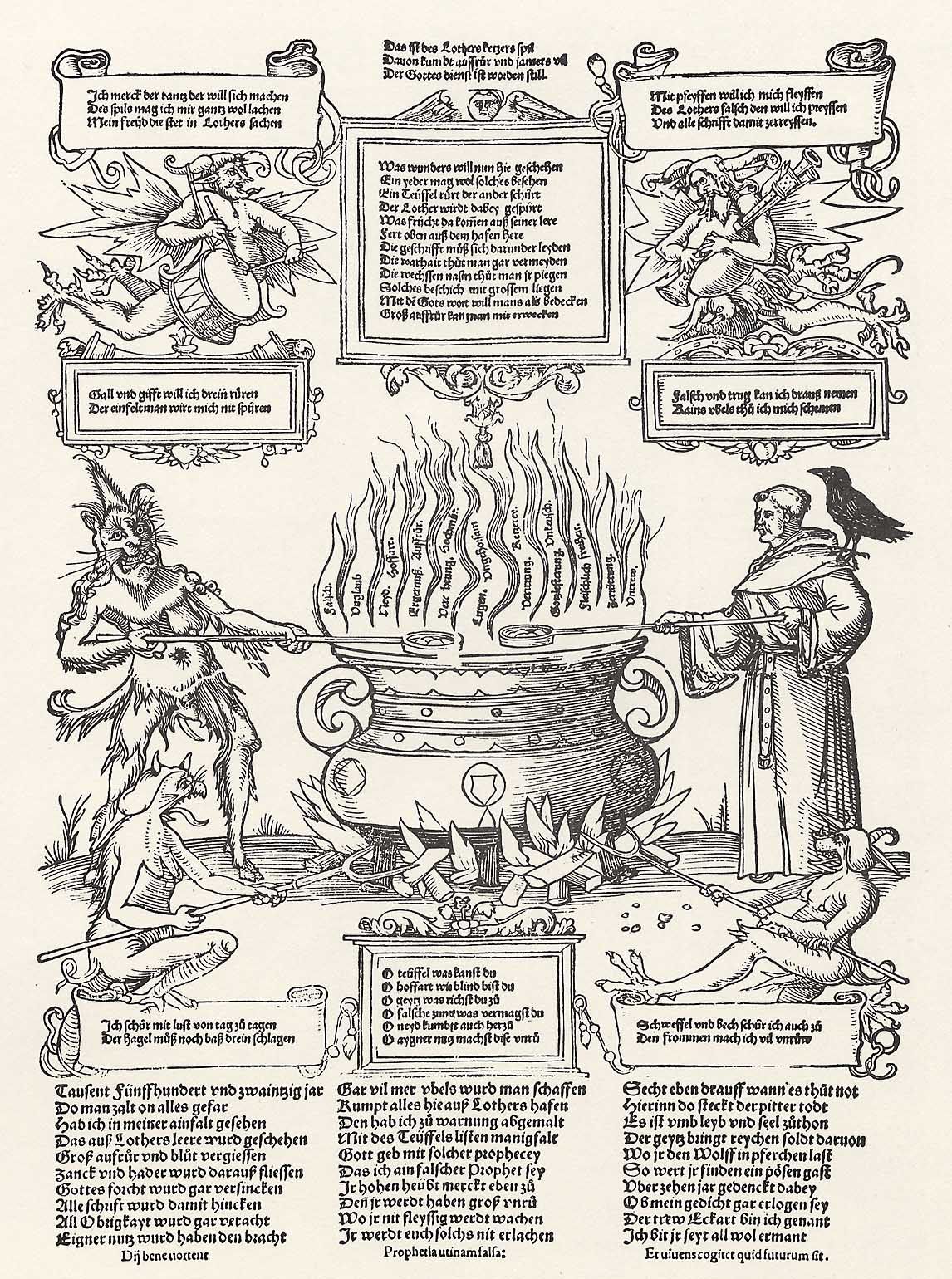 This picture shows Luther stirring a pot with the Devil. The intent here is very similar to Reformation propaganda, going the other way. Now the church is associating the Devil with Luther instead of Luther associating the Devil with the church. The flames coming out of the pot are labeled with falsehood, unbelief, pride, envy, scandal, disobedience, contempt, haughtiness, lies, heresy, blasphemy, unchastity, fleshly freedom, disorder, and disloyalty.

Many of these concepts, like blasphemy and disloyalty, are meant to enforce the church’s supreme position of power over the protestors and assert that the Catholic Church is still the true church. This shows the conflicting beliefs that many people felt during that time, with two religions vying for power. While it is unlikely that the propaganda caused the confusion, it most certainly contributed. The conflict between the Protestant church and the Catholic church condensed into the Thirty Year’s War in 1618.

The figure on the upper right is saying: ‘I shall apply myself to piping Luther’s false teaching. This I will praise, thereby tearing Scripture apart.’ This is interesting because the Scripture (the Bible) is one of the main preachings of Luther, so the message that the woodcut is conveying is that by preaching for the Bible, Luther will actually go against it.

Similarly to the other pieces of propaganda shown so far, this doesn’t rely on the words to get its meaning across, but they do add to it. The main idea that Luther works with the Devil can be seen clearly through the picture, which shows that although literacy was increasing, many people still couldn’t read. Literature of any kind was uncommon at that time, so having text easily available to the common person increased the literacy rate.