certainty does it exist

Forums: Philosophy, Certainty
Email this Topic • Print this Page
1
Reply Wed 22 Oct, 2014 04:44 pm
Certainty is a trait of bluffing. Every time I challenge people here in real life, I always use this question to really get under their skin: "why are you so certain?!", it gets them every time because it's simply what they need to hear... Doubt.

It's the people in this world that are worth nothing that want to live for eternity, while those who are worth everything die like dogs. The good men sit in the barrel without endangering others. The ungrateful men climb out of the barrel by using their own people as stools.

What is certainty underneath the surface? Compensation for the lack of something.

1 Reply
1
Reply Wed 22 Oct, 2014 05:57 pm
@Alqaholic,
Inaccuracy is the result of universal naivety, hence why A. bacteria is still learning, B. we are born in ignorance, C. the Universe may be incredibly designed, but it's still young and undefined.

Certainty is simply the illusion created by not acknowledging errors or proceeding evolution.
0 Replies
1
Reply Wed 22 Oct, 2014 10:51 pm
@fresco,
Yes see what you mean fresco . Words seem to lose there individual ownership and become part of an indisinguishable cohesion as apart of the event
0 Replies
1
Reply Thu 23 Oct, 2014 12:38 am
@fresco,
fresco wrote:

I think know what your saying .certainty can only be observed in terms of relativity in local observations.

No. Certainty is not "observed". It is a word used with respect to agreement.

You're right that certainty is not observed, but agreement is not the only context in which the word is used. In fact, the word "certainty" is most often used in the diametrically opposed context. It is often used to represent an observer's commitment to their position/report despite opposition.

The only agreement necessary to support one's "certainty" is the agreement between one's observation and one's ability to report and support it. Certainty, or "certainty", if you like, is not a sign that indicates "agreements" or "provisional truths", it's a sign of trust. Trust in whatever...

You can't deny the existence of an event based on a combination of spoken ignorance and certainty, and pretend that you're not making an epistemological and/or ontological statement.

2. A philosophy forum such as this, is an artificial context with respect to normal verbal transactions. I am making claims here about the normal situational usage of the word "certainty". I am not making epistemological or ontological generalizations (except perhaps to follow Rorty in his iconoclastic stance with respect to such claims on the part of philosophers). Thus I argue that no non-baseball follower would ever question the "certainty" of an assertion made by baseball fans about their common interest. That point is a significant aspect of the meaning of the word "certainty" (Wittgenstein "meaning is use")

In fact, a non-baseball follower is questioning the certainty of an assertion made by a baseball fan. You are doing it, and in an annoyingly, passive-aggressive way -- by doubting the verity, and actually the very existence of the event, reported to you by your baseball-following associate.

Frankly, i'm going to start calling your position the Frank Apisa/ fresco accord: the "This forum doesn't count as real life so everyday conditions don't apply, and i can make statements here that i could never justify with someone i actually have to deal with on a daily basis, and wouldn't even dare to try" argument.

This forum is an "artificial context", in that, it allows persons ("thinkers", "observers") the room to monologue their thoughts in a way that is often unavailable to them in non-artificial environments -- but it is not an otherwise exceptional environment in which the everyday rules of discourse do not apply.

Rather than solipsism, I call that sloppyism.


1 Reply
1
Reply Thu 23 Oct, 2014 01:54 am
@Razzleg,
I am sorry if I appear to be "doing it". I should have made it clear that being drawn into an the artificial context of baseball fans talking to non-fans is equivalent to other artificial contexts such as CIA interrogations, or interviews with dementia sufferers. Context is essential to the use of "certainty"...that's all we can say. And even where there is "scientific consensus" implying a universal context, that context is still in essence a species specific one (homo sapiens).
2 Replies
2
Reply Thu 23 Oct, 2014 04:20 am
@fresco,
fresco wrote:

I am sorry if I appear to be "doing it". I should have made it clear that being drawn into an the artificial context of baseball fans talking to non-fans is equivalent to other artificial contexts such as CIA interrogations, or interviews with dementia sufferers. Context is essential to the use of "certainty"...that's all we can say. And even where there is "scientific consensus" implying a universal context, that context is still in essence a species specific one (homo sapiens).


Orwell would have loved you, Fresco. He would have based Animal Farm on your laughable certainty that humans are essential to existence.
1 Reply
1
Reply Thu 23 Oct, 2014 04:22 am
@fresco,
Ok I think certainty must be linked direct to conscious observation.so if we could look back to the moment of the big bang and see it happen would it the big bang be inside certainty which would have to be consciouness.?
2 Replies
1
Reply Thu 23 Oct, 2014 05:44 am
@martinies,
The current position as I understand it is that nobody is entirely able to visualize the details of "the big bang" with "certainty" which to some extent undermines the concept of a big bang per se. But we are also into epistemological issues about the status of competing "models" here which account for, and generate current observations. So once again, as with Heisenberg's uncertainty principle, we need to be cautious about extending the usage of of the word "certainty" to frontier science. The contexts tend to be far more nebulous to the extent that confidence levels less than 100% tend to be the norm.
0 Replies
1
Reply Thu 23 Oct, 2014 05:53 am
@Frank Apisa,

1 Reply
1
Reply Thu 23 Oct, 2014 09:08 am
@martinies,
I think most people are confused about what 'certainty' is. It's the individual's subjective perception of what life is. It exists for the individual based on their genes and environment, and all the experience that have influenced how they think.

It exists.
1 Reply
1
Reply Thu 23 Oct, 2014 09:13 am
@cicerone imposter,
You mean when we die we go to certainty.our own unmoving certainty that we were born as.
1 Reply
1
Reply Thu 23 Oct, 2014 09:54 am
@martinies,
No, life and death are opposites. If one has life, we also have death. Those are givens. No philosophical interpretations are required or needed. Those are events that most cannot control. I say most, because some commit suicide from choice and action. But nobody can deny death.

You gotta do better than that, Fresco. After all...you are a human...and in your world, humans are necessary for existence! 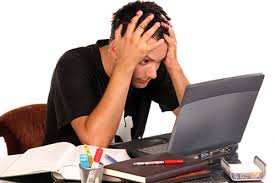 cer·tain·ty
ˈsərtntē/Submit
noun
firm conviction that something is the case.
"she knew with absolute certainty that they were dead"
synonyms: confidence, sureness, positiveness, conviction, certitude, assurance
"she knew with certainty that he was telling the truth"
antonyms: doubt
the quality of being reliably true.
"there is a bewildering lack of certainty and clarity in the law"
a fact that is definitely true or an event that is definitely going to take place.
plural noun: certainties
"an immediate transfer would be a certainty"
synonyms: inevitability, foregone conclusion;