certainty does it exist

Forums: Philosophy, Certainty
Email this Topic • Print this Page
1
Reply Sat 18 Oct, 2014 04:55 pm
Cliché n taking a "dump" on the thread aside...if it doesn't then there is certainty of it ! But of course we are uncertain on that regard to...

If observers agree on what constitutes "an event", then they can talk of its certainty or otherwise. Events are always relative to "observers" whether the act of observation is hypothetical or actual. Thus to talk of ancient events such as the extinction of the dinosaurs, involves current hypothetical observation "in the mind's eye".
EDIT
Things (including "certainty") are only meaningful with respect to observers who "things" them.


cicerone imposter brings up a valid point. Peer observers that report on events unknown to their peer interlocuters can not merely be disavowed on the basis that their observations are previously unknown by the receiver. What other apparatus is available to one to learn outside of one's own streaming context? Surely, the alternative is solipsism.

If the "event" "occurred" in such a specifically social context, like a goddam pro baseball game, with a multitude of observer reports acting as context, then mightn't that slow the interlocutor's sense of doubt and warrant some consideration?

Mightn't the prospective agreement about what constitutes an event require, rather than their agreement about their observations, the common agreement to regard each the other as observers?

Up to our correspondence, it certainly had no "existence" for me. and your cited "event" will never be my "event", any more than "An Audience with Les Dawson" would be an event for you.

...big word, "existence". What i think you mean is, that you had no prior knowledge of the "event", or the experience to put it in its context. And, of course, it won't be "your event". But it may be an event -- one that belongs to many, all too many observers.

Interestingly (perhaps) that "audience" never actually took place ! A TV show of his edited work was contrived and presented in front of a live audience.

You raise an interesting point, vis-a-vis observation and media presentations, but it's a poor argument to raise between common observers. Do you think that cicerone imposter is a video camera?

1. The concept of "caring" (Heidegger) or "personal relevance" is an essential aspect of what a non-dualist would call "existence". This is not a solipsistic position given that "caring" is a process involving socially acquired language. Such "caring" is a shorthand reference to the fact that "perception" is predominantly active rather than passive.(At the risk of boring you I would cite Maturana's interesting adage that all we call "observation" involves "verbal reporting")

2. A philosophy forum such as this, is an artificial context with respect to normal verbal transactions. I am making claims here about the normal situational usage of the word "certainty". I am not making epistemological or ontological generalizations (except perhaps to follow Rorty in his iconoclastic stance with respect to such claims on the part of philosophers). Thus I argue that no non-baseball follower would ever question the "certainty" of an assertion made by baseball fans about their common interest. That point is a significant aspect of the meaning of the word "certainty" (Wittgenstein "meaning is use")

In short the answer to the question "does certainty exist" is yes in contextual situations which encompass observers in agreement about common focal events. And that is all we can say .

I think know what your saying .certainty can only be observed in terms of relativity in local observations.

No. Certainty is not "observed". It is a word used with respect to agreement.

but does certainty exist as nonlocality in its own right without relativness.certainty can be observed.

Not with respect to a relativistic view of "existence"...no thing exists in its own right.

Obviously it is divinely revealed truth. 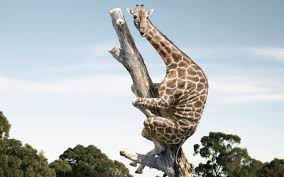 0 Replies
1
Reply Wed 22 Oct, 2014 10:33 am
@Razzleg,
Me, a video camera? LOL
When people deny the existence of an event without being there or learning about it through the media, it proves their environment is non-existent. They deny their existence of 'personal observation' which has no value to anyone else.

Do they also deny that the Giants won the first game of the world series yesterday?

They need to be more observant of their environment. Denying that the game didn't exist is tantamount to ignoring one's environment.
0 Replies
1
Reply Wed 22 Oct, 2014 12:14 pm
@martinies,
Its not a theory. I am following a deconstructive practice with respect to pseudo-philosophical language which assumes that language is representational of an independent "reality", (or "facts" or "events").
1 Reply
1
Reply Wed 22 Oct, 2014 02:23 pm
@Razzleg,
Rather than solipsism, I call that sloppyism.

No one lives in a vacuum.
0 Replies
1
Reply Wed 22 Oct, 2014 02:37 pm
@fresco,
Ok fresco. I believe what your saying is for the most part correct. And the reason I say that is that the action event of the universe only realy exists in one moment like a projection.the projection changes in energy status across time and space. But the cause of the projection remains a certainty it does not move. Yeah your dead right in what you say I reckon. The observer cant be more than the projected moment so the passed only happened like a used film reel.where as the projected moment is action.
1 Reply
1
Reply Wed 22 Oct, 2014 04:39 pm
@martinies,
Beware the word "correct". What I say here tends to resonate with those acquainted with non-dualism or aspects of post-modernism. And as one writer put it, such resonance tends to be "visceral" rather than "logical" in that traditional truth values (correct/incorrect) have been transcended. The central point is that when touching on "the observation of observation" (aka "second order cybernetics") the role of language (or the act of languaging ) tends to be seen as one involved in social cohesion rather than description of "an external world". Thus words like "event" tend to imply nodes in a web of social intercourse rather than "physical happenings".
1 Reply