Honestly, how many voices do you hear in your head?

Forums: Consciousness, Voices
Email this Topic • Print this Page
1
Reply Fri 10 Oct, 2014 06:29 am
@Frank Apisa,
The only voice is mine,
except in my memory of other people. 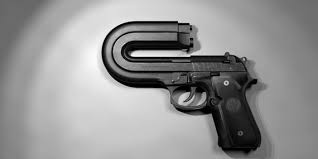 When I am just about to go out the front door, it's Peter Lorre, with things like.."are you sure you locked the back door? You know that gas ring was left on low, don't you..."

When I'm pulling the couch cushions out for the third time that morning in order to find my car keys, it's John Cleese with " I know you're in there, you bastards, just wait 'til I get my hands on you...."


During my acne battling, oat sowing years it would be the voice of my warty Mathematics teacher, Miss Griffin, reciting "Two sevens are fourteen, three sevens are twenty one, four sevens are....." in an effort to make me last as long as possible.


Whilst at the crease (cricket) it would be the famous cricket commentator of the day (can't remember his name) saying things like " The young Aswas is tapping his bat on the pitch as the fast bowler makes his run up. The whole crowd goes silent in anticipation....."

When I'm measuring a piece of wood I'm just about to saw, my Dad's voice always, always pops up with "Remember son, measure twice and you'll always cut once"

When someone cuts me up on the motorway and then has to slam their brakes on almost immediately because of their stupidity, I hear the fat lad from the Simpsons shouting " HA - HAA!"

The others are spot on.

My strategy was similar to your Miss Griffin one, except my was the preposition chart : "about, above, across, after, against, around..... ."

You mean to say you've never even experienced confusion?
It goes something like this: I know I'm right ...No, I'm dead wrong.
You'd be the first to have not ever experienced the phenomenon.


I have never experienced that kind of confusion,
altho I have made mistakes.

Seems like a likely crew as opposed to motley.

The others are spot on.

That has been intimated to me.

That has been intimated to me.

You've been lied to and you liked it.


No; not exactly. It was suggested to me that I was "LIKE" someone from another planet.
My actual natural-born citizenship was not impugned.

0 Replies
1
Reply Thu 16 Apr, 2015 10:40 pm
@Joe Nation,
I haven't any "voices" in my brain meats except my own when I read text, but I do have three opinions on everything.
The first picks the exact opposite view of anything anyone says, why I have no need of something, how something is wrong, and outlines how everything relates to myself or my interests.
The second supports and sympathizes with others views, lists why I need need something, how/if I should correct something that is wrong, and outlines how everything relates to others and their interests.
Lastly the third weighs in on how I want to act at that time in that situation.
Though I do usually choose to follow the second opinion more often than the first as it seems to provide a more cheerful and rosy-tinged worldview. The first opinion has a greyer fatalistic acceptance for everything, it makes me feel everything like I've got carbon dust on my skin-slightly slick, and dryness without dehydration. The third makes me feel like a cat, warm and content, answering only to myself.
That's all I got bruh, though I do wish that I could convey this through better concepts or a different medium.
1 Reply
2
Reply Fri 17 Apr, 2015 05:13 pm
@UnseenEuphemism,
Not a bad summation, an approximation of the kinds of 'voices' I listen to, speak as, debate with....