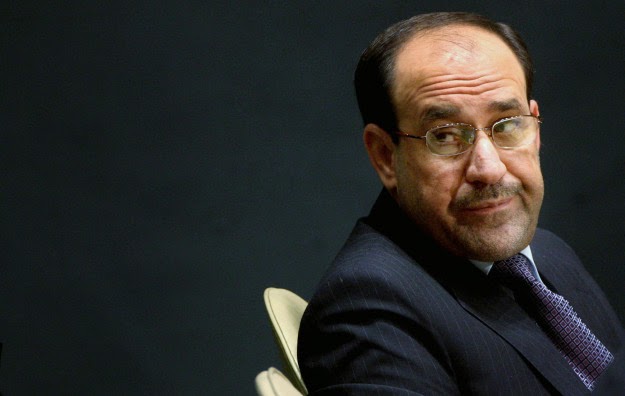 Iraqi Prime Minister Nouri al Maliki spoke for his parliament and cabinet today when he urged the United States to form a more inclusive government that was responsive to more than just the minority of extremely wealthy individuals.

"Polls show less than half of Americans approve of President Obama's performance, record public distrust of the US Congress, and little change economic, trade, budget, tax, and foreign policy regardless of which of the two major parties is in control of the White House or Congress," said Maliki.

"Further, recent studies have shown that American politicians are far more responsive to wealthy donors and past and future employers or business cronies than they are to their constituents even when what the wealthy want conflicts with the wishes of their constituents or actually harms them," he added.

"Therefore, for the stability of the United States and because of the effect their large economy and military presence has on the rest of the world, we ask that they dissolve their government and reconstitute a "salvation government" that is more inclusive of the vast majority and their economic interests and diminishes the influence of money in policy-making, whether through the inclusion of smaller parties or establishing means of direct democracy at the national level or whatever it takes," he concluded....

Maliki went on to say that the United States could learn from Iraq's mistakes before the US suffers an insurgency of its own.

Maliki could not resist ending on an ironic note.

"You know, the US could even learn a thing or two about democracy from us. The American people wanted to end their government's occupation of Iraq almost as much as Iraqis did. The Iraqi government responded appropriately, negotiating for the withdrawal of foreign troops, while the US negotiated fiercely to keep troops in the country and now looks for a way to reintroduce them, despite 72% of Americans saying the war was not worth it. If you think that's democracy, then Iraq still has some hidden WMD's I'd like to sell you."
Type: Discussion • Score: 1 • Views: 1,630 • Replies: 5
No top replies
2
Reply Fri 27 Jun, 2014 06:12 am
@bobsal u1553115,
Doesn't he have other things to worry about? Like surviving until Sunday?
1 Reply
1
Reply Fri 27 Jun, 2014 06:18 am
@woiyo,
He has a point. If we would do that we could focus better on helping his progressive governance survive a threat that affect fundamentally everyone on this planet!
1 Reply
2
Reply Fri 27 Jun, 2014 10:49 am
@bobsal u1553115,
Maybe, but many have tried and failed in that region before.
0 Replies
2
Reply Fri 27 Jun, 2014 11:58 am
@bobsal u1553115,
Quote:

"If you think that's democracy, then Iraq still has some hidden WMD's I'd like to sell you."

Maliki then added, "We have been keeping them under George Bush's desk."

That's just so mean of you! It was Cheney and Rumsfeld's desks! W was just the decider-er.