sounds like a red herring to me....if dumb is taken to mean unable to see Plato's light, and if through getting processed by public education promotes inability to see the light then it is fair to say that schools make people dumb. I think we all probably agree that the collective through schools promotes what it wants to promote, but in this age when the collective is desperate to create docile citizens who will not make trouble perhaps educating individuals so that they can see for themselves is the last thing that we want schools to do.

Couldn´t have said it better myself, thank you!


you are welcome. Think back to the time where the last thing Rome wanted was for the masses to be able to read the Bible for themselves, since it gets in the way of what Rome wants.....is it really so hard to believe that those who run our collectives today would be willing to do the same thing to further their causes? I think not. The obvious fact that the American education establishment is very clearly hell bent on political agenda's ....not R/D, but rather
Quote:

"Politics (from Greek: πολιτικός politikos, meaning "of, for, or relating to citizens") is the practice and theory of influencing other people on a civic or individual level"

http://en.wikipedia.org/wiki/Politics
I think should make us assume that our schools would be used to make or keep people dumb if the runners of the collective thought that there was profit it in.
1 Reply
0
Reply Fri 2 May, 2014 02:45 pm
@hawkeye10,
BTW: I am not liked around here in large part because I refuse to conform to the group-think. In hindsight using my last year at UNI to devour the library rather than on my classes and leaving before taking a degree was one of the best things that I ever chose to do. I got out before I got ruined.
1 Reply
2
Reply Fri 2 May, 2014 03:10 pm
@hawkeye10,
Thank you for that reference to Emerson and allowing me to identify him as an early Transcendentalist. Eastern influences on him such as the Bhagavad Gita would certainly have made him stand out as an original thinker for his time, but the relevance of his comments are somewhat contrived when presented in our current post modernist era of deconstructionism. In short, what some call "creativity" has been identified by others merely a reactionary response to a focal paradigm. (See Derrida on "privileging"). And it is of course impossible to "react" (creatively) unless one has the ability to understand the original paradigm in the first place ! That nebulous concept "truth" doesn't come into it and appreciation of that point requires intelligence, NOT adolescent whining about an anthropomorphic "conspiratorial society with intent to make individuals conform".

Notwithstanding, I sympathize with your attempted usage of this thread to rationalize your failure to complete your course.

please substantiate it with evidence.

BTW: I am not liked around here in large part because I refuse to conform to the group-think. In hindsight using my last year at UNI to devour the library rather than on my classes and leaving before taking a degree was one of the best things that I ever chose to do. I got out before I got ruined.

And i know the feeling, I really do.

Also know that according to this crowd not conforming to the group think by definition makes you ignorant. Think of it like a herd of cows, you are either with the herd or not with the herd, and there will be no debate on whether the beliefs of herd are correct or not.
2 Replies
3
Reply Sat 3 May, 2014 12:52 pm
@hawkeye10,
no.

they will wake up...one day

he just likes to play the picked on black sheep.

this place has a lot of free thinkers.

this place has a lot of free thinkers.


Used to have quite a few, which is why I came here. Most have departed for various reasons, one of which is that gangs of closed minded people roam around A2K attacking those who think outside of the herd. We can still get some good debates going once in awhile, but it is increasingly rare. The only thing that saves A2K for me is that the situation generally in America is even worse, by comparison A2K is a place where truth can be debated.
3 Replies
2
Reply Sat 3 May, 2014 01:25 pm
@hawkeye10,
Quote:

A2K is a place where truth can be debated

Only if everyone agrees with your fenced-in view on all things.

Quehon said: I think that the whole purpose of public schooling is for making people, children, very very dumb and very close minded.
After or in oublic schoolong children will lose their creativity , independence
and their intelligence.
so what to do now?

You hit the nail right on the head mate, state schooling is the Establishment's brainwashing system to try to make kids grow up into timid little robots.
It wasn't so bad when I went to school in the 1950's/60's because then we were taught to see things in clear-cut black and white, but nowadays kids are taught that nothing is clear-cut black/white, and that there are grey areas which must be debated and discussed blah blah.
As a result, later generations have grown up to be timid, unsure of themselves and slightly neurotic.
(Incidentally, ever wondered why the Establishment is so hard on truancy? It's because they want to FORCE kids to go to school to be brainwashed)

What to do about it? Well, parents can take their kids out of the state education system and educate them themselves, thousands do it.
Alternatively, parents can let their kids go to school, but tell them- "Remember, a lot of what teachers tell you is bullshit, so just chill and don't take it seriously"

PS- some people want to ban religion from the classroom, that's because Christianity is the greatest enemy of the Establishment because it teaches that we should reject the stupid world!
For example Jesus's young cousin John was a world-rejecter living rough in the middle of nowhere eating wild food and dressed in near-rags, sometimes going in town to yell insults at the snooty priests and corrupt rulers.
Jesus's verdict on him? -
"John is the greatest man ever to be born" (Matt 11:11)

John vs Herod and Salome

As for Jesus himself, here's his message to us all-

Icidentally, if I'd ever had a son I'd have wanted him to grow up to be like this guy- 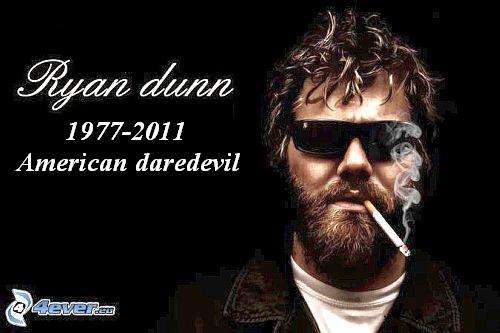 0 Replies
0
Reply Sat 3 May, 2014 01:39 pm
@Romeo Fabulini,
ok many thanks for he first part.
with regards to the second part about jesus, I respect your view , but I don't agree.
My research has showed me there never was a man called Jesus.

BUT you are right that schools want to have NO spirtuality at school, you know, it frees their minds! at that is not what TPTSB want!
0 Replies
0
Reply Sat 3 May, 2014 01:42 pm
@farmerman,
see, you are doing it again! Now..find out what that is!

Icidentally, if I'd ever had a son I'd have wanted him to grow up to be like this guy-


ok, well then this is mine!

Quehon said: My research has showed me there never was a man called Jesus.

That's what the Establishment wants to brainwash people into thinking!
Jesus was seen by the entire nation of Israel plus the Roman garrison, that's a lot of eyewitnesses..

And like I said, Christianity is the sworn enemy of the Establishment, which is why they hate it so much!