What evidence the existence of the Creator of the universe?

If you dig down to a depth of just over a metre, pretty much anywhere in the southern hemisphere (where the soil layer is thinner) you will often hit solid metal plating, laced with ancient iron rivets.
It proves, some believe, that the earth is actually one massive manufactured iron globe. 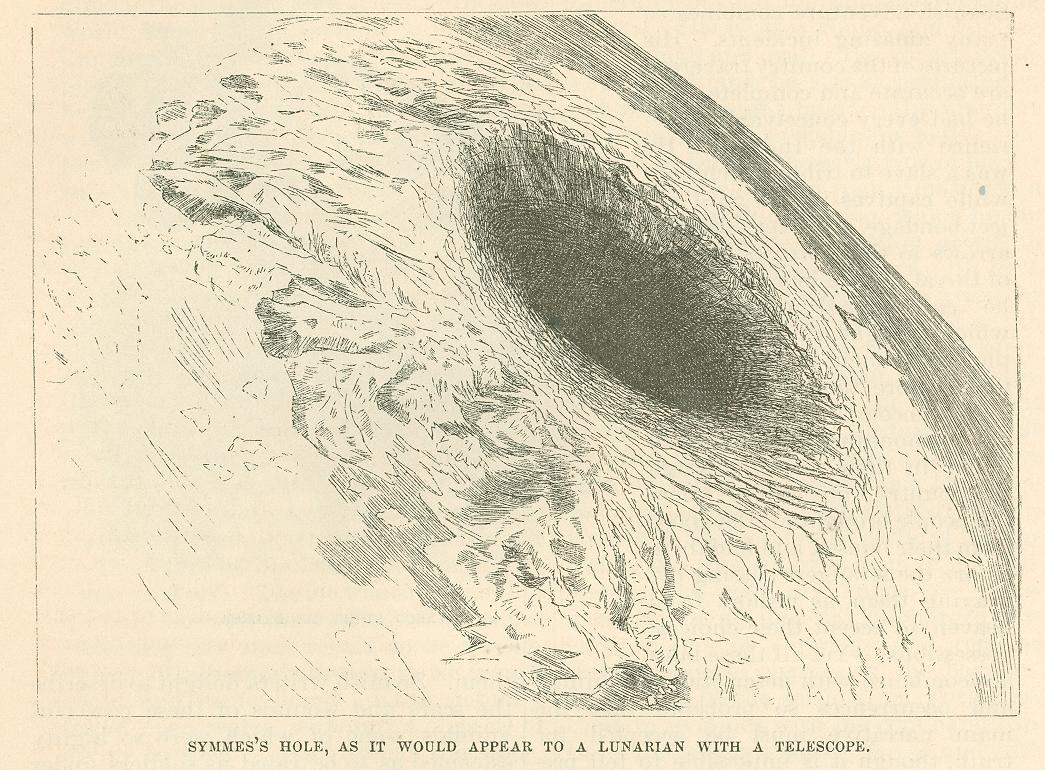 Rap
1 Reply
1
Reply Fri 14 Mar, 2014 01:58 am
@magdo,
None except in the eyes of believers who select "evidence" according to their psychological needs.
No doubt your question is to set up a soapbox for "believers" like hassanelagouz to peddle their self justificatory stories thereby ensuring their personal entry ticket to their "afterlife".
0 Replies
1
Reply Fri 14 Mar, 2014 02:00 am
@raprap,
Ooooh!

Do you think that could be the way in?

Personally, I'd like to think that the interior resembled something akin to the Fern House at Kew Gardens, with a string quartet quietly playing in the background whilst smart waiters serve cream teas with fresh cafetiere coffee.
0 Replies
-1
Reply Fri 14 Mar, 2014 02:12 am

No rational man can imagine a manufacture without a manufacturer, if we look at anything in life that is formed after it wasn’t there; we realize that it must be invented by a scientist and made by a worker or an engineer, or how can we imagine a building without a builder?
Can we imagine any tool or machine like a car or a plane or a cell phone or a television or even a pen without a maker made it or an inventor invented it?
And the same with everything we use at our homes or our societies or our laboratories or our hospitals or our wars and so on, it’s an endless list, no one ever can count.
This marvelous universe with all its galaxies, orbits, stars, air, water, people, animals, birds, insects, fish, plants and all other creatures, can a wise man attribute all this just to coincidence? What is a coincidence? And how can a coincidence invent and innovate thing?
These organized continuous creatures is the biggest evidence that there is a creator created this universe and formed its creatures and pictured them, He is God, Glory to Him, who created all things from nothing, and He has no equivalent and nothing is like Him, He is not mixed with anything, He is as He described Himself in the Koran:
“There is nothing whatever like unto Him, and He is the One that hears and sees (all things)” Surat Ashoura, Verse 11.
3 Replies
1
Reply Fri 14 Mar, 2014 02:25 am
@hassanelagouz,
Was he the one who also invented the cafetiere, and the recipe for apricot madelaines?

Can we imagine any tool or machine like a car or a plane or a cell phone or a television or even a pen without a maker made it or an inventor invented it?

Yess Hass. The first q is always, "Why is there anything at all," answered by the observation that maybe there's something contradictory or paradoxical about the idea of nothingness. In other words, there just
Quote:

to be matter, energy, etc, in one form or another

The second, "Why are things the way they are," a possible approach being, because that's the way they have to be, they can't be any other way. There is in fact some evidence suggesting the physical constants are interdependent, that you can't change one without upsetting others

As to the idea of "invention," the process of evolution that eventually changes that monolithic "black" speck of zero diameter into a Universe of atoms and radiation as well as the subsequent appearance of the humanoid, is all a natural process of evolution

...all this just to coincidence?

Well Hass, yess and no. The usdual repartee is somethinbg like "Anything that can happen, will happen"

….evidence that there is a creator….

The usu idea of a "Creator" is based on limited humanoid contact with reality and the insufficiency of our language, restrained as it is by dualistic tendencies. Eventually leaders of Science and Philosophy will speculate together on a principle now only vaguely comprehended, of a quasi-abstract nature, explaining much now seemingly mysterious

It doesn't mean they'll prove there's no God, only that Her existence or non- will prove to be a merely semantic issue
1 Reply
1
Reply Fri 14 Mar, 2014 02:30 pm
@dalehileman,
This is all very well, but I can't find one single mention of rivets.

An all powerful creator would definitely use rivets.

Or arc welding.
2 Replies
0
Reply Fri 14 Mar, 2014 02:43 pm
@Lordyaswas,
Universal Globular Glue or UGG is the secret stuff of which all things are held together. Not weak nuclear force or any of that scientific electro-mumbo-jumbo clap-trap.
0 Replies
1
Reply Tue 18 Mar, 2014 01:43 pm
@Lordyaswas,
Quote:

An all powerful creator would definitely use rivets.