Gravity the movie, What do you think of It?

Forums: Movies, Spoilers, Spoiler Alert, Gravity, Films
Email this Topic • Print this Page
Reply Tue 8 Oct, 2013 11:25 pm
I saw it in the dinky form of IMAX. The movie was visually stunning and worth seeing for that aspect alone and i have no doubt that this is ground breaking moving making but I dont make movies so I dont really care. my major feeling walking away was sadness that so much talent/money/time has been devoted to such a weak script. I am also offended that that the script writers at certain points ignored reality to get the story they wanted, like when the Clooney character allegedly thinks he needs to let go and die so that the Bullock character can live...... way too lazy, if they wanted to kill the character off they should have done the work to come up with a plausible way to do it. any points added for getting the feeling of being in a space station or in space right (and I love when Mad Men is anal about getting the details right) is lost by the whopper lies told to advance the weak story in my not humble opinion.

I hold the opposite opinion regarding the acting and script. The simple script was pitch perfect. Despite the film's scientific errors (as stated by the world famous scientist, Neil Degrasse Tyson here: http://www.buzzfeed.com/adambvary/neil-degrasse-tyson-trolled-gravity-on-twitter), please remember it's a work of fiction and suspension of disbelief still applies. It's not a frakking Nova or BBC science documentary or astronomy/physics class taught by Stephen Hawkings.

You should have strayed away from revealing spoilers as some people might stumble onto this thread prior to seeing the film to see if its worth seeing in the movie theater (which I believe it totally is) or to wait until it comes out on DVD/Bluray.

I think Sandra Bullock is going to get her second acting Oscar nomination and so far she's my favorite lead actress performance this year.

And yes, there are some people who actually would sacrifice themselves for others. Not everyone is sociopathic, completely selfish, and totally devout to the libertarian way of thinking ... so I believe Clooney's decision is a possible one (albeit a too quick/irrational one at the moment)
1 Reply
2
Reply Wed 9 Oct, 2013 11:30 am
@tsarstepan,
well, thanks to you two, I don't have to go see it.
1 Reply
1
Reply Wed 9 Oct, 2013 11:54 am
@farmerman,
((sheepishly)) Sorry. I forgot to add the spoiler tags onto the thread when I first say it this morning.

Still, you should see the movie as its quite a stunner to look at and Sandra Bullock gives quite a moving performance.
0 Replies
2
Reply Wed 9 Oct, 2013 01:52 pm
@hawkeye10,
I liked it but didn't love it. There were some points of preposterous physics but I'm inclined to grant them some poetic license since this wasn't supposed to be a documentary. The visual elements were very nice and the ending of the film got rolling enough so that I was entertained, but I thought it slowed down in the middle of the film as they did the obligatory exploration of the character's angst at being in such a desperate situation.
0 Replies
2
Reply Wed 9 Oct, 2013 06:31 pm
@hawkeye10,
A recent movie called Europa Report was similar to Gravity in its attempts at technical accuracy. The story was more interesting in Europa Report, but the visuals were better in Gravity.
2 Replies
1
Reply Wed 9 Oct, 2013 07:07 pm
@rosborne979,
the way I look at it if a movie maker learns how to use technology in a new way that allows new things to be done, or old things done better, then I should get a better told story. this is no different than the concept that A more capable language should be expected to tell a better story. why use the great new ability to tell a thin boring story? let it tell a great story.
1 Reply
1
Reply Wed 9 Oct, 2013 08:24 pm
@rosborne979,
I saw very small budget indie, Europa Report in the movie theater and neither the story nor the acting wasn't better then that in Gravity.

I saw very small budget indie, Europa Report in the movie theater and neither the story nor the acting wasn't better then that in Gravity.

It was good film but all it was, was The Blair Witch Project (1999) but in space.

I think its good but over hyped!

Awesome movie it is!! Amazing experience!


ya, you are half right, amazing experience, but most certainly not a awesome movie. you can not have a great movie with at least a serviceable script.
1 Reply
1
Reply Fri 1 Nov, 2013 02:18 pm
@hawkeye10,
He ain't coming back to elaborate on that short review I guess.
~~ 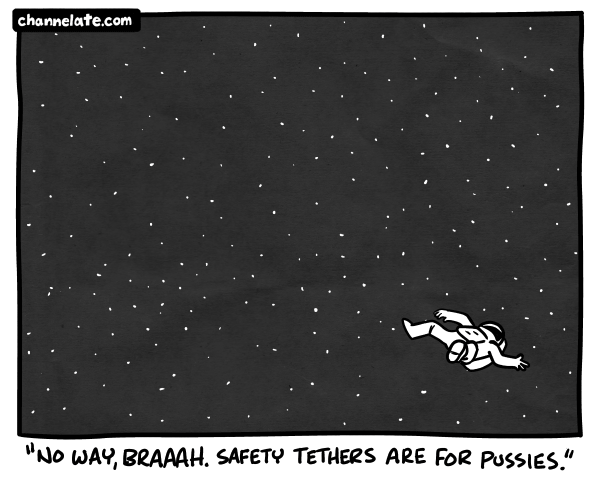