America totally sold out of 22 ammunition 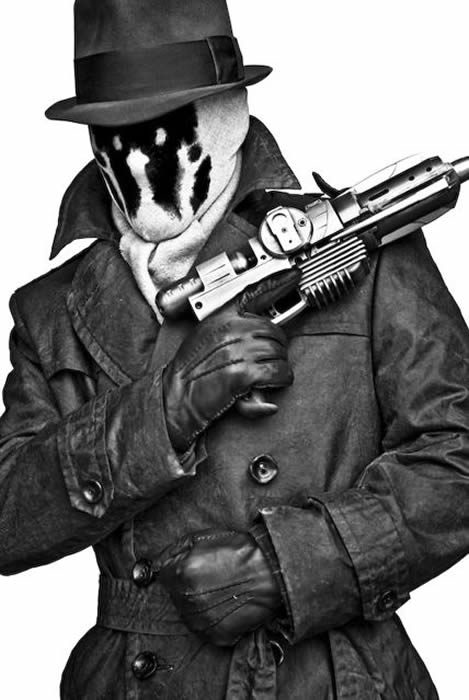 22magnums are the correct answer to get em...

Within a range of 100 meters or so and assuming you can find 22wmr ammo.

Here's what I'd suggest should you decide you need global reach...

243 Is common but nobody uses it for 2'nd amendment rifles, you should always be able to find ammo for it. With 100-gr bullets it can kill whitetails or pigs easily enough and with 70-gr bullets you'd be shooting at over 3000 fps. There isn't much recoil with a 243 bolt gun and with the BAR there shouldn't' be much at all and the semiauto rifle might let you kill two or three woodchucks before they could react, sort of like doubles in skeets...

I had made a 4000fps 228 ,handcrafted for me by a really good gunsmith. Its a single shot, scoped and counterweighted with a thick bull barrel an a bipod and has a trajectory like a sniper rifle. I sold it,we dont have any valleys that wide here in LAncaster County . The guy I sold it to is a coyote hunter from up in Maine .
0 Replies
0
Reply Tue 12 Feb, 2013 10:35 am
@Hulk,
Hulk wrote:

That's a grapple gun by the way.
Rorschach is too cool to use actual guns, kinda like batman.


I made a trip to my local indoor shooting range to function check the Pearce
Grip +1 mag extensions that I recently installed on 5 of my Glock 36 mags.
The place was very busy with folks firing all sorts of weapons... it was great!
Anyway, as I was leaving I took a chance and asked if they had any 40 grain
CCI 22 WMR, the guy smiled and handed me a box of 50... $13.50 out the door.

0 Replies
1
Reply Tue 18 Mar, 2014 08:28 pm
Capitalism at its most efficient. No need for conspiracy theories.
22 rimfire has lower profit margin than centerfire calibers. So manufacturers move their production to where the money is, creating a "shortage" of 22 rimfire.
The most popular and prolific handgun and rifle in the world is the 22 rimfire. That's good for manufacturers because the pent-up demand drives prices from $20 up to $75/brick. This works to perfection because the average reloader can't reload 22 rimfire.
Soon the public will be conditioned to pay the higher price and manufacturers will again move their production to the higher profit caliber. Not much hope the US Justice Department will weigh in on price fixing antitrust issues. They've been challenged enough by the gun lobby to keep their nose out of it. We're on our own. That's the way we want it. Its pure capitalism.
1 Reply
0
Reply Tue 18 Mar, 2014 09:15 pm
@lawbob,
Any possible way a gun club or group of individuals could start to manufacture 22 ammo themselves?
1 Reply
1
Reply Tue 18 Mar, 2014 10:15 pm
@gungasnake,
I don't think I want to be involved. Let's see, sprinkle some primer in the bottom of the case, get it all out to the circumference, and smash it down so the rim forms around the primer. I don't know how they do that, but it's not for me. Anyhow, could you reuse the cartridge? That seems like the most money saving opportunity.

It would be kind of nice to have a .22 correctly loaded for either pistol length barrels or long rifle barrels. I'm really sure they aren't optimal for both. That's probably an advantage to the .25 acp.
1 Reply
0
Reply Tue 18 Mar, 2014 10:31 pm
@roger,
I don't picture ever reloading rimfire brass since after two or three reloads, there would be a possibility of the firing pin coming down on a dead spot the next time. You'd have to melt the stuff down, eliminate impurities, and then reform it.
1 Reply
1
Reply Tue 18 Mar, 2014 11:11 pm
@gungasnake,
That was my thought, along with forming around the primer powder. I'm afraid the game wouldn't be worth the candle.

How's the ammunition situation otherwise?
1 Reply
0
Reply Wed 19 Mar, 2014 04:42 am
@roger,
Haven't really checked recently, but he Obunga EPA just shut down America's last lead plant, so that things do not look good. You can make rifle bullets out of copper and shotshells with steel shot, but 22 ammo is all lead and common bullets are mostly lead.
1 Reply
1
Reply Wed 19 Mar, 2014 04:58 am
@gungasnake,
"Primary leqd smelting only". Whether you know it or not, weve relied on recycled lead for years. Theres only a few things that require virgin lead and the plants (most of them were in Mo) were not operating profitably.

1 Reply
1
Reply Wed 19 Mar, 2014 06:34 am
@farmerman,
I never quite understood that part of it. I have a hard time seeing how using lead for bullets and shotshells wouldn't lead to our needing virgin lead sooner or later.
1 Reply
1
Reply Wed 19 Mar, 2014 07:21 am
@gungasnake,
ammo is a very small part of the lead use in US. >82% is for batteries and sheathing and electronics. (Those require virgin lead). The number of batteries being exchanged produces more lead than our ammo industry needs pwr annum.
The last "Primary smelter" (the Herc facility of Doe Run) was a mine mouth old crappy water and air polluting facility that was politically protected for years. The Arcanum facility on Montana, as a lead sinter producer , isn't even considered a "smelter' and it produces a lot of pimary ;ead. CHina and Australia are the biggest producers and they ha gone into sinter processing from the get-go.
SO, in effect, the US was closing down the old time luddite "melt furnaces" that would take galena ore (a rich lead sulfide that is mined in Mo), and with minimal refining (Theres some GOLD in the Tri STate Galena), theyd merely mwlt the lead sulfide till it burned with SO2 offgases that acidified everything within miles and fucked up the air and water so that old (really good) bass waters hd been acidified since the 1980's.
MEANWHILE, Australia n China installed and deisgned the sintering process plants which are relatively clean and there are several stage collectors and scrubbers etc.
ACTUALLY, being environmentally responsible has been GOOD for the primary lead smelting industry. (Except US, with support from friendly politicians from home states, had defiantly maintained the irtiest industry known under the explanation that it is "good for American business")

Weapons lead is hardly in question, even scrap lead isn't worth a lot .
If you want to look for conspiracies under your bed, Id be more worried about COPPER
1 Reply
1
Reply Wed 19 Mar, 2014 07:40 am
@farmerman,
Installing environmental controls at mines and plants around the world has been good for business in wevery fuckin country except the US. Here, its a political football usd to pit one side against the other and people like gunga buy the "conspiracy " crap.
Iron mining, by using complex asbestos removal systems, is able to reclaim and use ores as low as 2% PROFITABLY. In the US, our old decrepit system of mining and smelting is built on 19th century technology. Same thing with strategic minerals and metals (aluminum, lithium, lead, copper Ti etc)
Most foreign countries are waaaay ahead of us because we, like General Motors, have had this hubris bas on "We know what the fucks good for you"

Businesses in metals extraction and oil and gas CAN be clean and [profitable, we just hve to understand how the economic of environmental controls pays a huge feedback onto a life cycle of production of rsources.

They've spent all kinds of cash to reclaim everything including theor own poop waters (which, on average is re refined annually nd each plant cn reclaim over a million dollars per year)

Theres no conspiracy to "take ammo off the market to control the people". The business as stated above, is purely profit driven and sources of metal aren't at all affected (in fact theres a surplus of secondary lead).

If we ever get together as a people and stop this ankle biting at each side (based on divisive one-issue **** that folks like oral spout), we could see that, with a bit of pressure, we could affect changes so that our industrial processes are forced to KEEP UP WITH THE TECH TIMES , wheremodern life cycle production can be seen to be clean and money making.
Will we ever learn?
Ive only been working in this crap for over 35 years and its sad how insane politics can ruin really good ideas