How do you feel about the anti-vaccinations movement?

Do you think these claims are true? What do you think about the overall repercussions of our decline in vaccinations?

Type: Question • Score: 12 • Views: 3,269 • Replies: 24
2
Reply Fri 11 Jan, 2013 04:47 am
@PinkLipstick,
I'm not sure if their claims are accurate or just an assumption. What I can tell you is that I'm not too fond of the idea of having to receive these "vacations" that are issued by the government. I think that I should have the right to refuse any and all injections/vaccinations if I so choose.
0 Replies
3
Reply Fri 11 Jan, 2013 07:51 am
@PinkLipstick,
Most of the allegations made by the anti-vaccination movement do not stand up scientifically when they are examined.

I don't much care what people do in terms of vaccination as long as they don't bring their children into the schools and general population.

Scientists worked hard to find things to prevent diseases that easily killed populations in the past. I don't have a lot of sympathy for the anti-vaccination whiners. Don't want to get vaccinated? fine. just stay away from the rest of us.
0 Replies
2
Reply Fri 11 Jan, 2013 05:09 pm
@PinkLipstick,
Medically, any parent who does not vaccinate their child is actually guilty of child abuse. Full stop. Try living with polio, or having a child die of measles. My experience (and I am medical) is simply this. I had a premature baby. She was fine after three months. I had her vaccinated against measles at the appropriate age and if I had not she would have died on the spot. She contracted measles despite the vaccination and there was not one white part on her body. The rash was severe and she had fluid in her lungs. The specialists said without the vaccination she would have died. You have no proof that your child would not have had problems either with or without the vaccination, but you DO have proof that vaccinations stop tetanus diptheria, polio, blindness in children due to measles or death and any other vaccination available.


The anti-vax "movement" is anti-science and anti-society. No causal relationship can be found between the vaccinations and these health issues.

Meanwhile, there is a direct causal relationship between people not vaccinating their kids and kids dying as a result.

Furthermore, they put other people's kids at risk by being a disease vector.
0 Replies
1
Reply Sat 12 Jan, 2013 05:40 am
@PinkLipstick,
The first public telephone company in the United States was started a decade after the end of the American civil war. Do you think the war caused telephones?
0 Replies
1
Reply Sat 12 Jan, 2013 06:02 am
There is a study known as epidemiology which looks at the mathematical, the statistical correlation between possible causes of diseases within any defined population. Millions of children are vaccinated every year around the world. If vaccinations were leading to the disease conditions the anti-vaccination crowd is claiming arise, one would expect that at the least, hundreds of thousands of children, if not actually millions of children, would suffer those same effects every year. If they don't (and they don't), the that pretty well rules out vaccination as a cause of the medical problems these people allege that their children suffered as a result of vaccination.

(Sorry, DD, i didn't see your post until i had made my last post.)
1 Reply
1
Reply Sat 12 Jan, 2013 06:16 am
@Setanta,
I know that many forget about renewing a vaccination, some parents just don't bother about preventive paediatric examinations (we've got 14 from birth until the age of 18), some Christian sects have religious reasons against it, but is there really an "anti-vaccinations movement"?
1 Reply
2
Reply Sat 12 Jan, 2013 06:24 am
@Walter Hinteler,
Yes, there really is, Walter. In the United States, at least, they are loud, if not numerous.
0 Replies
6
Reply Sat 12 Jan, 2013 08:01 am
Two months ago, I held a FREE flu vaccination clinic at work - strictly voluntary. In order for the clinic to proceed I had to get a certain number of participants. When the day arrived only half showed up.
I walked around and tried to gather up people and I consistently heard..."I don't believe in vaccinations". Seriously?
Now we are in the midst of a flu epidemic. Only 11% of the population have been vaccinated. Hospitals are running beyond capacity, surgeries are being postponed, schools and businesses are suffering the consequences as well..
Amazingly, or not, all the people at work who didn't believe have fallen ill. And the rest of us have been working double time.
Every year 4000 at minimum people die from the flu in Canada. Doesn't matter the strain..
All the idiots that don't believe in vaccinations should ask themselves the last time they saw or even heard of a person suffering from smallpox, polio, whopping cough, mumps or the measles and hopefully soon, two birds with one stone, chicken pox and shingles.
The whole "vaccinations causes autism" has been debunked repeatedly. I can't believe people are allowed to refuse, however, those same imbeciles are protected by those that do, but only over a certain threshold, and 11% obviously ain't it.
1 Reply
2
Reply Sat 12 Jan, 2013 04:13 pm
@Ceili,
One of your problems is that people persist in the belief that vaccinations weaken the immune system. Tell them that the exact opposite is true, but don't hold your breath.
0 Replies
4
Reply Fri 16 Aug, 2013 05:37 pm
@PinkLipstick,
Frankly I see people who do not allow their children vaccinations as about the same as abusive parents. Do they genuinely not care if their child developes any of these deseases when they are still young enough for it to kill them.What are they going to do lock the kid in the basement and homeschool them.
1 Reply
-1
Reply Tue 4 Nov, 2014 03:18 am
@lexyfranks,
Quote:

Frankly I see people who do not allow their children vaccinations as about the same as abusive parents.

Really???? I think the stupid ones are the ones that vaccinate!!!
sheer stupidity. 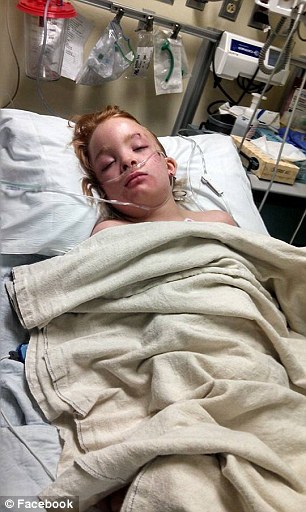 Perfectly healthy' Florida girl, 10, is paralyzed with rare brain infection and can no longer speak - four days after receiving flu shot
Marysue Grivna, 10, developed acute disseminated encephalomyelitis days after getting her seasonal flu shot that has left her paralyzed
The condition, an infection of the brain, affects about 8 in 1,000,000 people
In about five percent of ADEM cases, the patient had been immunized shortly before
Research shows ADEM is more common among those who get infections from viruses like the flu than those who get the vaccine

A new username suggestion for you Qualoonymoth.....

So, No arguments eh? Only Ad hominems again.
Mostly a sign of pwerlessness and a lack of arguments.
Of course that says something about your level, doesn't it?

Or Maybe you can at least try to explain why the use of Ad Hominems?

whas is something I wrote?

A new study finds highly malignant mumps infections in those successfully vaccinated against the virus...

A provocative new study titled, "Epidemic of complicated mumps in previously vaccinated young adults in the South-West of France," reveals that the MMR vaccine, despite generating high rates of presumably protective IgG antibodies against mumps, does not always translate into real-world immunity against infection as we have repeatedly been told. To the contrary, the study details cases where, despite finding the presence of high levels of antibodies against the mumps virus, patients contracted a malignant form of mumps that only rarely follows from natural, community acquired infection.

Vaccine Failure Is Well Established In the Scientific Literature

1 Reply
2
Reply Fri 28 Nov, 2014 01:03 pm
@Quehoniaomath,
With most diseases a vaccine can fail for individuals but still succeed in preventing an epidemic if widely administered. People who don't vaccinate and subsequently contract a disease give it the opportunity to mutate and ultimately overcome vaccinated immune systems.
1 Reply

waking up in the middle of the night freezing cold and drenched in sweat - Question by sleep-suxxxx
Is anyone here - Discussion by Devorah
PLX4032 - Discussion by jespah
Persistent vertigo that triggers several other symptoms - Discussion by christoph3r
Vomiting, Jaundice, Dysphagia, how to get her to eat? - Question by vsector
Masturbation addicts please have a look at this.. - Discussion by Venkat4111
std - Question by shaan13425
Inguinal Lymph Node Swollen for 3 months - several tests - no results - Question by regchamp
Chronic Post Nasal Drip, Cough and Throat Clearing - Question by MIke65yudd
Tinnitus-buzzing sound in the ear - Question by Swethadolly
Can anyone help me get an answer to a sketchy situation? - Question by Chacedubyuh
Copyright © 2022 MadLab, LLC :: Terms of Service :: Privacy Policy :: Page generated in 0.04 seconds on 08/13/2022 at 12:03:33
▲ ▼