Which program is the most important for making comics? Photoshop, Flash, Illustrator or Quarkxpress?

Forums: Comics, Photoshop, Quarkxpress, Illustrator, Art And Design
Email this Topic • Print this Page
Reply Tue 18 Oct, 2011 05:43 pm
I want to make comic books and I would like to know which program is the most important for making comics - Photoshop, Flash, Illustrator or Quarkxpress?

If I can get ONE program right now which one will help me out the most? I have seen people make drawings in Flash, but I was told Photoshop could help you out with layout and design work. I want to make comic book art now and do animation stuff later. I am not an expert in this. Please help.
Type: Question • Score: 1 • Views: 8,757 • Replies: 28
2
Reply Tue 18 Oct, 2011 05:59 pm
@JGoldman10,
You might want to see if you can get this book at the library or purchase your own copy so you'll have the CD that comes with it: 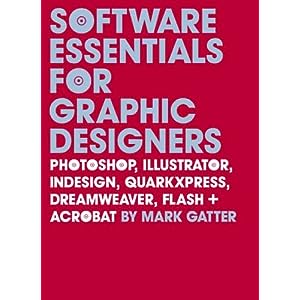 Here are some excerpts from the user reviews (it has 5 5-star reviews):

Gatter chose to concentrate on the seven most popular 2D graphic software programs; Adobe Photoshop, Illustrator, InDesign, Dreamweaver, Flash, Acrobat and Quark QuartXPress. Each program is given its own chapter which begins with an overview of the program, what jobs it can be used for and how it differs from other design programs. The author tries to make the rest of the chapter as version independent as possible, which works to the readers advantage. Instead of concentrating on the new bells and whistles included in the latest version, he concentrates on the basic features which are included in any version. He hopes that by only teaching these basics skills, which are usually the skills you will need on most design projects, his readers will not be overwhelmed with information. Basically, he teaches you the skills you need to accomplish simple tasks with each of the seven software programs and gives you enough knowledge of the software to be ready to learn more advanced skills.

The CD contains the files used in the book and video tutorials that reinforce what you have learned.

Many software manuals are poorly designed or written. Many attempt to cover every obscure function of a program, an approach that is outmoded with extensive online help resources. Worse yet, many teach through step-by-step execution of lifeless projects that may teach the software but also exemplify bad design.

This book takes a sane and refreshing approach: teach the essentials only, but teach them well and clearly. Being a book about design software, the fact that it is well-designed teaches by example (something which is utterly lacking in the design software manual marketplace.)

Gatter makes the sophisticated Adobe Creative Suite applications (and Quark Xpress) accessible to anyone, not just designers. Many designers use the same basic 20% of an application's functionality over and over. That is the focus of this book. Yes, it covers Photoshop and Illustrator and InDesign, etc in about 50 pages each and yes that is enough to get anyone comfortable with the applications. If you need to know more there are many advanced books out there.

This is not a dumbed-down instruction manual. It is a carefully focused one.

If you are not familiar with photoshop, illusrator, dreamweaver etc. and you want to start using them right way with professional qualitie...then buy ths book it is an amazing resource with the right price...and guess what? It gives a free cd with video tutorials and exercises...

3 Replies
-1
Reply Tue 18 Oct, 2011 06:52 pm
@Butrflynet,
I appreciate your input, but I don't have money for that right now. Right now I am getting ONE art program- I need to know which one I should get. I will get the other programs later.

All I know about Photoshop is people use it to create visual effects in cartoons and to create fake photos or digitally alter photos.
Quarkxpress is a graphic arts program- I recall trying to get a job where the people working there used it. They were making ads and brochures with it.
Flash is an 2-D animation program and some artists create 2-D stills with it.
I don't know too much about Illustrator.
1 Reply
-1
Reply Tue 18 Oct, 2011 07:04 pm
Is anyone here an expert on computer art programs?
0 Replies
-1
Reply Tue 18 Oct, 2011 07:10 pm
@Butrflynet,
I am not an expert on these programs- that is why I asked.

I don't know if it was you who tagged this thread as "Why bother asking."

Either Photoshop or Illustrator will be suitable to do your illustrations and add text to them but Illustrator is the better choice of the two as it is vector based, giving your artwork cleaner, sharper lines, as well as allowing it to be scaled without loss of quality.

QuarkXPress is page layout software, more suited to putting your comics book pages together, but not for creating the actual artwork.

If you are looking at getting several of the Adobe programs you'd be better off looking at one of the bundled packages now as this is a much cheaper way of buying them. In that case you may want to look at InDesign instead of Quark. InDesign is Adobe's layout software.

The person gave me links to look at:

I appreciate your input, but I don't have money for that right now.

Do you have a local library? That was my alternative suggestion to purchasing the book.
0 Replies
4
Reply Tue 18 Oct, 2011 08:23 pm
@jcboy,
That was why I suggested the book. It not only compares each of the programs, it also teaches the basics for using each of them and their most-used features.

It would quickly get him off the ground in a running start, instead of having to conquer the learning curve for a new program.
2 Replies
0
Reply Tue 18 Oct, 2011 08:58 pm
@Butrflynet,
There is an assessment training program through my local employment center with with I can teach myself how to use Photoshop, Flash, Quarkxpress and Illustrator. It's a free program and I have put it on hold.
0 Replies
0
Reply Tue 18 Oct, 2011 09:12 pm
@Butrflynet,
I want to learn these programs for job-related purposes also.
0 Replies
2
Reply Tue 18 Oct, 2011 10:37 pm
Unfortunately I can't be a lot of help here. I rarely use the computer to do anything with my artwork except scan it in. I do know how to use photoshop, but I am not any expert by far. A lot of my peers use a mix of Illustrator, photoshop and eye candy. None of them are cheap to buy. The version of photoshop I have is over 10 years old and the last I checked the latest suite was over a thousand dollars. Plus you have to have a graphics tablet to work it anymore.

I have a pending graphic novel that I plan to color completely in photoshop, but until I can afford to buy all the stuff, it is on hold. I know that if you have everything you can find tutorials on how to do some amazing stuff on you- tube and Deviant Art.
0 Replies
0
Reply Wed 19 Oct, 2011 12:09 am
Another person told me:

Learn Photoshop for now, it's the core of a graphics toolbox. Give it at least twelve months of learning, and work big even on small elements (originals of at least 3000px) Get suitable comics fonts, which are a vital element of the comics mix. If you're scanning sketches then of course you need a good A3-size flatbed scanner. If you're then inking and coloring your sketches once they're the screen, you'll want a USB drawing pad and various 'natural media' and 'inking' addon brush packs for Photoshop (there are plenty for free).

But if Photoshop is too daunting/expensive, then be aware that many comics people swear by Manga Studio's brushes for inking scanned pencils.

If you aim to go for animation for animated webcomics later, you'll either want to keep all your character parts and prop parts on different Photoshop layers, for output as animatable elements in SWF format.

Quarkxpress is still a terrible choice to learn, and if you really must go down the print layout route them Adobe InDesign should be your choice.

I'd avoid Illustrator completely (unless you aim to be a work-for-hire pro), as it takes years to learn. If you need to vectorize existing artwork, instead try the cheaper and easier CorelDraw or DrawPlus.

Once you have your backgrounds, character parts, props etc, in SWF, you can animated fairly easily in affordable software like CrazyTalk Animator, which is far easier to animate stories with than Flash.
Source(s):
http://www.blambot.com/fonts_design.shtml

http://myclone.wordpress.com/
0 Replies
0
Reply Thu 20 Oct, 2011 04:35 pm
What are some good programs I can use to color comic strip pages? I think it will be a lot cheaper and faster if I digitally color my comic book pages myself. What are some good professional programs to use? I don't think Photobucket is going to cut it.
0 Replies
1
Reply Sat 22 Oct, 2011 05:33 pm
I downloaded copies of Photoshop, Flash Macromedia, Illustrator and Quarkxpress. I inputted generated serial numbers for those programs - if I go to register those programs on line would I run into programs? Please help.
2 Replies
3
Reply Sun 23 Oct, 2011 10:57 am
@JGoldman10,
Of course you would. You can be prosecuted..and personally I'd be more than happy to turn you in to each of those companies.

In some cases when free versions exist, your only entitled to usage of a limited functional version that expires in a short timeframe..not full copies.

Those serial numbers you have are not for paid LEGAL copies of the program. Your doing so would be stealing. You'd be depriving a software company and hard-working software developers of their just compensation.

Do you not understand how software licenses work? Those programs would cost thousands of dollars.
0 Replies
2
Reply Sun 23 Oct, 2011 11:21 am
@JGoldman10,
JGoldman10 wrote:

I am not an expert on these programs- that is why I asked.

I don't know if it was you who tagged this thread as "Why bother asking."

I am TIRED of people doing that.


What is wrong with you that makes you OPENLY ignore ...

You might want to see if you can get this book at the library or purchase your own copy so you'll have the CD that comes with it:

In Butrflynet's advice. You do realize that even if you buy a drawing program, you WILL NEED TO KNOW HOW TO USE IT. If you are asking this question on which program is the best suited for your needs then it is likely you will need a guide to use it. Drawing programs are for professionals and aren't necessarily user friendly.

Butrflynet's advice in getting a book from the library is solid.

Plus what makes you think a2k is a forum overstuffed with professional designers and graphic artists? And what population we may have here ... you most likely directly or indirectly burned those bridges so they wouldn't likely help you in the first place.
2 Replies
1
Reply Sun 23 Oct, 2011 03:41 pm
@tsarstepan,
I am aware of that. There's a job assessment program I can register for through my local employment center that teaches people how to use these programs. I have working copies of these programs- now I am going to use this assessment program to teach myself these programs.
1 Reply