What are your favorite little known Hollywood facts and secrets?

Forums: Movies, Humor, Films, Movie Trivia, Hollywood Secrets
Email this Topic • Print this Page
Reply Sun 16 Oct, 2011 09:44 am
Most people lament the openly discriminatory omission of the Academy against Wilson, the volleyball from Castaway (2000). They argue that the Academy should have nominated Wilson for Best Supporting Actor. But in fact, Wilson should have been credited and nominated for...

Best Editing. Little known fact. Wilson was responsible for editing 51% of the film. But since he wasn't a member of the American Cinema Editors (ACE) so he was blacklisted. Most people also don't know he interned on the set of The Godfather Part II. 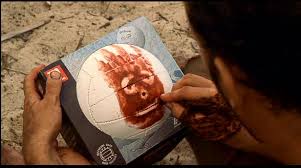 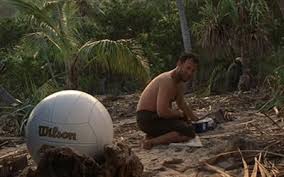 1 Reply
2
Reply Sun 16 Oct, 2011 10:51 am
Many people are not aware of who the REAL mastermind and original financier of Hugh Hefner's Playboy empire was.

the volleyball Ms. Buns. do try and keep up.

Clearly taken from Heinlein's ball-like juvenile Martian in Red Planet? But, of course, that was Willis....

Don't patronise da Bunny.
1 Reply
4
Reply Sun 16 Oct, 2011 11:26 am
Lassie, the character of a female collie, was played onscreen by a male dog. The film studios wanted a larger dog that didn't shed the way female collies do.

This gender misrepresentation caused countless miseries for the dog. He could be heard muttering, "I am not a bitch," in his sleep and as he was forced to respond to, "Cmere, girl."

Years of overcompensation left hundreds of puppies in his wake. Years of expensive therapy did not help. Where were the ASPCA and the American Humane Society? Large contributions made to these organization in Lassie's name leave many unanswered questions.

Did you hear the rumor that the MGM lion was in fact, an Australian drop bear in a lion costume. It's true! For most of the studio's use of their iconic marquee or at least since 1933, the studio has been using drop bears from a particular Australian mob family (whose story has been depicted recently in the film, Animal Kingdom (2010))

They first used a lion in 1924 but according to Charlie Chaplin's contract with the studio, he could pick one thing a year to deep fry and eat. And that year? He picked Leo.

So to replace that one particular lion, the studio decided to go on the cheap. From 1925 to 1932, the studio went with a cute and spunky up-and-coming actress.... If you guessed Minnie Mouse? You're right! She worked for chunks of cheese and cheap wine at the time before she made it big.
2 Replies
2
Reply Sun 16 Oct, 2011 12:36 pm
@dlowan,
don't threaten da bear.

Only in Hollywood.
0 Replies
1
Reply Sun 16 Oct, 2011 03:45 pm
Carmen Miranda didn't wear underwear and was rumored to stash cocaine in the heels of her shoes.

Yes, the original Rinty was a dark, wolflike dog, smarter than a lot of people I know.

Oops. Off the subject. Sorry. You touched a noive.
1 Reply
1
Reply Sun 16 Oct, 2011 04:33 pm
@Roberta,
Roberta, I had a real German Shepherd that I called Ebony. Named him after Otto Von Bismark. He saved my life once.

We already know that The Ghost and the Darkness were two FEMALE lions. That was a misconception in the movie.

Sorry, but the maneaters of Tsavo were not females. They were male lions--without manes, which means they were young.
1 Reply