Forums: Writing, Creativity, Comics
Email this Topic • Print this Page
Reply Mon 4 Jul, 2011 05:19 am
Hi. I am writing a comic about streetfighting cats and dogs who fight crime. I am trying to figure out what jobs would my two main characters have - what jobs would be ideal for tough guys/ streetfighters?

I came up with:

What other jobs are ideal for tough guys/ streetfighters?

I am open to suggestions - please list as many as you can. Thank you. 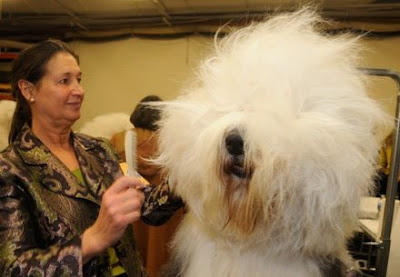 
Thank you - bartender would work in an Old West setting or some other Western/country setting.

What kind of driver are you talking about?
1 Reply
-1
Reply Tue 5 Jul, 2011 02:43 pm
@djjd62,
WHO SAID COMIC BOOK OR ANIMATION HISTORIANS DON'T EXIST? I WAS AN ANAIMATION STUDENT, I KNOW ABOUT THEM. I WANTED TO KNOW IF I CAN MAKE GOOD MONEY WORKING AS ONE.
0 Replies
0
Reply Tue 5 Jul, 2011 04:58 pm
Fitness coach or gym instructor or gym manager is ideal- a lot of tough guys are conscientious about their health and physique.

I went elsewhere and was told by three different people:

You can include the profession of a bodyguard, hunter or an animal trainer since most of them are tough. You can also include the option of a bully or leader who is cruel and has mean characters or leadership skills, more like a dictator. Another option is that of a mean teacher or instructor maybe on how to behave in the comic setting or one who gives rules on where the characters should or shouldn't go to or things they can't do.

Some of your ideas are great. How about these: bouncers, loan sharks,street gang leaders,angry cops,football players,boxers,wrestlers,crooked politicians, it depends on the target range for readers.

Someone in the military
detective

I already have some of these ideas.


Thank you - bartender would work in an Old West setting or some other Western/country setting.

What kind of driver are you talking about?

Or are you saying that humans don't count as an entity?
1 Reply