Your Quote of the Day

So, raw chicken can have salmonella, but raw salmon can't have chickenella.﻿

“The really dangerous American fascist... is the man who wants to do in the United States in an American way what Hitler did in Germany in a Prussian way. The American fascist would prefer not to use violence. His method is to poison the channels of public information. With a fascist the problem is never how best to present the truth to the public but how best to use the news to deceive the public into giving the fascist and his group more money or more power... They claim to be super-patriots, but they would destroy every liberty guaranteed by the Constitution. They demand free enterprise, but are the spokesmen for monopoly and vested interest. Their final objective, toward which all their deceit is directed, is to capture political power so that, using the power of the state and the power of the market simultaneously, they may keep the common man in eternal subjection.

0 Replies
1
Reply Tue 28 Aug, 2018 06:16 am
Being Irish, he had an abiding sense of tragedy, which sustained him through temporary periods of joy.

0 Replies
1
Reply Tue 11 Sep, 2018 08:31 am
“If you tell a lie big enough and keep repeating it, people will eventually come to believe it. The lie can be maintained only for such time as the State can shield the people from the political, economic and/or military consequences of the lie. It thus becomes vitally important for the State to use all of its powers to repress dissent, for the truth is the mortal enemy of the lie, and thus by extension, the truth is the greatest enemy of the State.”
-- Joseph Goebbels
0 Replies
2
Reply Thu 13 Sep, 2018 09:59 am
It's just a job. Grass grows, birds fly, waves pound the sand. I beat people up.
Muhammad Ali

0 Replies
1
Reply Thu 27 Sep, 2018 08:21 am
The great question that has never been answered,
and which I have not yet been able to answer, despite
my thirty years of research into the feminine soul, is
'What does a woman want?'
Sigmund Freud 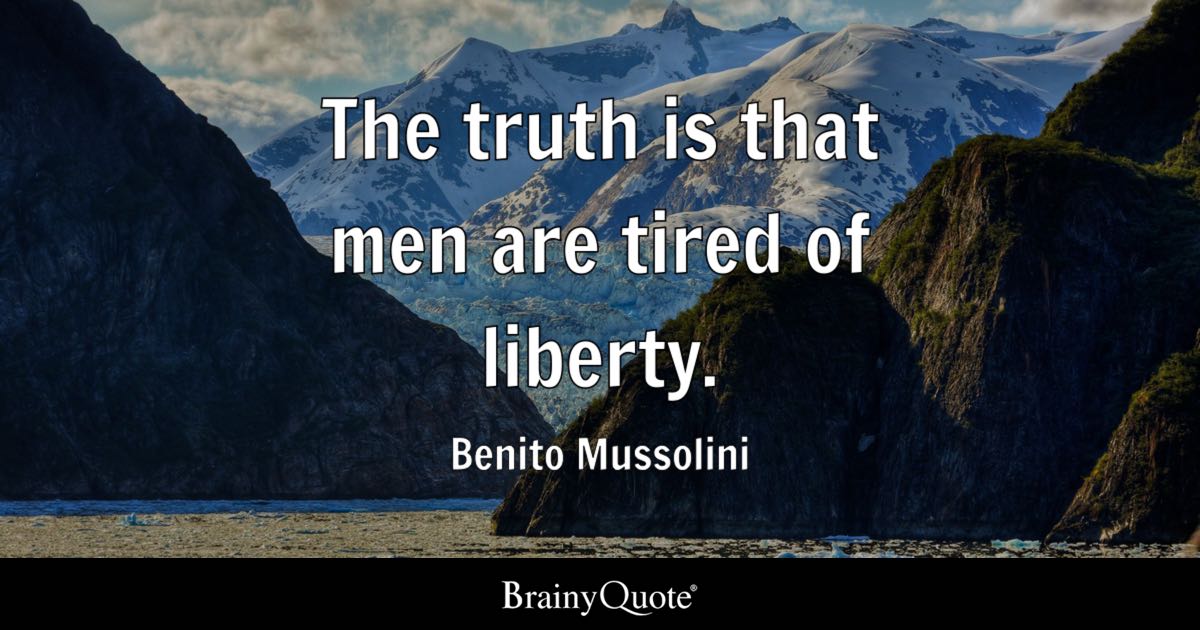