Are funny animal comics and other cartoony comics still popular or as popular as other comics?

Since toddlers really don't have any spending power, these comics are limited in terms of popularity.
2 Replies
0
Reply Sun 6 Mar, 2011 03:46 pm
@tsarstepan,
Cerebus the Aardvark and TMNT were geared more for teens and adults.

They had some Mighty Mouse comics and Woody Woodpecker comics that came out in the '90s.

Are '80s and '90s comics considered "ancient"?
1 Reply
3
Reply Sun 6 Mar, 2011 10:17 pm
@JGoldman10,
Yes I did answer it. To reiterate and expand: the general reading population (especially if considering a YA reader population) and to the publishing world, 80's and 90's comics are considered ancient AND quaint. And Quaint isn't a loving friendly label. 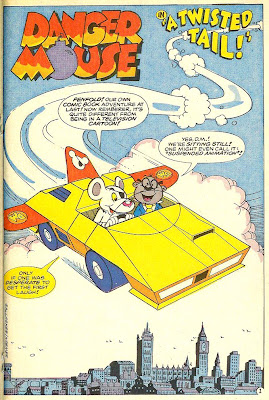 I wish I had known about this.
0 Replies