I'm writing a multicultural comic book-I want to know what's your views on these ideas?

Forums: Culture, Cartoons, African-American, Comics, Black
Email this Topic • Print this Page
Reply Thu 17 Feb, 2011 04:06 pm
I am writing a multicultural family/kids comic book about streetfighting cats and dogs. Is it bad to use certain breeds of cats and dogs to represent different races/cultures? They've been doing stuff like that in cartoons and comics for years. I don't see anything wrong with that as long as they aren't racist ethnic caricatures.

Is this a bad idea to put in a comic book?

I'm writing a comic book about street-fighting cats and dogs, and they live in cat-and-dog towns. I want to make rabbits criminal and hail from a town that's a rabbit version of Brooklyn, NY- Bucktown. (Get it? Bucktown is a nickname for BrookIyn, and male rabbits are called bucks). I got that idea from some old hip-hop songs:
http://www.youtube.com/watch?v=UP2mlvJkAPY
http://www.youtube.com/watch?v=nRNBY4BvylU
I want to have some "black" gangster bunnies attacking the cat-and-dog towns and going to these towns and acting like "dirty rabbits."

Is this idea offensive? I'm black-I don't see anything wrong with it.

I didn't say they all the bad guys were going to be black.


some of them could be italian 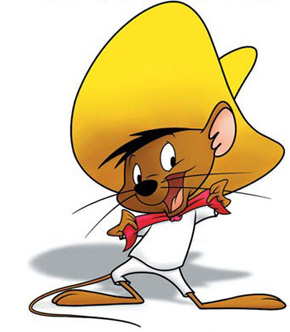 the only evil rabbit i know is white, and smokes

An animated character who appeared with Paula Abdul in some videos. I don't consider him a culturalistic stereotype-he's more of a black caricature.
2 Replies
1
Reply Thu 17 Feb, 2011 06:47 pm
@Green Witch,
Cats and dogs are the main ones. I'm not sure about the rabbits.
0 Replies
1
Reply Thu 17 Feb, 2011 06:51 pm
@JGoldman10,
i'm proud to say i've never seen a paula abdul video

in fact i've never seen paula abdul on anything
0 Replies
2
Reply Thu 17 Feb, 2011 06:58 pm
@JGoldman10,
I do remember it (yeah, I'm that old) , but I don't remember specifics as to how the character acted. Maybe instead of focusing on the "race" of your comic animals you can focus on their environmental conditions. Animals from the poor inner city will have certain traits as would an animal living in the luxury district. No race needs to be implied, just class.
1 Reply
1
Reply Thu 17 Feb, 2011 07:04 pm
@Green Witch,
He acted like Will Smith.
1 Reply
1
Reply Thu 17 Feb, 2011 07:38 pm
@JGoldman10,
I'm guessing the cats and dogs may triumph over the evil ones.
1 Reply

Why Chinese Mothers are Superior - Question by Linkat
Beached As Bro - Discussion by dadpad
Is culture really all about terror management? - Question by FBM
I need to interview someone of a different culture - Question by Stephy2012
What types of things are Hispanic women/Latinas into? - Question by JGoldman10
Do Plants Have Feelings Too, And If So, Should We Eat Them? - Question by mark noble
Songs That Define a Generation...Or the World - Discussion by Bella Dea
The Huggy Generation - Discussion by sozobe
Movies about the conflicts bewteen America culture & other cultures - Discussion by Melodyzhong
Indoctrination not taking place? - Discussion by Baldimo
Where are our manners? 8 easy steps to get them back - Discussion by Robert Gentel
Copyright © 2022 MadLab, LLC :: Terms of Service :: Privacy Policy :: Page generated in 0.03 seconds on 11/29/2022 at 09:28:22
▲ ▼