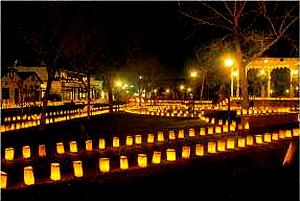 I happen to be an Illuminatus. Our objective is to bring the world peace and stability.

0 Replies
1
Reply Sat 12 Feb, 2011 09:05 pm
@Rockhead,
The bottom of the bags are filled with sand. Also, many now are formed plastic bags with light bulbs inside. They come wired together like Christmas tree lights.

Is there suffecient proof that the Illuminati are real...

Is there suffecient proof that the Illuminati are real

0 Replies
1
Reply Sun 13 Feb, 2011 06:23 am
@Ali phil,
I was just thinking. Satan is a Christian deity. People only believe in Satan because they believe the Christian Bible.

This means that any Satanic group is also a Christian group.

I was just thinking. Satan is a Christian deity. People only believe in Satan because they believe the Christian Bible.

This means that any Satanic group is also a Christian group.


Haha what bro naah.
Islam, Christianity and the Jews believe that satan is real.
Which is the majority of the world.

The Christian view of Satan is quite a bit different than the Jewish view of a "Hinderer". Jews do not believe in the Christian Satan.

1 Reply
0
Reply Mon 14 Feb, 2011 06:05 am
@maxdancona,
Came from christianity? No it came from the Qu'ran And Hadith like All islamic Beliefs they don't believe anything based of off christianity, but it is in fact the same god and Jesus was a muslim a profet of Allah.
God gave Jesus or Isus the gosple and it got changed as was the Tora, the Qu'ran is the final book of god, and has and always will be unchanged untill the day of ressurection.

In the Quran Jesus is called "the messiah". He was born of a virgin. He did miracles and He will come back again. Many (not all) of these ideas are the same as the ideas on the Bible.

The people who created the Muslim religion didn't do so in a vacuum. They took the ideas of different cultures and existing religions. It is pretty easy to trace the ideas of both Judaism and Christianity (which early Muslims had significant contact) in the newer Muslim religion.

Of course this isn't only true with Islam. It is pretty easy to trace the ideas of Christianity to earlier religions other than Judaism. For example, the idea of a savior coming from a virgin birth predates both Judaism and Christianity.

Religion comes from humans. Humans base their new ideas on older ideas.

1 Reply
1
Reply Mon 14 Feb, 2011 10:14 pm
@maxdancona,
Nooope. The only reason the religions have so many parralles is because the Gosple and the Qu'ran where sent by the same one God Muslims only believe in what is written in the hadith and Qu'ran.
Nothing in islam has been made to apiese or suit previous religions.
Jesus was a prophet of Allah, same as noah Abriham etc, The Kaaba, which is what Muslims pray was origionaly made by the Prophet abraham.
Islam wasnt designed of already excisting religions it was the perfection of the message of God which was brought to man kind from earlier prophets (Such as Jesus)

The ideas that I see in Islam, Christianity and Judaism, from the virgin birth, to the afterlife, to even the Satan character, can all be traced along trade routes. The people who wrote the Bible and the Qu'ran certainly had heard of these earlier ideas from travelers or worldly members of their communities.

There are ideas in Islam that can be directly found in writings from polytheistic religions far before the discovery if Islam. However, these ideas are all derived from religions that are connected to the Middle East, you have virgin birth and resurrection from the dead for example which can be traced far back. But you don't have reincarnation, or a world turtle which are equally ancient beliefs, but aren't from cultures that the creators of Islam would have had contact with.

You obviously believe in the religious narrative, and I am fine if that makes this word of god thing make sense to you.

But to me who doesn't believe in the word of god, seeing how these religious ideas were developed by people over generations and passed along trade routes is more than a coincidence.

There is a group of people in the US who run around talking about how the Illuminati are bent on world domination and are taking (or have taken) all of our freedoms away. They have all sorts of theories about how world leaders and organizations are all part of this grand evil conspiracy.

However, these people, in my experience, tend to hate Muslims. These are the crazy nut jobs you see worrying about Sharia law and trying to stop mosques. Most of these people have a rather extreme Christian world view that sees Islam as a force of evil.

I am a bit surprised to hear a Muslim talking about the Illuminati.