Forums: Truth, Reality, Philosophy, Mind, Infinite
Email this Topic • Print this Page
Reply Mon 11 Oct, 2010 04:41 am
It's been on my mind for a while and I'de like others opinion. Like in my signature, can anything be absolutely true? Perceivable truth could be due to our naïve sense of perception. But since certain things have variability and could turn out to be completely different than what was originally thought (like Psychology). Then such things could turn out untrue. Doesn't, or shouldn't this principle go for everything else?
Type: Discussion • Score: 25 • Views: 51,100 • Replies: 973
1
Reply Mon 11 Oct, 2010 05:38 am
@Hermod,
Absolute truth? 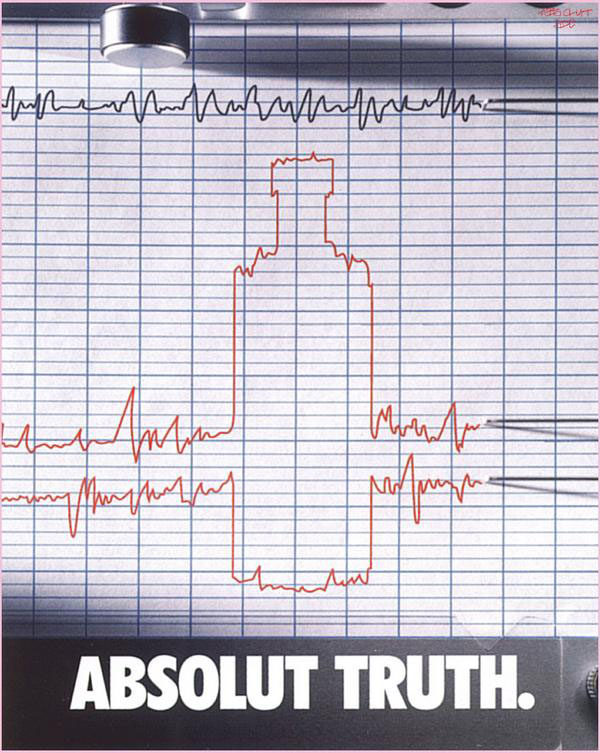 There is no 'absolute' truths, because there is no system of decision that is 'absolute'..see Godel's theorems...there is no unique 'system' that can demonstrate all truths.

It's been on my mind for a while and I'de like others opinion. Like in my signature, can anything be absolutely true? Perceivable truth could be due to our naïve sense of perception. But since certain things have variability and could turn out to be completely different than what was originally thought (like Psychology). Then such things could turn out untrue. Doesn't, or shouldn't this principle go for everything else?


The term, "absolute truth" has been used in a lot of different ways, so that it is not immediately clear what you are asking about. From what you say, it looks as if you mean by saying that a belief or maybe a statement, is an "absolute truth" only if it could not be false, and not merely is not false, and so that no one could be mistaken when that person believed it was true. . So what you really seem to be asking is whether there is anything we can believe that it is impossible for us to be mistaken about. In other words, whether we can be completely (absolutely) certain about anything. So, your questions seems to me to be more about certainty than truth, for we could all have a true belief about which we are, nevertheless, certain that it is true. I wonder, though, whether I am on the right track, and whether I am right about the question you are asking. [ In philosophy (unlike in the sciences) I think it is at least important to consider the question, and what it means, before trying to answer it]. So before even trying to answer your question, I'd like to know whether what I think is your question really is your question. There is no point is trying to give an answer to a question you did not ask. Isn't that true?
0 Replies
0
Reply Mon 11 Oct, 2010 10:00 am
@fresco,
How so ? Is n´t hat a bit of stretching the labelling ?
Where is the need for a creator as classically been defined by Religions ?
Could you in turn think of relative Truth without ever stablish to what is it relative in a relative chain of relatives ? Again you seam to be speaking on Knowledge and its limitations, instead of what is or is not to be...
1 Reply
1
Reply Mon 11 Oct, 2010 10:18 am
@Fil Albuquerque,
...answer already given above ....Godel's incompleteness theorem.

Systems can be infinitely nested in either direction. Pragmatism determines determines the level of significance of subcomponents or macro-structures.

1 Reply
1
Reply Mon 11 Oct, 2010 11:16 am
@fresco,
Yeah, I knew you would came to that...yet there is still a pattern process going on with a set of rules kicking forward or backward...Godel´s incompleteness is about knowledge and not about Being...and just to make my point enough clarified what I am trying to convey reminds me of Cantor and its Infinity´s with size...or should I say Infinity´s with form and rules... (if not to stretch to much the idea)

A circle for instance is itself a sized infinity where the end and the beginning fuse together in a perpetual motion chain of cause...considering motion a factor, seams to be the problem on this reasoning...

What is the referent for change ? Why there are repeating patterns ?

But again let me remind I am not a Mathematician, nor a Programmer and neither a Logician, so it will naturally hard for me to convey to what I am at...
1 Reply
1
Reply Mon 11 Oct, 2010 12:10 pm
@Fil Albuquerque,
For me being/existence always involves a two way relationship between observer and observed. (I don't intend to argue the case again here). Knowledge is about the observer predicting the nature of such relationships. Like Berkeley I adopt the adage "to be is to be perceived", but unlike Berkeley I do not evoke "God" as an ultimate (absolute) observer. Hence I argue there is no "absolute truth".
1 Reply
1
Reply Mon 11 Oct, 2010 12:37 pm
@fresco,
And I am OK with your confidence...Truth does n´t have to be fully known or simply to be know at all, in order to be...granted we "grasp" the rules, we can leave the chain alone...
God is also out of my perspective on this...
Now out of common sense, I just want to believe in something rather then nothing...without Truth there is no substance, whatever that substance might be, you have a building on air, or if to take you to the full, you don´t even have a building...in fact and without any sense of provocation on this, what is it that you have ? Meaning ? Meaning on what ? Social ? Social is just more meaning...what is there, that you can have ?

...without any referents, nothing is left standing...no change, no meaning no relativity, nothing at all...an absolute in itself !
0 Replies
1
Reply Mon 11 Oct, 2010 03:04 pm
@Hermod,
Of course there is an absolute truth. Why wouldn't there be? Thing is that we can never know when a truth is absolute. Even if I should stumble upon such a truth, I could never know that I had and would seamlessly move on with my life of relative perceptions.
0 Replies
1
Reply Mon 11 Oct, 2010 03:06 pm
@fresco,
fresco wrote:

...except for religious believers.


There was no rain in New York City on Monday, October 11, 2010. If true, that proposition was true a million years ago, and it will be true forever.
3 Replies
1
Reply Mon 11 Oct, 2010 05:59 pm
@kennethamy,
If there was no rain in New York that day that is a fact, and I am pretty sure that you understand that if you were to say that to someone even just a thousand years ago, they wouldn't have found any meaning in it, and it would have been discarded as nonsense.
1 Reply
1
Reply Mon 11 Oct, 2010 06:27 pm
@kennethamy,
kennethamy wrote:


There was no rain in New York City on Monday, October 11, 2010. If true, that proposition was true a million years ago, and it will be true forever.


There was no rain in New York City on Monday, October 11, 2010. If true, that proposition was true a million years ago, and it will be true forever.


Isn't a kinda big word for such a thing?

He asked for an example of an absolute truth, so I gave an example.

That's not my point weather you gave him an example or not, point is ..is it a good example? Maybe I'm wrong, but I would imagine "absolute truth" be something that has many uncertanties conneted with it and difficult to precive ..etc, when your example is very simple and straightforward.
2 Replies