Forums: Photography, Paris, Art, Travel, Culture
Email this Topic • Print this Page
Reply Sat 2 Oct, 2010 01:19 pm
I've never been there, and am unlikely to be there in my future, so my Paris is a place in my mind culled from travel articles, novels situated in Paris, and photography of Paris, by many, including movies. Oh, and the Paris of paintings. And of remarks by friends who have been there on visits, or lived there for a while. 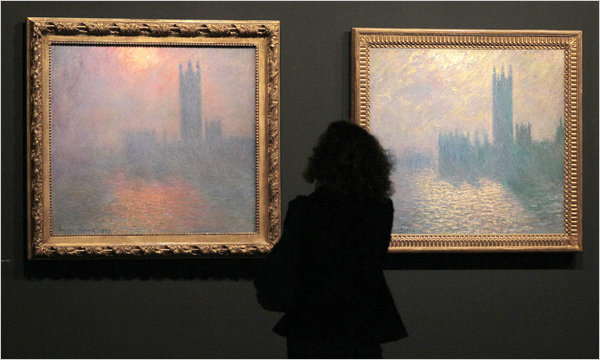 Jacques Demarthon/Agence France-Presse
A visitor takes in two views of the House of Parliament by Claude Monet at the current show at the Grand Palais in Paris. 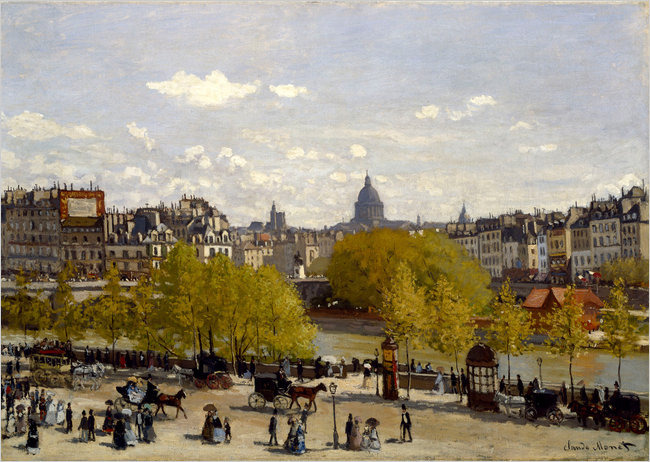 Gemeentemuseum, Den Haag, The Netherlands(on loan)
“Quai du Louvre,” from around 1867, part of a major re-evaluation of Claude Monet’s work now at the Grand Palais in Paris.
0 Replies
1
Reply Tue 5 Oct, 2010 11:10 am
@ossobuco,
I'll watch the video tonight. Can't seem to get videos to work here at work.

a guardian article with a list of ten regarded bistros, with photos and descriptions -