The Best TV Character Ever

1 Reply
1
Reply Sun 26 Sep, 2010 09:40 pm
Sir Humphrey Appleby
0 Replies
1
Reply Sun 26 Sep, 2010 09:59 pm
The reason I picked Paladin early on is, he was superbly played by Richard Boone as a man of the world in San Francisco - wealthy, sophisticated, a ladies' man. But, once he donned his black outfit and hit the trail, he was rugged and resourceful and an expert with a gun. Principled and judicious. He had been a military man, but once he got out he wasted his life, gambling, partying - Until a man named Smoke taught him a lesson and he reformed to call himself Paladin - which is the only name he ever used in the series. He handed out business cards: Have Gun Will Travel
Wire Paladin, San Francisco.
0 Replies
1
Reply Mon 27 Sep, 2010 07:31 am
'Kookie' from 77 Sunset Strip

Mike Stivic 'MeatHead' (Rob Reiner) on All In the Family

George Jefferson on All In the Family and The Jeffersons

Florence Johnston (the maid) on The Jeffersons

Dudley Dooright of the Mounties on Rocky and Bullwinkle Show

The Best TV Character Ever 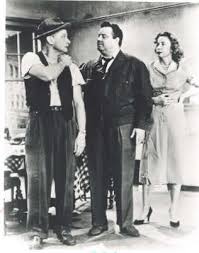 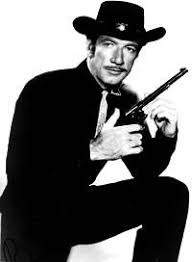 Hey, what about Trixie?

Hoppy? I remember Hoppy and Topper. Never missed that show.

I never watched the Muppets. Does this make me un-American?