http://www.buzzfeed.com/patricksmith/the-spider-of-your-worst-nightmares-is-just-casually-hanging#2jbufda
2 Replies
2
Reply Thu 21 Aug, 2014 02:24 pm
@tsarstepan,
I saw a black widow in the house last night. Am currently plotting ways to kill her without destroying the house.

With ones on the ceiling, you have to watch where they fall and be prepared to move fast.

Are black widows fast movers?
1 Reply
1
Reply Thu 21 Aug, 2014 04:02 pm
@dlowan,
I don't think they are especially quick, but hard to tell. On the rare occasions I've seen them out of the web, they didn't seem especially fast. They do construct the webs in areas that don't give you a clear shot at them. They seem to start with a corner where two walls meet the ceiling and branch out to both sides and the floor. I did spray the general area, including crevices. Just no way of knowing if she was affected.

This may be an opportunity for the daddy long legs to strut their stuff. They invade friendly spiders' webs and kill the occupant - which is why I don't like them. Not sure the want to tangle with a full grown widow, or not.
1 Reply
1
Reply Thu 21 Aug, 2014 04:03 pm
@roger,
A black widow web is pretty much the definition of a cobweb, by the way.
0 Replies
1
Reply Thu 21 Aug, 2014 04:17 pm
@dlowan,
dlowan wrote:

Doesn't he know they can leap? 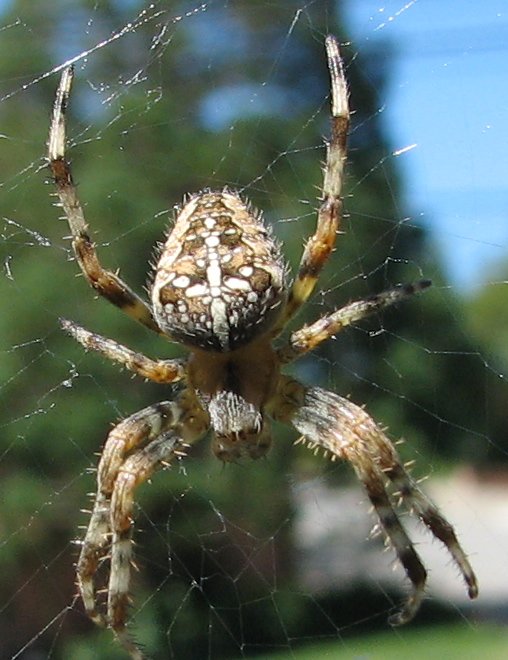 Millions of giant spiders are set to invade UK homes, experts warned this week. The warm autumn weather has provided bounteous food supplies for spiders, in the form of flies and bugs. And as the mating season arrives, many will wander into people's homes in search of a partner.

Professor Adam Hart, an entomologist at the University of Gloucestershire, explains: "This year has seemingly been a good one for the invertebrates that spiders feed on." Falling temperatures will also lead spiders to find warmth indoors. But until autumn they will stay on their webs, until they leave to find mates. However, experts said that we should welcome the creatures into our homes. "They often feed on the most common species, preventing a few species from becoming dominant," professor Hart told the Mirror. "We want to encourage people to respect and learn more about their little house guests."

Arachnophobes who would rather not share their homes with the eight-legged creatures are advised to sweep them up and put them in a covered outside space like a shed.
0 Replies
1
Reply Mon 29 Sep, 2014 12:16 pm
Spiders are apparently high in potassium....
http://www.buzzfeed.com/rachelzarrell/spider-banana
0 Replies
2
Reply Thu 2 Oct, 2014 01:24 pm http://www.buzzfeed.com/thecw/times-quick-reflexes-saved-the-day#h6ezaz
1 Reply
1
Reply Fri 3 Oct, 2014 08:16 am
@tsarstepan,
And the horrors keep rolling in!

This Family Have Had A Pretty Massive Spider In Their House For Five Years
http://www.buzzfeed.com/alanwhite/this-family-have-had-a-pretty-massive-spider-in-their-house#h6ezaz
0 Replies
2
Reply Fri 3 Oct, 2014 10:52 am
I was walking into the park this morning and the sun was just right to illuminate all of these beautiful sparkles under a tree. Upon closer inspection I discover they're all spiders! There were hundreds of spiders coming out of this tree. This crappy phone photo doesn't do it justice but it was the best I could do.