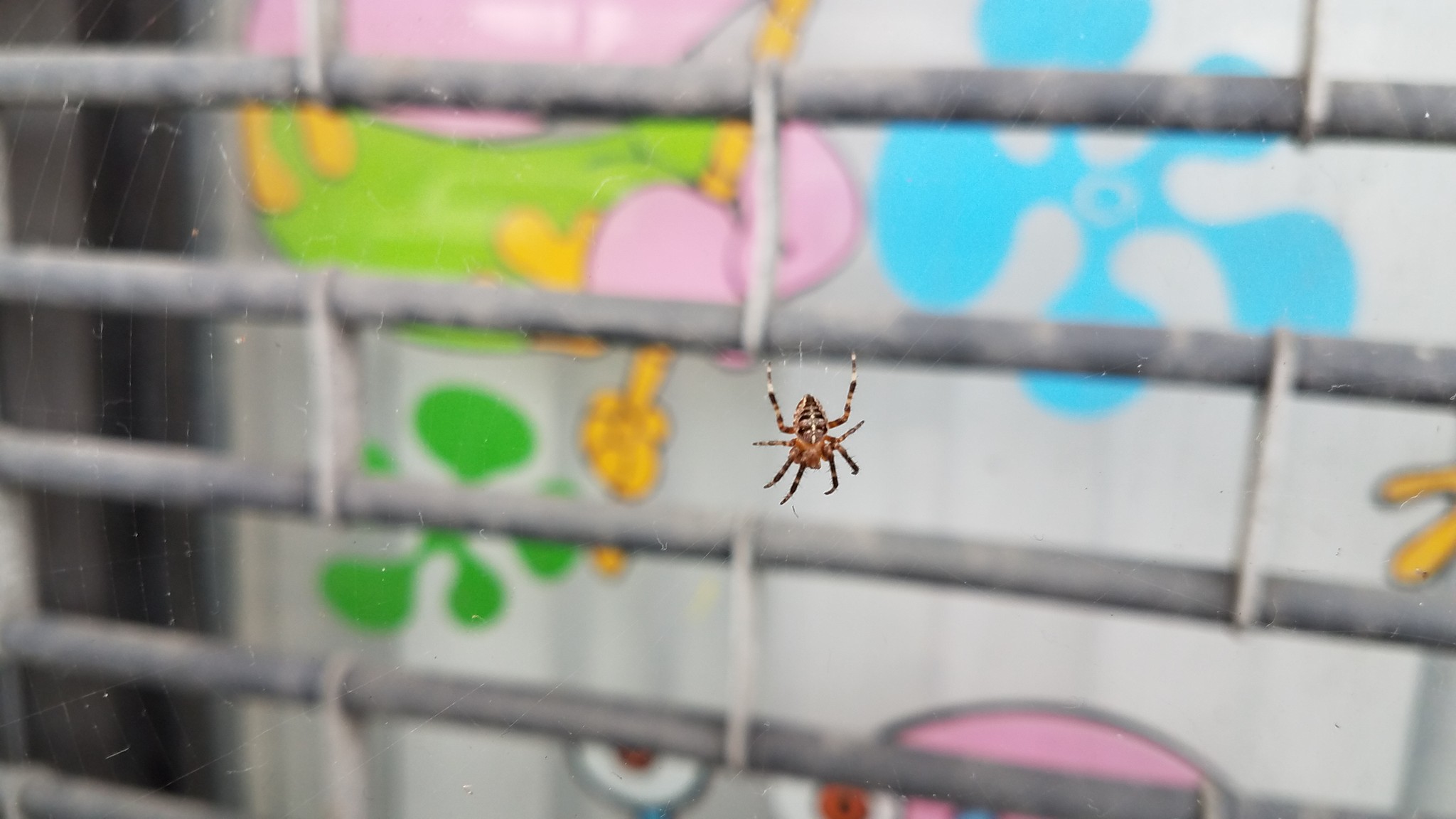 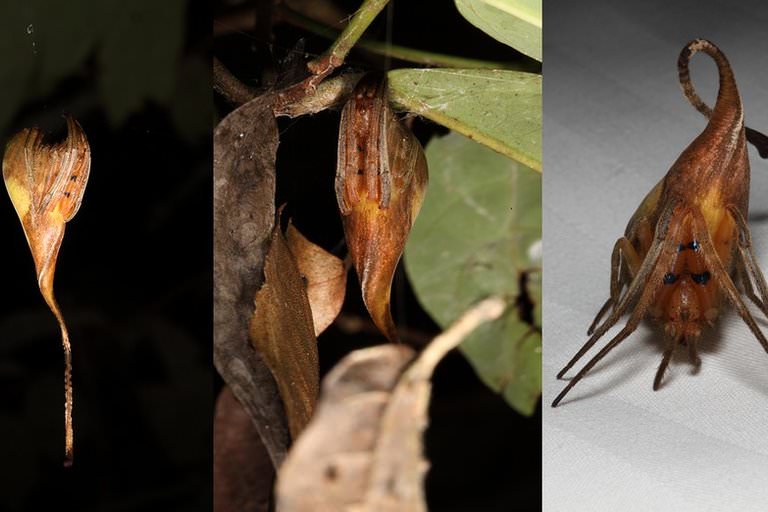 Camo spider
0 Replies
1
Reply Sun 24 Dec, 2017 03:05 pm
This is a kleptoparasitic spider called a dewdrop spider, Argyrodes bonadea. Kleptoparasitic spiders are tiny little things that hide in the orb webs of the big spider webs, such as Argiope or Araneus. If you see some of these big webs look carefully for the little spiders on the margins, which stand out because of their silvery color. Apparently they're overlooked by the big spider, whose web they inhabit and steal their prey, thus the term, kleptoparasitic. 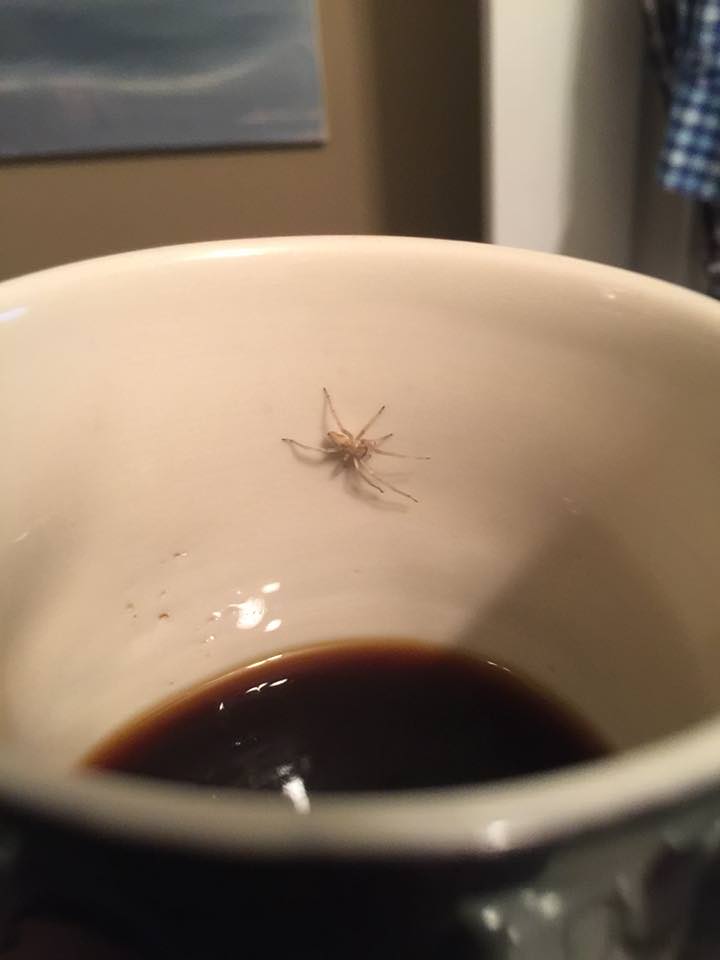 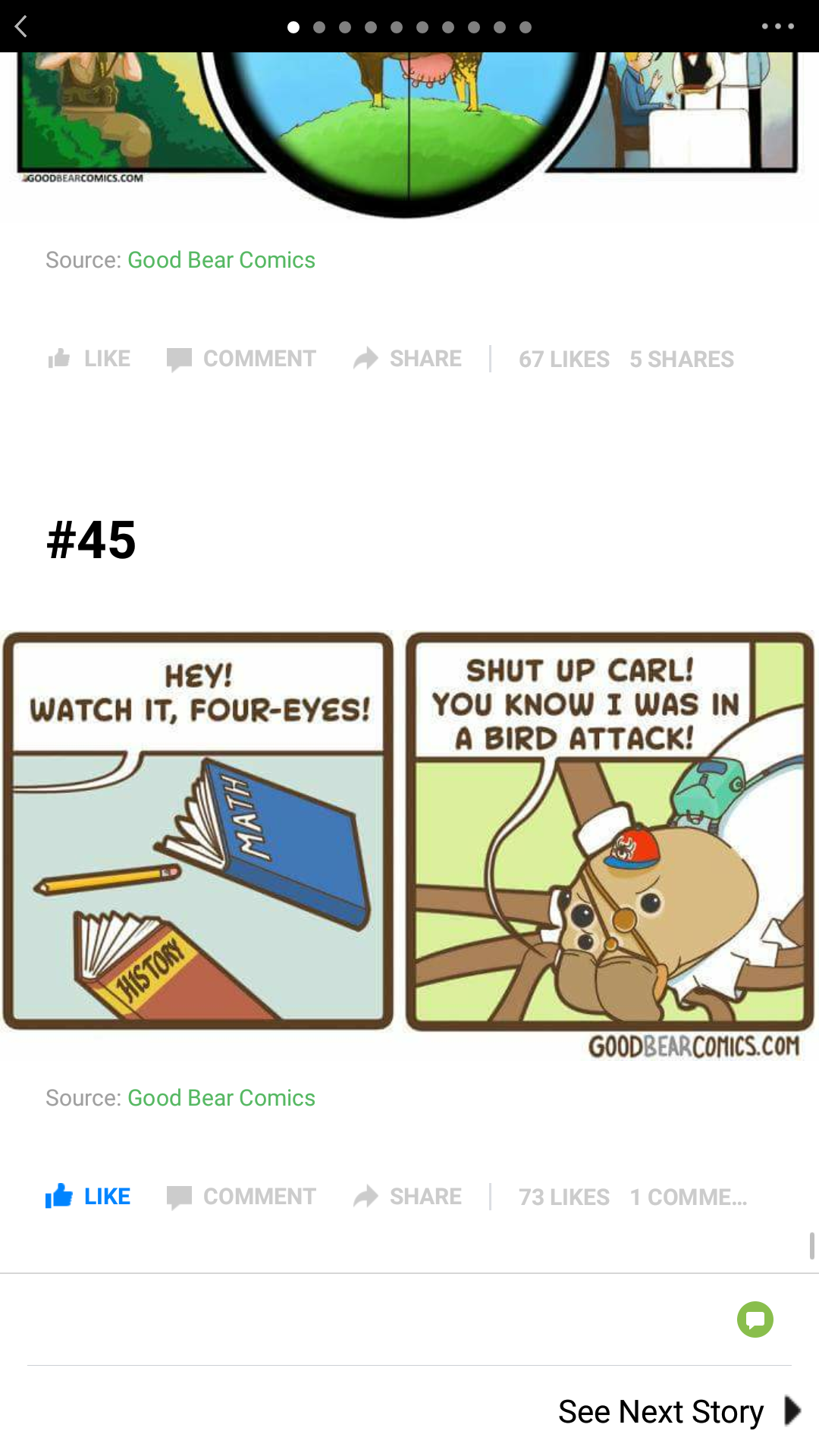 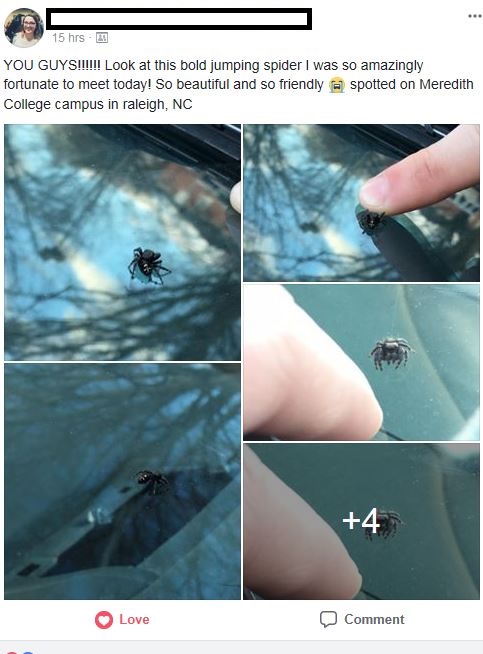 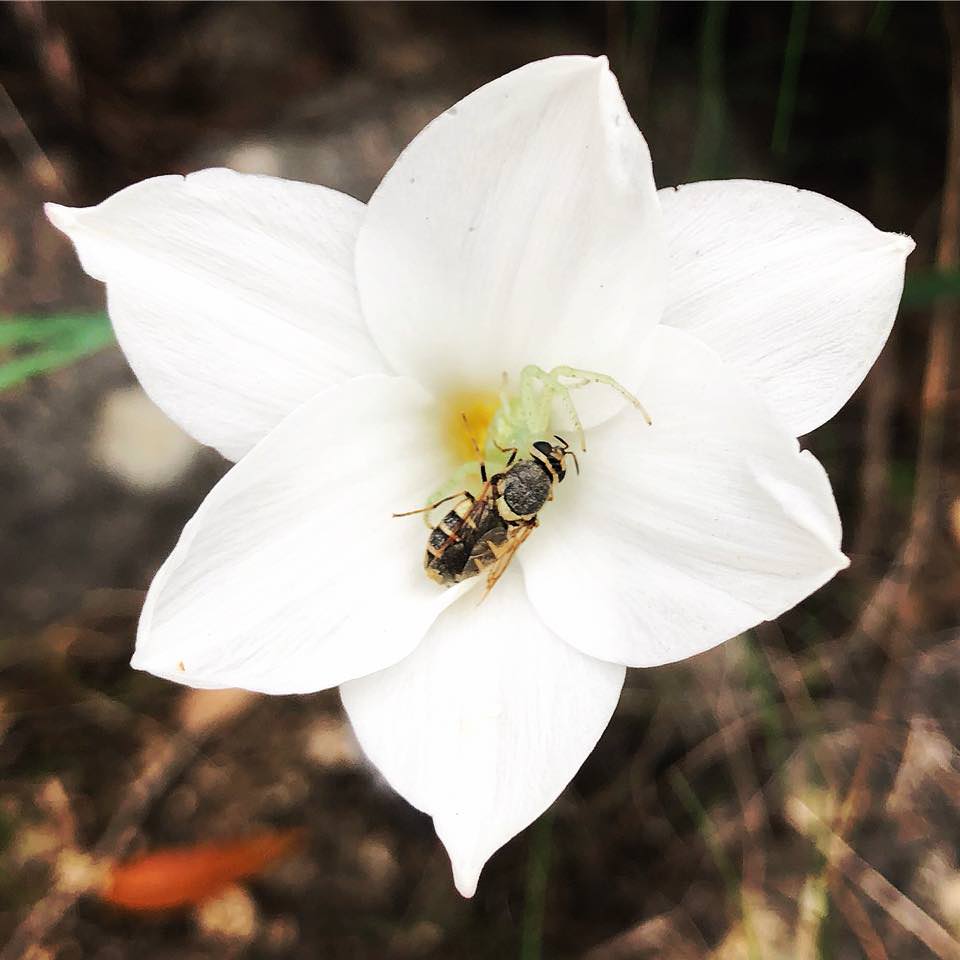 Not sure why, but I feel rather sorry for the little chap.


The melodramatic music and that the goofball shooting the video won't leave the spider alone when the spider seems to want nothing else with his mirrored doppelganger....
1 Reply
1
Reply Wed 27 Jun, 2018 01:58 pm
@tsarstepan,
Spiders have a hard life 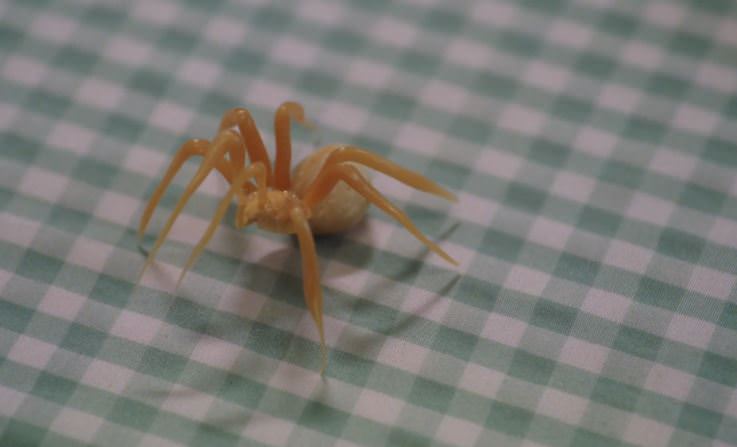 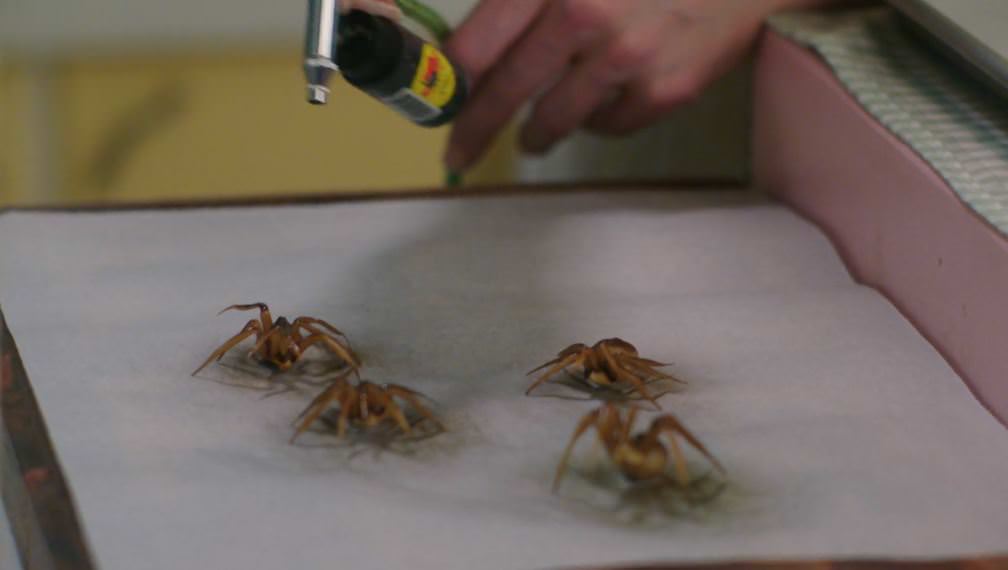