Forums: Spiders, Spider Room, Videos, Beautiful Animals, Nature
Email this Topic • Print this Page
1
Reply Thu 8 Nov, 2018 12:36 pm
@tsarstepan,
0 Replies
1
Reply Tue 8 Jan, 2019 01:44 pm
"For several years, I have been observing the odd behavior of the Mirror Spider (Thwaitesia sp.) where the "silver-plates" on the abdomen seem to shrink when the spider is agitated (or perhaps threatened), revealing the actual abdomen. At rest, the silver plates expand and the spaces between the plates close up to become an almost uniform reflective surface. That is why I called it the Mirror Spider. Note that what I am posting are just field observations and not based on scientific literature."
Nicky Bay 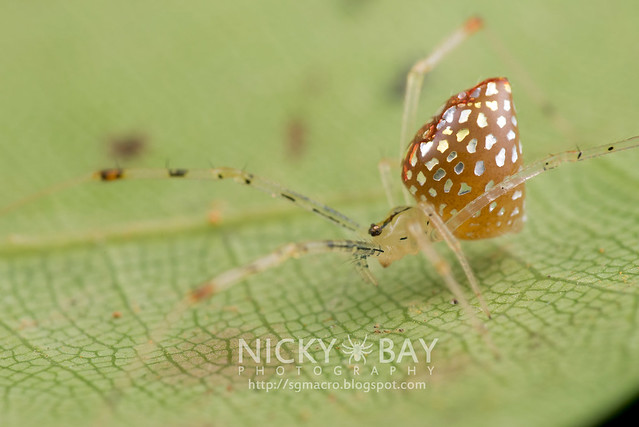 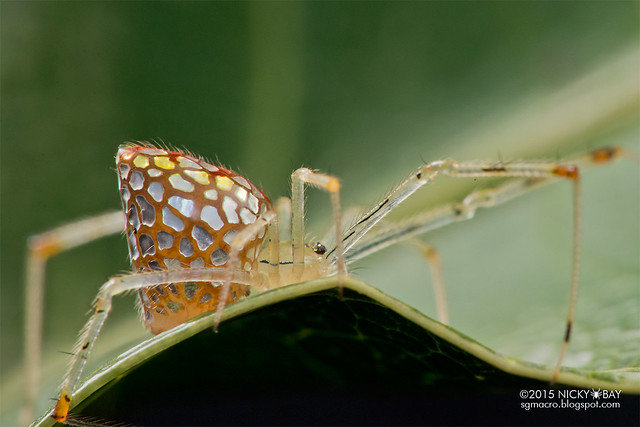 Mirror spider (Thwaitesia sp.)
When it stops to rest, the silver plates appear to expand, filling up the abdominal surface slowly. 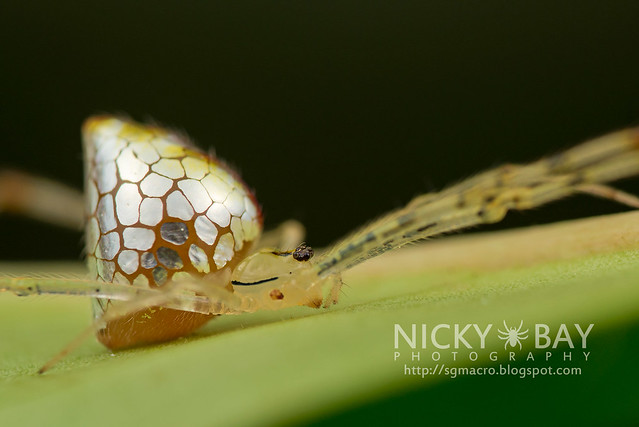 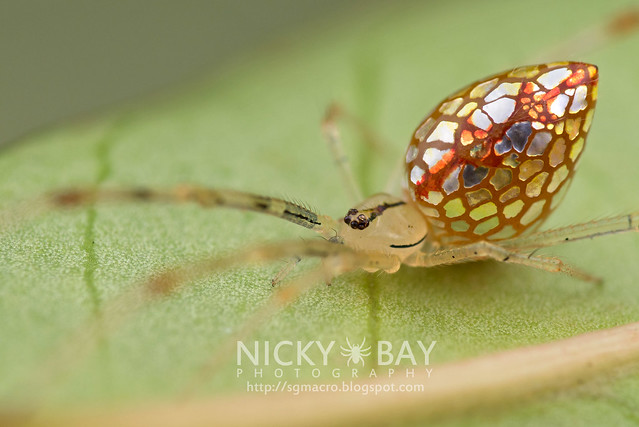 where is that mirror comb spider found?


Weirdly enough? The bathroom ... always staring into the vanity mirror at itself.
0 Replies
1
Reply Tue 8 Jan, 2019 02:19 pm
@farmerman,
They're found in Australia, but this particular spider was filmed in Singapore, so they might be pretty widespread in Asia. They're quite small from 3 to 4 mm.

There's not much information about their natural history, such as, why a mirrored abdomen would be beneficial.

I've seen species of Argyrodes in Texas, kleptoparasitic spiders with silvery abdomens that live in the orb webs of larger spiders like Argiope spp. and stealing food. And I really don't understand why the abdomens would be so bright. 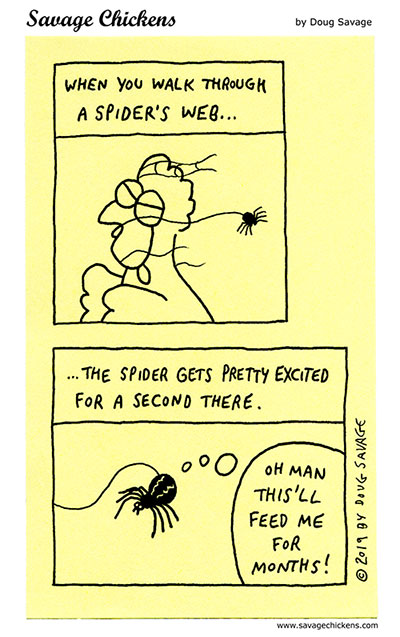 0 Replies
1
Reply Thu 14 Feb, 2019 11:35 pm
Australian wrap-around spider
Dolophones spp.
Interesting Australian spider with a concave underside that allows it to flatten itself, conform to the substrate and hide from predators.