According to a study in 2012, 86 million Americans have prediabetes and 29 million have diabetes.
Additional study data also revealed that up to 22% of African Americans had diabetes, compared to 11% among whites. Nearly 23% of Hispanics andkkg 20% of Asians were noted to have diabetes.

It hasn't gained any traction, but that's all right. I'm enjoying recording there occassionally, and going back and seeing my progress.

FYI, re my last post, I haven't gotten my blood work back from 4/6/17, I'll be talking about it when I do.
Another interesting side note. I had announced in Feb on that thread I had lost 10 pounds. When I got weighed at the doctors in April, 7 more pounds were gone. No effort on my part except stopping the carbs.

I would like to comment on the explosion of pre-diabetes in the U.S. People are ultimately responsible for their actions, but what I have seen is that physicians don't seem to have caught up with really talking with their patients.

Frankly, when my blood work as far as glucose went tits up, the sum total of advice I got from the physician I had last year was "Cut done on refined carbs and sodas" Even though I don't eat or drink either.

I have a new doctor this year, as I had to switch insurance. Within 30 seconds of walking into the room she profiled me and had made up her mind about how I lived every aspect of my life.

When I told her I had been on a keto style of eating since mid November I got a half dismissive look and a comment of "So if your A1C has improved, will you go back to eating normally and add carbs back in?" She was surprised when I said "HELL NO!" I'm sure I'm not even pre diabetic anymore, will know for sure soon, but I will always be insulin resistant from here on. Why would I go back to the behavior that put me in this situation?

So more and more people will soon be developing diabetes, going on drugs that increase insulin resistance, so they can take more drugs, and so forth.
0 Replies
-1
Reply Wed 14 Jun, 2017 08:07 pm
Boiled egg with milk and bread, the most healthy breakfast to start your day.
0 Replies
2
Reply Mon 4 Jun, 2018 07:46 pm
When I was growing up we were given butter to eat on toast. Then butter was bad & we had marjarine. Now I have no idea, things change depending on the latest "fad" . At my time I try to eat what I want without eating excessive amounts because what's good one minute is bad the next & its impossible to keep up with it. Enjoyment from eating is also part of it!
1 Reply
-2
Reply Wed 6 Jun, 2018 03:49 am
@boomerang,
Food makes you feel at the top of the world. Nothing in the world can be wrong as long as there is good food. But sometimes, food, the best thing in the world can cause severe discomfort to you.
You can avoid something 1.e
Mint + Aerated Drinks
Morel Mushrooms + Alcohol
Watermelon + Milk
Papaya + Water
Eggs + Milk
Vinegar + Tea
0 Replies
2
Reply Wed 6 Jun, 2018 02:00 pm
@Agent1741,
Anything in moderation is a good motto.
1 Reply
1
Reply Wed 6 Jun, 2018 02:43 pm
@cicerone imposter,
Unless having it even in moderation causes problems.

Who the hell comes up with these "mottos" anyway?
0 Replies
-2
Reply Sat 25 May, 2019 12:33 pm
@boomerang,
because human understanding changes and evolves.

it's not some conspiracy to undermine the foods from your childhood - or that grandma made you......
0 Replies
2
Reply Tue 13 Aug, 2019 05:58 pm
I'm going to enlarge the scope of the question a little, because I think the perceived "evilness" of bread and milk is a mere symptom of a much larger question.

I think that in the US, there is a festering self-hate and deep suspicion of just about everything. Everything must be toxic, avoid everything. Certainly that includes every food we eat, and Americans point to every malady and their obesity as proof that it must be the food's fault. Beyond bread/gluten and milk/lactose, there's of course meat, which they somehow imagine Impossible Burgers are better than, even though they're margarine-type concoctions of unnatural ingredients including GMO-heme, and are higher in saturated fat than real meat. And peanuts... Many soccer moms are lobbying to have schools 100% peanut free, though in my generation every kid was expected to eat PB&J sandwiches. What is particularly frightening is that pretty much every food is on the list at this point. Even salad, for instance, which is (legitimately) indicated as one of the most dangerous foods as a vector for food poisoning. https://www.healthline.com/nutrition/foods-that-cause-food-poisoning.

Beyond food, in politics for instance, Americans are now loath to simply tolerate the other party and wait for their own chance to again have the majority, instead they want to drag their feet, impede any progress, and scream non-stop for four years until the next election. And there's no single party leading that behavior; it's become the norm.

Even more troubling is the self-loathing that I think is at the root of many people covering their skin with tattoos (because their original skin is bad and must be disguised), or getting plastic surgery a-la-Michael Jackson, because their facial features are all wrong, or gender reassignment because this gender must be a mistake. 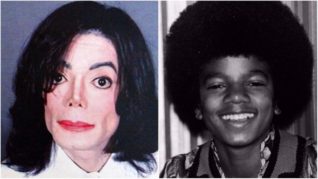 Not to seem insensitive; I know some people (including me) legitimately have something like a lactose intolerance or a peanut allergy, but that is not the same thing as vilifying everything, touting gluten-free bagels as a miracle drug, encouraging your son get the tattoos he wants to look like a reptile,

and insisting that your 5 year old daughter have hormone treatments to become a boy just because she didn't like having ribbons in her hair. And yes, there is genuinely a lobby advocating pre-pubescent gender reassignment. https://www.cbsnews.com/news/sex-change-treatment-for-kids-on-the-rise/

I have spent quite a bit of time in other cultures, including living in several other countries, and I've never seen this sort of thing, nothing close. The Quechua of Peru, 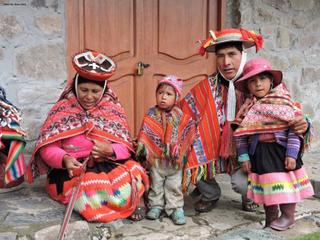 The Chinese, Mongolians, Italians and so many other cultures wouldn't dream of questioning their food and rejecting their culture and their place in it as a man or woman... I can't imagine for instance a large percentage of Chinese rejecting rice, and saying "we will only eat non-plant rice from now on." They eat as their ancestors did, and they're thankful and loving toward their cuisine. Nor do large numbers of any of these people assume that their bodies must be wrong, and try to disfigure themselves with tattoos and surgery.

It's a deep-seated national sickness, in my opinion.

0 Replies
Below viewing threshold (view)
-5
Reply Wed 23 Oct, 2019 06:02 pm
@boomerang,
Milk and all milk products now are the most dangerous product - because the cows are fed with lot of hormons and have injections of medicine to grow faster. Their meat is poisoned and most of all - milk which is consired to be blood, white in colour. We know that when mother feeds her child with human milk she is not allowed to eat bad food and antibiotics, also make x-Ray because everything comes into milk. Also with cows. and now just think - what do cow eat? if it is your cow and you feed it yourself that' okay - you may drink milk in buckets. And with bread the same story. I bake bread myself for years and my loaf is 4times heavier than bought one - the same size!!! Think what they put into it!!! We were on holidays and i didnt bake bread, when we bought it we could eat 3 big loafs a day and werent fed. And why our children have cancers???
0 Replies
1
Reply Mon 28 Oct, 2019 10:01 am
0 Replies
0
Reply Sun 16 Feb, 2020 12:50 pm
Happy news about milk. I finally decided to spend the $6. to try A2 milk, and I have been able to return to my favorite breakfast -- cereal -- after 20 years.

Regular milk from American milk doubles me over in pain. There was no unpleasant feeling with A2--and now, I'm not nearly as worried about my old lady calcium intake.

I wonder how much of the public really has gluten insensitivity. Do you think it’s proportional to the packaging signs and ads boasting about gluten free and/Or which foods have no sort of gluten to start with?
1 Reply
1
Reply Mon 17 Feb, 2020 11:07 am
@Ragman,
FWIW, I’ve done some research about the population in USA who are affected by gluten sensitivity. Those who have Celiac disease is approximately 1%. Those who have some degree of insensitivity in USA is approximately 6-7%.
0 Replies
1
Reply Tue 18 Feb, 2020 10:35 am
@Lash,
Lash wrote:

Happy news about milk. I finally decided to spend the $6. to try A2 milk,


Weird, you're assuming people would know what a2 milk is. I'm pretty certain it ain't very common. SO... I Binged the term. Still not sure if the milk is lactose-free or some newer third option (which it might be based on whatever loose self-description on their site says).
1 Reply
1
Reply Tue 18 Feb, 2020 10:38 am
@tsarstepan,
I assumed it was just a brand name.

1 Reply
1
Reply Tue 18 Feb, 2020 10:57 am
@chai2,
It seems kind of both - name brand and type of compound. Though whatever an a2 protein is (opposed to regular milk having whatever a1 proteins are)…, it's proprietary in it's commercial nature.
0 Replies