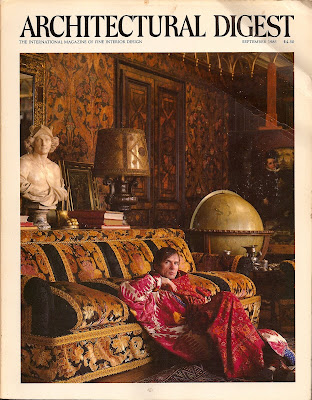 I could prolly find out where it went. Mighta been Ashley. local, but I don't know who.

I dint care for the art either, but that means very little.

(it all kinda looked funny in the hockey dressing rooms)

I spent a bunch of time before I posted about that cover trying to find Roman palazzo interiors, again not that I've ever been in one except in public places which are used as galleries - but a friend of a friend is a well known writer who lived in one and happens to be gay. I did find a palazzo colonna interiors link, but the photos weren't as warm as the Nureyev place, much more semi-public and coolish.

Anyway, I'm usually less interested in places that are faux relative to their environment.. kind of hard to explain. I've become reactive to contrivance some of the time, amused at others.
0 Replies