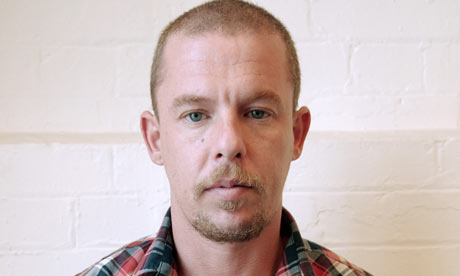 The British fashion designer Alexander McQueen has been found dead at his London home at the age of 40.

His death comes just days before the start of London fashion week and a month before he was to unveil his new collection at Paris fashion week.

His family asked for privacy to come to terms with the death of McQueen, also known as Lee.

"Lee's family has asked for privacy in order to come to terms with this terrible news and we hope the media will respect this."

Born in London in 1969 as the youngest of six children, McQueen left school at the age of 16 and was immediately offered an apprenticeship at the traditional Saville Row tailors Anderson and Shephard and then at neighbouring Gieves and Hawkes.

McQueen was a four-time winner of the British designer of the year award as well as the international designer of the year award from the Council of Fashion Designers of America. He was awarded the CBE in 2003.
Type: Discussion • Score: 2 • Views: 1,842 • Replies: 6
No top replies
1
Reply Thu 11 Feb, 2010 09:54 am
@djjd62,
Jeez, djjd, do you subscribe to some sort of death list? You're always the grim messenger, it seems.

The Met's Historic Alexander McQueen Show, By the Numbers
http://tinyurl.com/3bjq6qz

661,509: The total number of visitors who saw "Alexander McQueen: Savage Beauty" from May 4 to August 7.