WHAT THE BLOODY HELL

Drew Dad showed up to insert himself into the thread and the discussion, and then asked why i was attacking you and him. I wasn't attacking you, for however personally and pettishly you may resent criticism of the site. But assuredly, DD had absolutely nothing to do with what i was saying, and it was idiocy for him to claim that he had been attacked. There's a lot of people who go out of their way here to resent what has only occurred in their perfervid imaginings.

Speaking of resenting perfervid imaginings.... please provide quotes of where I claim to have been attacked?

I thanked Robert for his blog post. I said I think your little temper tantrum here is entirely uncalled for. I never claimed to have been attacked, here.
0 Replies
13
Reply Thu 11 Feb, 2010 12:18 pm
@Robert Gentel,
Robert Gentel wrote:

The datacenter hosting the site suffered an outage (the specifics of which they haven't yet fully investigated) and this caused the server power to abruptly cut for about an hour. 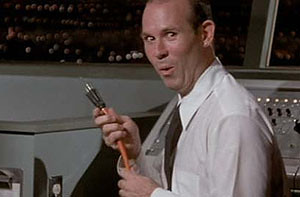 Once again, spare me the phony indignation.

It's not phony, it's the real deal.

Ever since this site has been open there have been people telling me they are out of here because of you acting like a buffoon. Your notion that you only attack those who attack you is absolute fantasy. You are one of very few who can't clearly see it.

If people make personal remarks about me, i respond in kind.

You will do so whether or not they do. You'll call them clowns and jokers and disparage them. You like to pretend you are just giving people their just deserts but that is a self-serving justification for being a jerk.

And this all ignores that few others here go around acting like a total douchebag even though they may have personal remarks directed at them.

If they haven't done that, it is highly unlikely that i'll ever treat them so, except in a few rare examples of religious or political lunatics who come here flailing out to right and left, or attempting to spread insidious propaganda. Even those examples are damned rare.

Nonsense, it could even just be someone you've mistaken for asking about homework. You really do have a deluded self-image of yourself where you aren't going around insulting people fecklessly.

So don't try to peddle some horse **** story to the effect that i go around this site randomly attacking people on a whim.

That is precisely what you do and something that most people around you can clearly see even if your delusions of civility preclude you from doing so.

That's bullshit, and if you were honest--something which i increasingly believe you are rarely capable of, for the way you have treated others, and not just me--you would acknowledge as much.

I certainly can improve the way I treat others. I wish you could as readily admit to being able to improve yours.
0 Replies
11
Reply Thu 11 Feb, 2010 12:27 pm
@Setanta,
Setanta wrote:

Funny you should say that. A business partner of mine who read this topic and who doesn't know you from Adam asked me if you were a drunk. I guess you don't have to be a drunk to be a douchebag.
1 Reply
3
Reply Thu 11 Feb, 2010 12:39 pm
@joefromchicago,
That's about as good as the answer they gave in the RFO. They claimed it was a "one-second" power outage that occurred during a maintenance window for the backup power systems. Given that this is in your neck of the woods (427 S LaSalle) that kind of scene wouldn't surprise me.
1 Reply
7
Reply Thu 11 Feb, 2010 12:53 pm
@Robert Gentel,
I was nowhere near 427 S. LaSalle. Well, OK, I was near there, but I did not have sex with that woman, Monica Lewinsky.
0 Replies
2
Reply Thu 11 Feb, 2010 01:01 pm
Quote:

We've got other wonderful examples of bullshit here, too. Fresco has been outraged recently since i challenged his long term claim to unchallenged wisdom. So, he followed me to Lil' Kay's atheist thread, where his very first post was an attempt to irritate me and thereby get a rise out of me. Subsequently, he accused me in that thread of following him around from thread to thread--that despite the fact that he had not addressed the subject of that thread to begin with, and had only showed up to vent his spleen at me. He's doing the same thing here now. This is a typical able-two-know-nothing pile on.

(Seriously though, such paranoia could be cause for concern).

0 Replies
8
Reply Thu 11 Feb, 2010 01:19 pm
Nothing really left to talk about here. The site is working fine now, and just as free as ever. An improvisational intervention has run it's course. A funny screen capture of a funny character from the movie airplane earns the greatest amount of approval.

Good thing that there's nothing more important going on in the world, right?
0 Replies
Below viewing threshold (view)
-6
Reply Fri 12 Feb, 2010 06:21 am
@Robert Gentel,
You certainly demonstrate that one can be randomly selected from a population and be a douche bag. You seem no to notice that this sort of snarling vituperation from you does not discourage me from continuing to post on the subjects which interest me, nor from enjoying the humor which so often arises at this site. You just get your little lace panties in a twist at any criticism of your baby here.

You don't follow other people around to lambaste them for their behavior toward others. It seems to me that you have a fixation, because there are far, far worse people out there than i when i comes to lashing out at others. A great many of them do it for no other reason than the assumptions they make about the other members. You have a serious problem, but it's not my problem.

You can call me a douche bag to your heart's content, that sort of puerile insult from you does not surprise me. It won't change the fact of your hypocrisy and your phony indignation.
2 Replies
9
Reply Fri 12 Feb, 2010 08:09 am
@Setanta,
Setanta wrote:

You don't follow other people around to lambaste them for their behavior toward others.

A) You brought this on yourself by throwing your little tantrum. You do recall that you started this thread, right?
B) Robert has scolded people for their behavior. It doesn't happen daily, but you are far from being the only one that it has happened to.

there are far, far worse people out there than i when i comes to lashing out at others.

Speaking of douchebag behaviors, that kind of invalidation really takes the cake.
1 Reply
Below viewing threshold (view)
-5
Reply Fri 12 Feb, 2010 09:02 am
This thread reminds me of a bar fight i saw once. Two guys i knew got into a scuffle, and a third acquaintance tried to separate them. So both of them started taking swings at the third guy. The third guy was trying to defend himself, when a fourth guy walks up and sucker punches him.

People broke it up, and then told the fourth guy he had no business swinging at anyone. He said he only did it because he "felt threatened." I stepped up and pointed out that he had to walk from the other end of the bar in order to feel threatened, at which point he wanted to fight me.

Craven had to walk from the other end of the bar so he could feel threatened.
2 Replies
6
Reply Fri 12 Feb, 2010 09:13 am
@Setanta,
You started off the thread with a tantrum and insults about the site.

It won't change the fact of your hypocrisy ...

1 Reply
8
Reply Fri 12 Feb, 2010 09:31 am
@Ticomaya,
Very true. According to Setanta's own standard of behavior, Robert is entitled to treat Set any way he likes, since Set attacked Robert first.
0 Replies
4
Reply Fri 12 Feb, 2010 09:54 am
We all come to this forum (or bar, if we wish to pursue the analogy) presumably for a purpose. Encountering each other, or subsets of the group, is an inevitable part of everyone's motivation here. With that in mind a little more cordiality wouldn't hurt anyone ... might even help. Vindictiveness, whether it comes immediately in large doses or later in smaller ones, is almost never a beneficial element of the soup. We've all done it to some degree - myself included - however it is never either necessary or beneficial. There's plenty of fault to go around here. Robert's unique interest in limiting our excesses should be clear to all of us. Imperfections in his technique, if they exist, don't alter his rights and responsibility in this matter.