I think there is a decent battle between Seed and me for 6th. He has U.S. men while I have Norway. I need for Canada to defeat the U.S. in men's hockey and Norway to win curling. I am guaranteed a bronze in hockey as I have both Finland and Slovakia.
0 Replies
2
Reply Sat 27 Feb, 2010 06:08 pm
Results through Day 16 (2/27), except curling gold medal and hockey bronze:

The top three spots are almost mathematically locked in.

The only teams George has that I don't have are Russia and Japan. (I have Australia and Austria instead.) Right now, the only way George can move up to gold is for a Russian and Japanese sweep of the men's x-c tomorrow, which would result in a tie for gold with me.

The difference between George and McGentrix is that George has Canadian women, Norway, Japan, Poland, and Slovenia, while McGentrix has US men, Austria, Australia, Croatia, and Estonia. George already is guaranteed at least 3 points from the Norwegian curling team, meaning that even a US hockey gold and a McGentrix sweep of the x-c tomorrow would fall four points short of silver.

EhBeth and fbaezer don't have enough events left to make up 43 points and reach the podium.

For last place, djjd62 and Rhyss each have the Canadian men, guaranteeing them at least silvers in curling and hockey, while alex240101 has the US men, guaranteeing him at least a silver in hockey. Right now, it looks like it won't be decided until x-c tomorrow, or quite possibly even not until the hockey gold is determined.

What sacrifices I'll make for a dear dear friend! 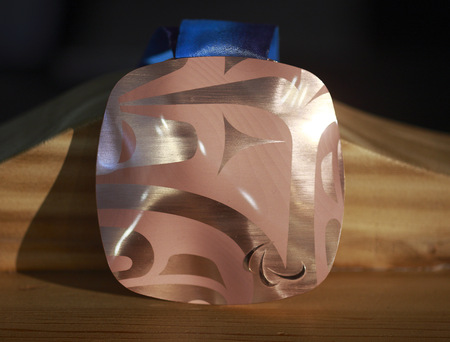 The battle for last place continues, as a US hockey gold will result in a tie between djjd62 and alex240101 at 233 points. I don't know what our tiebreaker is, but if it's total gold medals, then alex240101 would remain in last place with 24 golds to djjd62's 31 golds. Can we get a ruling from fbaezer?

Thanks to everyone for participating, and especially to fbaezer for setting me up with the means to track scores. I'm looking forward to going for the threepeat in London 2012. (Only 881 days to go!)
3 Replies
1
Reply Sun 28 Feb, 2010 05:06 pm
@tgordon92,
Congratulations and thank you tgordon92, and congratulations George and McGentrix,...and congratulations to everyone who finished ahead of me in the standings.
1 Reply
1
Reply Sun 28 Feb, 2010 05:07 pm
@alex240101,
Great job and thank you, TG. Great game!