I like Anchor Steam……….but I don't drink enough beer to know what is really good.

for me pilsner urquell ...

Malt you obviously enjoy the most exquisite palate
0 Replies
1
Reply Thu 22 Mar, 2012 11:26 am
Last year, I've tried the first couple of beers I actually like to drink. But wait for it...

they were fruit beers.

This stuff is strong so I've been mixing it with an IPA and making a black and tan.
0 Replies
1
Reply Thu 22 Mar, 2012 01:01 pm
@tsarstepan,
Tsar I’m finding it very difficult to cultivate the flavored kind but we must try them all mustn’t we. I will Fwd your post to my excellent No. 2 Son who has a very superior palate for his opinion and perhaps on his next visit to my Nether Region he will bring one
0 Replies
1
Reply Thu 22 Mar, 2012 01:11 pm
Midnight Sun Barleywine ... if the prices are to be believed. 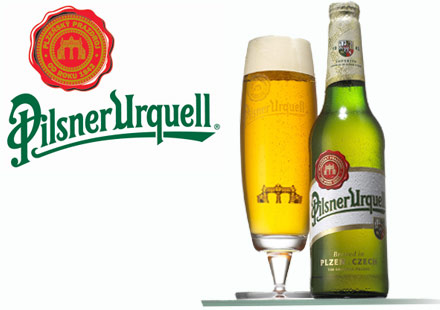 In Prague you can buy it by the litre. If you can't get Urquell try proper Budweiser, also Czech.

I've not traveled too extensively so exposure to all tasty beer brands and types is a little limited but Boston, NYC and No. Va-Wash DC haveexposed to me some harder to get varieties. I plan on visiting Switzerland Italy and Germany at some point in the next year depending on my tiny budget.

I plan on trying Pliny The Younger, an American Double (11% alcohol not 5.2%) IPA from Calif. There is an IPA with 8% alcohol, called the Elder I'll try too. These are most highly rated by the beer lovers in Beer Advocate blog.

For years I've liked Sam Adams various brews the most, as a rule. Generally, I like some of the Sierra Nevada beers. Mostly I like what are called craft beers (or what I used to know as micro-brews). My preference of beer types these days are Belgian (either white or wheat) and IPAs. The most I ever drink in an evening these days is 2 beers.

I more prefer red wines but that depends on with whom I'm sharing a table and what I'm serving. As for wines, I love Italian reds as well as Californian reds and those from Pacific Northwest.

Speaking of buds, over time, my taste buds tired of most flavored beers about 12 yrs ago. These days for me it should only a hint of a spice flavor, if it is flavored at all. Shock Top have 4 other flavors in addition. Raspberry Wheat, Wheat IPA, Pumpkin Wheat and Shock Top Lemon Shandy. I have as yet to try the others so I've no comment yet. Apparently, they had a launch of the Pumpkin Wheat called Shocktoberfest tasting event in Boston.
3 Replies
2
Reply Thu 12 Apr, 2012 08:25 pm
@Ragman,
Oops! I forgot one: I just remebered this excellent craft beer (made in NH) called Smuttynose Barleywine Style Ale (Big Beer Series).

I have to try this one again as it's been more than 10 yrs since last time I tasted one of their older-styled beers.
The beer lovers love it a lot, though.

If you’re at all interested in the scorings of our Brew Society please contact me at [email protected]
0 Replies
2
Reply Fri 13 Apr, 2012 11:45 am
@tsarstepan,
tsarstepan wrote: In Belgium, this beer is originally called 'Floris', and you get it additionally in mango, apple, chocolate, nuts (cherry stones), passion fruit, honey, cactus ....

2 Replies
2
Reply Fri 13 Apr, 2012 11:45 am
@Walter Hinteler,
I've been with the missus and some (A2K) friends to a brauhaus (pub brewery, which had been a local brewery before) in the eastern part of the Harz mountains. One of their beers, "Pubarschknall", (a top-fermented brown beer) translates to fart-arse-bang or (officially) "explosive fart"....
0 Replies
1
Reply Fri 13 Apr, 2012 01:01 pm
@Walter Hinteler,
I prefer fruit wines to fruit beers. I'm about to bottle some cherry wine I took off my tree last year.
1 Reply