Does anyone know how many forms of religion there are? 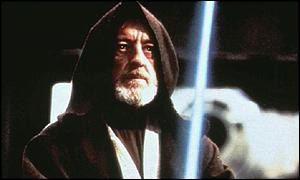 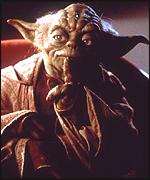 There are as many regions as there is land to lop up into regions.

Hell, there are plenty of regions even in your house.

That is a different thing all together.

How the hell do I know how many religions there are. What kinda question is that?

But I think you for asking it, because it gave me a chance to check out two things:

One -- will "hell" print out or will it be expunged.

(Over at Abuzz, I recently saw, "...so we were playing *** for tat! Now that is censorship gone ape****.) (Just kidding, viewer, I added all those asterisks myself!)

Two -- will I get a rebuke for being a bit too unpleasant in my response.

As to the "bad" words I think we will know how and when to use them and if it gets out of hand we have an excellent lead moderator in jespah to help.

But i don't think it will be an issue.
0 Replies
1
Reply Sun 10 Nov, 2002 11:28 am
Hi Craven - Just got where I am now. The reason for the Jedi Knight proposal as a religion was that people were fed up at what they thought were personal questions. The Jedi Knight Religion proposal originated in Northern Ireland, where the answer to "What is your religion" resulted in whether you were employed or not. Protestants tended not to employ Catholics!
0 Replies
1
Reply Sun 10 Nov, 2002 11:34 am
I think Jedi is cooler than either. ;-)

But there should be only one god. Beer.

A religion is based upon faith, how do you force someone to have faith?
While you may force others to observe the tenants of your religion, it is not a sincere belief upon their part if it is not voluntary.

Craven: Judging by your picture, I have ties older than you.
0 Replies
1
Reply Tue 26 Nov, 2002 12:06 am
I voted no never and see that I am in good company the results after my vote were 86% agreed with me. My long and way to wordy post was lost so I guess y'all get a break tonight. My thoughts are that there are as many religions as there are groups of people living in close proximity on this planet. I really like the Hindu idea about more than one path to the God Head and if you start down one path and things are not working out you can try a different path.
0 Replies
1
Reply Tue 26 Nov, 2002 12:46 am
maxsdadeo wrote:

Craven: Judging by your picture, I have ties older than you.

Quite possible, but they'd be pretty old ties and I'd still not be able to grasp the relevance.
0 Replies
1
Reply Tue 26 Nov, 2002 06:01 am
maxsdadeo- What I always find quite amusing is when one person in a mixed couple "converts" for the other. I think that if you can turn your beliefs on and off like a light switch either they were not very strong to begin with, or I might question the person's integrity in all other matters!
0 Replies
1
Reply Tue 26 Nov, 2002 07:53 am
You can bet that anyone who greatly desires to expound his/her religious beliefs to you hasn't the slightest interest in hearing yours . . .
0 Replies
1
Reply Tue 26 Nov, 2002 08:12 am
Sentanta- I have always had the perception that people who try to shove their beliefs down other people's throats, are not really sure about their own beliefs. Therefore, a claque of people nodding in blind agreement, is what these people need to feel secure.

Personally, I wouldn't care if I were the only person in this world who believe as I do!
0 Replies
1
Reply Tue 26 Nov, 2002 08:22 am
I think that religion is an interesting thing to talk about. You're taught one thing, maybe fairly casually and incompletely as a child. You see what your friends believe. Perhaps you read and definitely you feel things. For me, at least, I only have a glimmering of what I really believe to be true about the state of things.
0 Replies
1
Reply Tue 26 Nov, 2002 08:23 am
I've always considered organized religion as one of history's greatest unintended tragedies. I feel it grew from the proto-temple societies, in which shamanism was converted into preisthood--the preists providing the organization necessary to sustain larger communities. In every generation, there were undoubtedly intelligent individuals who didn't buy into the pie-in-the-sky version of eventual religious bliss--but who quickly saw the manipulative value of religious dogma. Thereafter, even if such persons were not in charge, there were always energetic, well-organized types to keep things running, who might not have been sufficiently independent in thought to question religious doctrine, and enforced both law and adherence to "divine" teaching with an iron fist.

Even when not self-conscious about it, the religious leader's motive is to control those under his/her sway. And there are plenty of Jerry Falwells out there who hunger after the power of the mob at their back . . .
0 Replies
1
Reply Tue 26 Nov, 2002 08:26 am
Piffka-I love to talk about religion. Although I am a non-believer, I think that religion was one of the most important civilizers of mankind.

The problem is, as much as I enjoy dialogue, I hate diatribe!
0 Replies
1
Reply Tue 26 Nov, 2002 08:33 am
Phoenix, they can get sucked in with the food and the social fun, as well. Not that I think it is always a bad thing. You are right, though, there is comfort in numbers. The more stiff-necked though, the worse it must be.

I was a member of a church for a while. Very deliberately. It was a comfort after my parents aged & died. A horrible shock to PFK who is as agnostically athiestic as one can be and not be an athiest. I spent a year studying their beliefs. (Truly, by changing two or three of the words and adding a few, nearly the entire operation became palatable, at least for myself.) I even sang in the folk choir, which was a kick!
0 Replies
1
Reply Tue 26 Nov, 2002 08:46 am
Craven: Yes they are, and if relevance is a requisite, I should probably leave now.

Merely making an observation and providing, what I believe is referred to as a, "left-handed compliment".