TV programs & movies exploring the concerns of teenagers .. for teenagers

Forums: Tv, Movies, Film, Fantasy, Humour
Email this Topic • Print this Page
1
Reply Sun 12 Jul, 2009 09:26 am
I see "My So-Called Life" was already mentioned. What about "Fast Times at Ridgemont High"? There is some nudity, and sexual situations, dunno if that will be problematic for you. Hell, much of the John Hughes catalog should work, though it's from the '80s and might not be considered to be new enough.
0 Replies
1
Reply Sun 12 Jul, 2009 10:36 am
@sozobe,
Possibly...I had an idea there was an Australian one....but I just don't know.
0 Replies
1
Reply Sun 12 Jul, 2009 11:14 am
My daughter (almost 14) loved the movie "Freedom Writer".
It tells the story about a newly hired female teacher being challenged in a racially diversified neighborhood in south Los Angeles. She learns of the
problems various students have outside of school, deals with the racial tension between students in class and so forth....

Now to follow up: check out the local classifications for suitability & see which are locally & which aren't. Wish me luck. Quite a bit to get through here!

0 Replies
1
Reply Mon 13 Jul, 2009 04:57 am
You know, the age group I find the hardest to cater for is the 11 & 12 year olds. Not quite little kids (& they hate being treated like little kids!) but not quite into the same material as the more sophisticated older students, either. They're dicey, this age group!

One film I've used quite a bit in the past is this one: 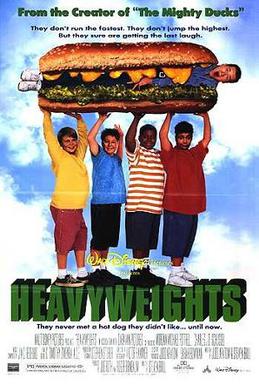 About a summer holiday "fat farm" & the new, repressive regime that has taken over from the really nice old couple, who went bankrupt. Ben Stiller is hilarious (& evil! Boo! Hiss! ) as the slave-driving fitness fanatic instructor who is determined that they'll all lose weight & prove his "Perkis method" to be the best way of doing so. Much of the drama & humour in the film revolves around how the boys try to outsmart him & actually enjoy the summer! Lots of good "self esteem messages" included, too. A lot of fun & kids like it, but I suspect it might be getting a bit dated (1995).

We just watched it for the first time. It's one of those movies that is constantly showing on the Disney Channel and we watched bits and pieces but never the whole thing. My expectations weren't high but I was BLOWN AWAY. Absolutely masterful plotting.

My 8-year-old loved it so it'd be good for the younger group (but not too young, it's not in the least bit patronizing even though it's a Disney movie).

It deals with (American) racism but in a past-tense sort of way -- the modern-day crew is very multi-culti but they don't really deal with any particular issues. A little bit of bullying maybe. Mostly they just deal with psychotic adults, which could be a jumping-off point itself, maybe.

Oh and homelessness is addressed, so that's something else.

Oh I know, jespah & Soz!
The year 8 students study both the book & the film! They love it! 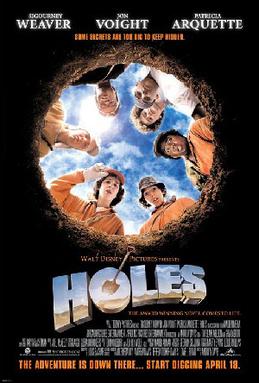 - Zappa (1983), bullying, alienation
- Tro, håb og kærlighed (1984, Twist & Shout), high school in Denmark in the 1960s
- Mitt Liv son Hund (1985, My Life as a Dog), brilliant film set in the 1950s about young teen dealing with growing up and the death of his mother.
Is-slottet (1987, Ice Palace), budding frienship between girls, grief and guilt when one dies in the ice palace.
- F*cking Åmål (1998, Show me Love), budding lesbian romance at small town high school.
- Sofies verden (1999, Sophie's World), introduces kids to the world of philosophy.
Costa! (2001), teen beach holiday, sand, sun, sex and disco
- Hip Hip Hora! (2004, The Ketchup Effect), about dealing with sexual advances and reputation loss
- Säg att du älskar mig (2006), "Say that you love me" is a film intended to educate teens about the issue of rape and all it can entail .
- Älska mig (2008), changing friendships and bullying
- Entre les murs (2008, The Class), dynamics between teacher and students in a highschool class from Parisian suburb.

One footnote: These are all European films and therefore almost all contain scenes with some nudity, the rape scene in Säg att du älskar mig is pretty shocking.

And some harmless US titles (there are so many films set in highschool in the US, but so few that really deal with the issues):

Oh & I loved My Life as a Dog! A wonderful fil. I cried myself silly empathizing with that child who lost his mother ... AND his dog!

My life as a dog has so many aspects in one storyline that it is worthwhile seeing it several times. They are working on a sequel (based loosely on the book En Hund Begraven ("A buried Dog") by the same author. I cannot imagine it being equally tragicomical though.

My life as a dog has so many aspects in one storyline that it is worthwhile seeing it several times. They are working on a sequel (based loosely on the book En Hund Begraven ("A buried Dog") by the same author. I cannot imagine it being equally tragicomical though.

It was based on a book! I didn't know that. And the film followed the storyline fairly closely? (There were quite a few different themes in the film, as I recall ... though it's been quite a while since I last saw it. Wonderful film, though!