Forums: Guns, Crime, Welfare, Cjhsa, Detroit
Email this Topic • Print this Page
1
Reply Tue 9 Dec, 2008 02:22 pm
@cjhsa,
maybe if you spent more time poking pussies you wouldn't be so pent up.
0 Replies
1
Reply Tue 9 Dec, 2008 02:28 pm
I"ve lived in Michigan, almost my entire life.
I've been in Detroit over a thousand times. Like most neighborhoods, there is good, and there is bad. Yes, Detroit is leaning more to the bad saide. No doubt about that. A lot of good people, have spent their time, and money, revitalizing Detroit. In time, (ten or twenty years) Detroit will be on the map again. 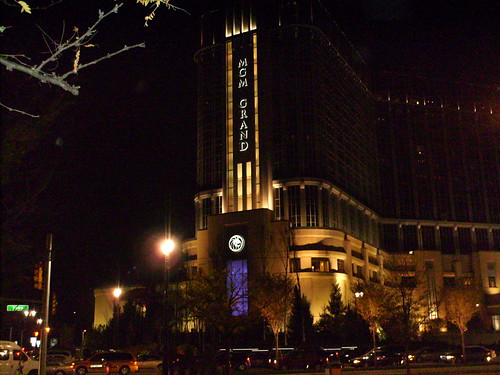 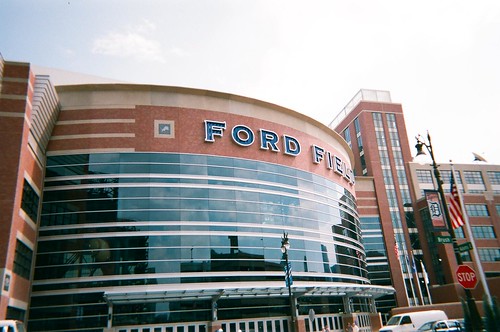 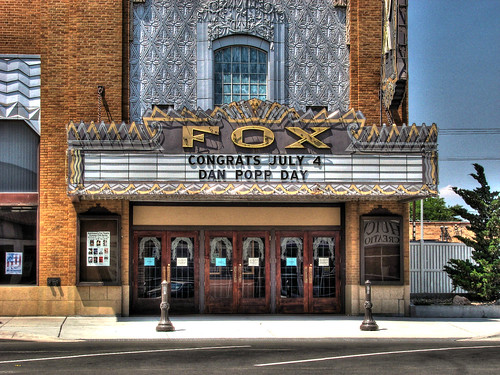 Check it out man.

The Westin Book Cadillac Detroit is a remodeled upscale high-rise hotel in downtown Detroit, Michigan built in the Neo-Renaissance style. Built as the Book-Cadillac, it embodies Neo-Classical elements and building sculpture, incorporating brick and limestone. Among its notable features are the statues of General Anthony Wayne, Antoine Laumet de La Mothe, sieur de Cadillac, Chief Pontiac and Robert Navarre along the ornate Michigan Avenue facade and the three copper terraces that top the building.[1] The hotel is 31 stories tall, and includes exclusive 67(Sold) luxury condominiums and penthouses on the top eight floors. It reopened in October 2008 after completing a 180-million dollar renovation.

The hotel was developed by three brothers, J.B., Frank, and Herbert Book. The brothers sought to turn Detroit's Washington Boulevard into the "Fifth Avenue of the West." Part of that vision was the creation of a flagship luxury hotel. They commissioned architect Louis Kamper to design the building. He had worked with the Book brothers in 1917 on the Book Building. In 1917 they bought the old Cadillac at the northeast corner of Michigan and Washington, but World War I material shortages delayed the start of work on their new hotel. Construction finally began in 1923, and, when the building opened in December 1924, it was the tallest building in the city and the tallest hotel in the world.

Robinwood was an integrated and well-kept block just five years ago, the remnant people say. And then it was gone in the blink of an eye

Food has long been an issue in this city without a major supermarket. Now demand for assistance is rising, affecting a whole new set of people

DETROIT (CNNMoney.com) -- On a side street in an old industrial neighborhood, a delivery man stacks a dolly of goods outside a store. Ten feet away stands another man clad in military fatigues, combat boots and what appears to be a flak jacket. He looks straight out of Baghdad. But this isn't Iraq. It's southeast Detroit, and he's there to guard the groceries.

"No pictures, put the camera down," he yells. My companion and I, on a tour of how people in this city are using urban farms to grow their own food, speed off.

In this recession-racked town, the lack of food is a serious problem. It's a theme that comes up again and again in conversations in Detroit. There isn't a single major chain supermarket in the city, forcing residents to buy food from corner stores. Often less healthy and more expensive food.

As the area's economy worsens --unemployment was over 16% in July -- food stamp applications and pantry visits have surged.

Detroiters have responded to this crisis. Huge amounts of vacant land has led to a resurgence in urban farming. Volunteers at local food pantries have also increased.

But the food crunch is intensifying, and spreading to people not used to dealing with hunger. As middle class workers lose their jobs, the same folks that used to donate to soup kitchens and pantries have become their fastest growing set of recipients.

"We've seen about a third more people than before," said Jean Hagopian, a volunteer at the New Life food pantry, part of the New Life Assembly of God church in Roseville, a suburb some 20 miles northeast of Detroit. Hagopian said many of the new people seeking assistance are men, former breadwinners now in desperate need of a food basket.

Hagopian is an 83-year old retired school teacher. She works at the pantry four days a week, spending two of those days driving her own minivan around town collecting food from local distributors.

The pantry, housed in the church basement, gives away boxes of food that might feed a family of four for a week. It includes dry and packaged goods like cereals and pasta, peanut butter, canned fruits and vegetables, 7 or 8 pounds of frozen meat (usually chicken or hot dogs), and eight pan pizzas donated from a local Pizza Hut. Most of the other food is purchased from a distributor or donated by the county food program. Last month they gave out 519 boxes.

Hagopian hopes the demand for food doesn't get much worse.

"I hope we're at the top of it because we'll run out of food, and then we'll have to go out and find some more," she said.

She should brace for the worst. Across metro Detroit, social service agencies are reporting a huge spike in demand for food assistance.

Gleaners, an agency that distributes excess food donated from food processors, says their distribution is up 18% from last year. Michigan Department of Human Services, which handles federal food assistance like food stamps, WIC checks and such, has seen a 14% spike in applications since October. Calls to the United Way's help line have tripled in the last year.

"Given the resources, we could double our numbers," said Frank Kubik, food program manager for Focus:Hope, a Detroit aid organization that fed 41,000 mostly elderly people last year. Kubik said his program is restricted by charter and budget from serving more than its current number of clients. But if that were changed, he could certainly serve up more meals.

"There's no doubt about it, there's just so many out there that are really struggling right now," he said.

The changing face of hunger
There have been plenty of people struggling in Detroit for a long time. What makes this recession different is the type of people coming in. It's no longer just the homeless, or the really poor.

Now it's middle class folks who lost their $60,000-a-year auto job, or home owners who got caught on the wrong side of the real estate bubble.

Many of these people have never navigated the public assistance bureaucracy before, and that makes getting aid to them a challenge.

"They have no idea where the DHS office is," said DeWayne Wells, president of Gleaners, the food distributor.

To assist these newly hungry, Wells pointed to the United Way's 211 program, where people can call the hotline and speak to an operator that guides them through a wide range of available social services.

The Michigan Department of Human Services is going digital, rolling out a program where people can apply for food stamps via the Web.

That may help ease another challenge in getting aid to the middle class: pride. Many people feel so bad about having to ask for help that they just don't, or they have issues with it once they do.

"They'll say things like 'I've never had to do this before' and they feel a little uncomfortable," said Hagopian, the retired school teacher. But she says times have changed, the good union jobs are disappearing and it's harder and harder to find work.

"I just tell them society is not what it used to be," she said.

Detroit responds
Actually running out of food doesn't seem to be a problem, so far. In fact, because more people are being affected the response seems to be greater.

"A few years ago it was someone you saw a profile of on TV," said Wells. "Now it's your brother in-law, or the people your kid plays soccer with."

Wells said volunteers are up at Gleaners, as is general community awareness.

The Feds have helped too. Food stamp allowances were increased 14% nationwide under the stimulus plan.

Detroiters are also helping themselves in smaller ways. Thanks to the dearth of big supermarkets in Detroit proper - a phenomenon largely attributed to lack of people - and plenty of vacant land, community gardening has caught on big.

It's not so much that these gardens are going to feed the city, although they certainly help. It's more that they can be used to teach people, especially children, the value of eating right.

"I use vegetables every day," said one child at an after school gardening program run by Earthworks Urban Farm, near the heart of the city. "Last night, an onion I picked from here, I had in my potatoes."

Hearing that is good news to people like Dan Carmody, president of Eastern Market Corp., a century-old public market selling fresh produce and other foodstuffs near downtown Detroit.

Carmody is part of a group of people tying to bring healthy food to town. The efforts include setting up mobile produce stands around the city, working with convenience store owns to stock better produce, and trying to set up a program that allows food stamp recipients to spend twice as much money if they buy from a local farmer.

He says the food situation in Detroit is particularly depressing because the surrounding areas are chock full with some of the best eats around: Michigan grows some of the most varied crops in the nation, everything from apples and cantaloupes to peaches and watermelon. Windsor, just across the bridge, is the hydroponics capital of Canada. Artisan Amish farms are also close by in Ohio and Pennsylvania.

Getting this food to Detroit, and getting Detroiters to buy it is the challenge. That's where the urban farms come in.

"Once kids start seeing where their food comes from," he said, "it changes the whole approach to how they eat."