Any good suggestions for when you must "bring a plate?"

By which I mean when you're expected to bring a food contribution to say, a Christmas gathering, a meeting of friends, etc ....

Something that you can prepare beforehand, hopefully without too much trouble & strife.

For some reason, there are always plently of dessert contributions, but few offerings of the savoury variety. Possibly because of the need to re-heat a number of savoury type dishes?

Anyway, I thought I'd get in early so's I don't end up taking my same old offering (not that anyone complains!

) to my usual get-togethers.

Ordinarily, my thoughts woud turn to desserts,
but since u nixed that, maybe some roast chicken ?
Steak ?
That is not too demanding to prepare.
Order some Chinese food ?
2 Replies
2
Reply Tue 18 Nov, 2008 06:58 am
@msolga,
Also, go to Foodtv.com and look for recipes by Sandra Lee. Her stuff is "semi-homemade" and very simple to prepare.
0 Replies
2
Reply Tue 18 Nov, 2008 05:55 pm
@msolga,
You could bring all the gear and fixings for a fondue, either savory (cheeses, bread cubes, veggies, etc.) or sweet (chocolate and fruit).

Or how about some kind of rice pilaf?

Or, some homemade bread, yeast or quick bread?
1 Reply
2
Reply Tue 18 Nov, 2008 06:00 pm
@msolga,
I'd volunteer my recent spinach torte recipe except that torte wedges would benefit from a short microwave. So.. that would depend on the event arrangements.

Never lasts long at a party.

I do it so often I don't even use a recipe anymore. I'll see if I can find a good one for you with lots of detail.

2 Replies
2
Reply Tue 18 Nov, 2008 07:16 pm
@Butrflynet,
Yes, just like my spinach torte. Best with microwave to whomp it up as a single dish to wonderment.
0 Replies
2
Reply Tue 18 Nov, 2008 07:17 pm
@Butrflynet,
The basic ratio is two eggs per cup of milk/cream and a cup of shredded cheese per pie crust. You'll need more or less of each depending on what other ingredients you add. Pile up the veggies and cheese into the pie crust and then pour the egg/milk mixture over them, pouring slow enough for the liquid to seep through the layers of veggie. Then bake for about 45 minutes.

I usually make two of them, and freeze the second one for later. It is a good way to use up a lot of leftovers.

Here's Alton Brown's Refrigerator Pie recipe as he calls it.

Any one of the following combinations:

Directions
In a nonreactive, stainless steel bowl, combine the cream or half-and-half and the eggs. Whisk until combined thoroughly. Add the salt and the nutmeg. Whisk to combine.

Heat oven to 350 degrees F. Evenly distribute the pie fillings in the pie crust. Do not overfill the crust with the filling ingredients. Do not pour too much royale into the crust. The eggs will expand upon cooking. Bake the pie until it is firm to the touch like set Jell-O, about 45 minutes. Cool the pie for at least 15 minutes before slicing.

Home-made french fries with a spicy chipotle sauce, or some other sort of peppery sauce.

Never lasts long at a party.


That's be terrific if the gathering was at my home, Cyclo ... but it isn't. I need to make the food beforehand, then transport it there.

But I certainly will try that when I have my next summer gathering here - at home! I love spicy sauces!

Any other ideas would certainly be most welcome!
1 Reply
2
Reply Wed 19 Nov, 2008 01:21 am
@msolga,
For the past few months my "plate" has been sausage rolls. Frozen puff pastry makes them easy. A total stranger gave me the hint to put 1 grated apple in the meat mix - makes a difference. A big plate reheats in a few minutes of microwave.
1 Reply
1
Reply Wed 19 Nov, 2008 01:50 am
@spikepipsqueak,
Hello spikepipsqueak

I think I read on another thread, that you're from Melbourne, Oz? Or do I have my wires crossed?

If you are a Melbournian, like my good self >>>> G'day! And welcome! (Aren't we lucky to live in the best city in Oz? 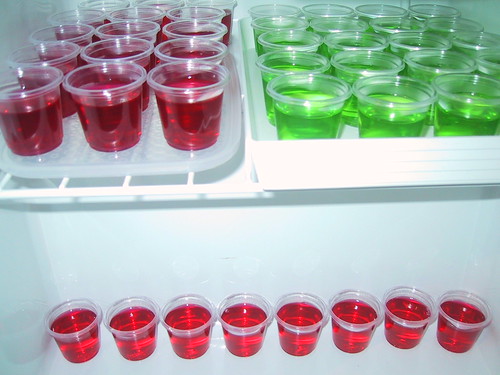