Forums: Halloween, Costumes, Offbeat
Email this Topic • Print this Page
Reply Sun 26 Oct, 2008 02:01 am
With Halloween approaching we are sure to see a lot of odd costumes so I'm collecting the ones I run into here.


More of these here: http://www.cracked.com/article_16727_20-costumes-that-will-earn-you-halloween-beating.html
0 Replies
1
Reply Sat 1 Nov, 2008 08:28 pm
No pictures, and probably only politicos will think this as hilarious as I thought it was, but these two Halloween costume ideas (in the comments section to an Ezra Klein blog post) must win a prize for the two all-time geekiest Halloween costumes ever - and kudos to 'em for it:

I'm going to have a pie on a rack in front of me that is a pie chart (pie i have eaten vs pie i have not eaten).

I actually thought that would be the geekiest ever, but then a few posts below there was this one:

Dressed as a methodological artifact in political opinion polling. I mean, seriously, wow 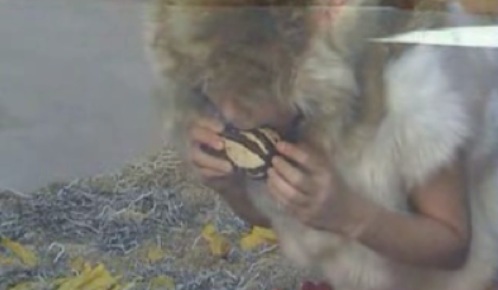 Attaboy, who co-edits my favorite art magazine Hi-Fructose, sent me this fun video of artist Sako Kojima who lived like a hamster in a storefront window for almost a week. According to Kojima's Web site, "This performance is so hard bacause sako was moving all day long as a hamster. quickly running, biting wood, paper and scratch wall. It continue about from 3 to 6 days. After the days sako come back human."

What a horse's ass!!
0 Replies