Thrillingly, the early episodes of Sesame Street have just been released on DVD, but be warned - those shows are dangerous! Slapped across the front of the case is the message, "These early Sesame Street episodes are intended for grown-ups, and may not suit the needs of today's preschool child." And looking at the wobbly sets and be-stringed puppets, they probably are better suited to sentimental adults than kids raised on Pixar. But this sticker is an expression of concern.

It's not the psychedelic nature of the programme in its 70s incarnation that worries, but the behaviour it might encourage. Children dancing in the street! Grown men reading storybooks to kids - for no apparent reason!

Cookie Monster is the number one problem, not because he is a monster, but because he eats cookies (encourages obesity), and when his addiction takes a special stranglehold, the plate (might hurt). His alter ego, Alistair Cookie, used to smoke a pipe before eating it, which, Sesame Street producer Carol-Lynn Parente explained to the New York Times, "modelled the wrong behaviour", and so Alistair was, tragically, dropped, and he now probably munches down on pipes in bitterness in illegal pipe dens.

The clearly depressed Oscar the Grouch is another problem: "We might not be able to create a character like Oscar today," said Parente, which is possibly one of the most depressing sentences I have read in my life.

For those of us reared on Sesame Street, the degree to which the show is embedded in our psyche is hard to overstate. My favourite segment was the 1979 one when the Muppet band the Beetles, suitably mop-topped, if a little fuzzier of face than the originals, sang their poignant ballad Letter B (sample lyric: "When I find I can't remember/What comes after A and before C/ My mother always whispers, 'Letter B'," and yes, I am quoting from memory). But 30 years on, the perils here are overwhelming: their hair is in their eyes! They're playing electrical instruments! And, my God, one is playing the drums without any protective clothing! Frankly, it's astonishing I managed to grow up unscathed.

This can't be for real, can it?

This is terribly sad!

So what is suitable for today's pre-school child, then?
0 Replies
1
Reply Mon 10 Dec, 2007 06:54 am
if this article is serious, to me this is just an example of our over paranoid society chewing away at yet another childhood thing.

We cant let our kids outside by themselves

Heaven for bid a kid likes cookies or candy, according to our society they are doomed to being fat

Kids have to sit still in class now, no matter what or they are labeled with add

Kids have to have protective gear on each piece of their body just to ride a bike. Heaven forbid they scrape their skin. And if they do you had better disinfect that skin with in an inch of scraping it off ! they might get sick!


Golly, what do little kids do for fun these days?

0 Replies
1
Reply Mon 10 Dec, 2007 01:06 pm
I've read several articles that mentioned they'd changed Cookie Monster, out of concern for him being a bad influence, so I think it's for real. He gets excited about veggies now or something....

What a weird comment about Oscar, too-- "We might not be able to create a character like that today." Why on earth not?! Isn't the point of Oscar to show that you shouldn't be grouchy with people? And I always thought Cookie Monster was kind of showing what greediness is like, you know? It's like they're saying that now you can't have kids see a character with any failings at all.

I think it's about hyper parents more than anything else, though -- as in, not that the powers that be actually think that what was fine then is somehow actually harmful now, but that they're covering their butts so that some hyper-sensitive parents don't buy it for their own kids and then get all outraged about Cookie Monster eating cookies and stuff.

It's a serious article, I first read it a few weeks ago in the NYT and thought about posting something about it.

Tried to post it last night, after I found it, but had problems. 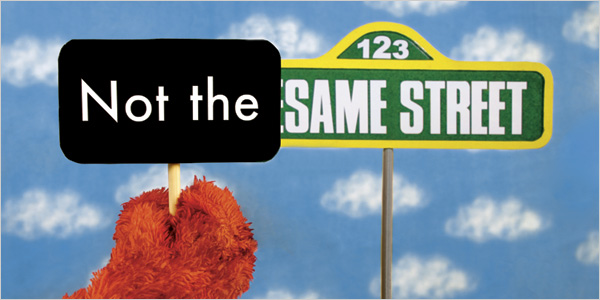 I'm glad the powers that be ban this kind of pollitically incorrect fallderall. my generation is so messed up because of it.
0 Replies
1
Reply Tue 11 Dec, 2007 01:53 am
dadpad wrote:

Did you know the swedish chef speaks (some not very intellegable) swedish?

I'm glad the powers that be ban this kind of pollitically incorrect fallderall. my generation is so messed up because of it.

Yes, yes. We see evidence of this all the time!

I've read several articles that mentioned they'd changed Cookie Monster, out of concern for him being a bad influence, so I think it's for real. He gets excited about veggies now or something....


That freaking breaks my heart. I loved Cookie Monster. What is wrong with people? I guess the show was created back when everyone still had an imagination and didn't take everything so literally.
0 Replies