Your favorite font, or, fonts

Forums: Fonts, Typography, Typeface, Font, Original Writing
Email this Topic • Print this Page
1
Reply Tue 29 May, 2007 02:02 am
One of the things I like about Palatino is that it's one of the few fonts on my computer that can handle weird diacritical marks, like Czech letters and such.

I lost it when my old computer blew up. 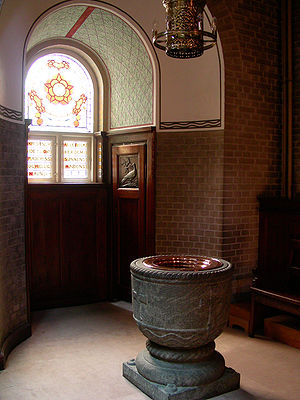 I once had a great font which was an authentic-looking gothic script and was entitled "Germany", as I remember.

I lost it when my old computer blew up.

Does anyone know how I could get it again?

Thank you. I must do more research, but my computer skills are more noticeable by their absence.

It's amazing how many variants of the gothic script there are.

Mine was simply called Germany, a convenient label only no doubt, and it didn't have so many twiddly bits.
It's nice to ba able to occasionally turn out an ancient-looking document. I used to be able to send tt e-mails direct from my computer which looked great (imho), in German to my teacher.
0 Replies
1
Reply Thu 27 Mar, 2008 04:28 pm
Ah ... fewer twiddly bits ... I shall keep a lookout.
0 Replies
1
Reply Thu 27 Mar, 2008 04:32 pm

Hmm, can't remember and don't want to read back, even though I started this, but did anyone add some of the newly invented fonts? (no, I'm not sure what I'm talking about, except that it's not about nothing.)

Ack, maybe I did, maybe I'd better look.
0 Replies
1
Reply Thu 27 Mar, 2008 04:46 pm
And I like all the twirly german type fonts, from my one semester of German 1A. I regret the classes were too distant from the science quad at the time, where I had troubles enough.

I know a smidge of italian, a midge of spanish, a pigeon of english, a basis of latin forgotten, a mere dot of german. But I also love art, and love fonts.
0 Replies
1
Reply Thu 27 Mar, 2008 05:05 pm
OK, I reread the thread and see neither I nor anyone else posted some new artist derived fonts, whatever I mean by that. I must have read some article. Let me guess, the NYT. Will see if I can find it.

To answer Craven from however long ago - that was the board before last. I did try to clean it. Perhaps with practice.

Now I try to eat and drink x number of inches away.

another Germany gothic font...who knew there were so many.

Yo, Dag, these two links you gave didn't work.