How is your garden looking today?

Forums: Garden, Gardening, Pets And Garden, Plants, Botany
Email this Topic • Print this Page
1
Reply Sun 2 Feb, 2014 02:42 pm
@Butrflynet,
mix some of that water polymer into your soil when you waterlog it. That stuff will keep the soil moist if you miss a watering or two.
I will sow my peas right in the ice cold soil
0 Replies
1
Reply Sun 2 Feb, 2014 04:32 pm
@vonny,
Drier than bone dry. We just broke another record. This was written on Friday, it is Sunday and we still don't see any moisture in the forecast except for a 20% chance some clouds might spit on us as they blow by next week.

Albuquerque has tied a 91-year-old record for the longest streak in the winter months with no precipitation, and there’s a chance that record could be broken if the city sees no rain before midnight Saturday night.

Through Friday, it’s been 41 days since any precipitation – including trace amounts – has been detected at the Albuquerque International Sunport, which hasn’t happened during winter months since the winter of 1927-1928, according to National Weather Service forecaster Clay Anderson.

Anderson said storm systems coming from the West Coast toward New Mexico were thwarted by a “blocking ridge,” a stationary weather pattern. The lack of precipitation could cause early start times for wildfires and exacerbate an already diminished snow pack.

Albuquerque could see some precipitation Monday night, but Anderson there’s a higher chance that a storm system could bring relief Thursday or Friday.

1 Reply
1
Reply Mon 3 Feb, 2014 03:54 am
@Butrflynet,
A large part of England is suffering from having the wettest January for a hundred years or more! Many places are flooded, and flood warnings are going out with alarming regularity.

The lawn has disappeared, the winter pansies have donned swimming aids, the tennis court is slightly damp, the pond fish have a much larger area to play in and the cat has been in wet inspired grump mode since January 3rd. 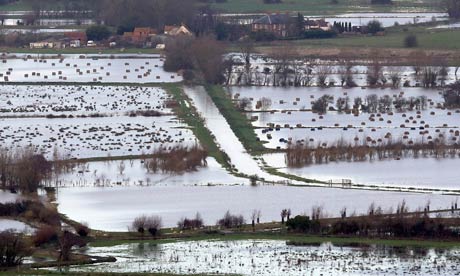 Apart from that, everything's peachy.
0 Replies
1
Reply Fri 14 Feb, 2014 05:52 am
@Butrflynet,
what are we planting? peas and spinach ove to be planted in the snow. Many of our Amish neighbors put their onions IN the snow and then just cover with compost
0 Replies
1
Reply Sat 15 Feb, 2014 02:41 pm
Later sunsets.
It is starting to sound different outside.
Heat wave next week, it is going to hit forty degrees fahrenheit.
0 Replies
1
Reply Mon 2 Jun, 2014 03:32 pm
the botanical look up front.Featured in this view are honeysuckle hedge, wild phlox, iris,and peony (still in bud).

1 Reply
1
Reply Mon 6 Oct, 2014 04:03 pm
@neko nomad,
I cut the dead grass from my front yard lawn, and used a blower to clean off the dead leaves from the front of my house. It looks a little bit cleaner, but I know that with the fall season, the leaves are going to 'dirty up' our yard for the next month or more.
1 Reply
1
Reply Mon 13 Oct, 2014 08:23 am
@cicerone imposter,
Today, I learnt how to tell the difference between Japanese and Chinese Wisteria.

Some in our neighborhood still have green grass.
0 Replies