Due to the rising temperatures, the common blue butterfly is increasing its population after years of diminishing numbers.

www.bbc.com/news/uk-49237092
1 Reply
2
Reply Mon 5 Aug, 2019 01:40 pm
@Sturgis,
weve seen a lot more Monarch butterflies in the mid atlantic states this summer. I think its because a number of the milkweed plants varieties have been cultivated and have established themselves along highway margins and similar spaces
2 Replies
2
Reply Mon 5 Aug, 2019 01:51 pm
@farmerman,
https://www.seemonterey.com/things-to-do/parks/monarch-grove/
0 Replies
1
Reply Tue 6 Aug, 2019 02:56 pm
@farmerman,
The same is true here in mid Hudson Valley in upstate New York around the lake near our home. Lots of monarchs more so than another years, as well as Milkweeds.
2 Replies
1
Reply Tue 6 Aug, 2019 04:54 pm
@Ragman,
It's hot here in Northern California, and I just got stung by a bee. The only remedy I'm using is an icepack. We're having new ac and heater installed, and my wife asked me to go outside to check out the new ac in the back yard. The electrical outlet box had some bees, and attacked me. OUCH~!
1 Reply
1
Reply Tue 6 Aug, 2019 05:43 pm
@cicerone imposter,
sounds like youve installed a heat pump AC/heater. They are the most efficient. we have a new ground cycle het pump as our new AC in our two floor studio building. Its wonerful . Youve got much hotter weather than we, but our humidity is a killer. I recall driving up to Lassen by I-5 , It was 107 degrees nd like an oven. Yet, when I walked, the sweat just wicked off and evaporated and I became "Swamp cooler man"

I was working in the studio today. It was 88 and 98% humidity. I had the temp set at 78 degrees F and with the humidity getting sucked out of the air, It was just lovely.
I think Im gonna have a short range wifi hot spot installed over there.

0 Replies
4
Reply Tue 6 Aug, 2019 05:48 pm
@Ragman,
EXCELLENT> We have several Monarch restoration groups down here. It a lot of kids going out and planting the Esclepias(???sp??) plants , (the prennial varieties). I was talking to some kids that were on the butterfly team and they said theyve been back counting larvae and theyve already made it to ovr 3 000 !!!. 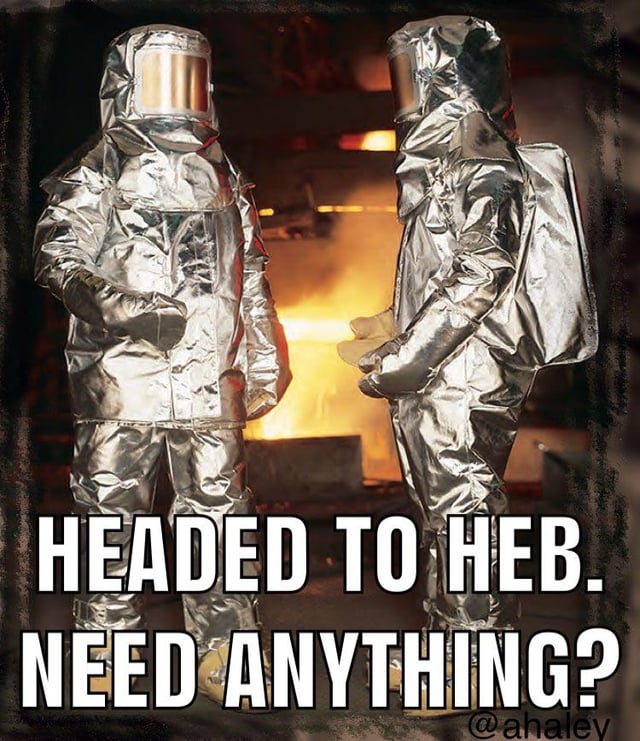 For days, Trump stubbornly insisted he was right about the hurricane's path, giving fodder to late-night comics when he showed off a map that had been clumsily doctored with a Sharpie. But the story took a more serious turn last Friday when the National Oceanic and Atmospheric Administration — the federal agency that includes the National Weather Service — issued an unsigned statement defending the president's tweet and chastising the Birmingham forecasters who contradicted it.

"We were reacting to the calls that were coming into our office, and people were actually frightened," said Kevin Laws, science officer for the National Weather Service in Birmingham. "They were wanting to cancel surgeries, and they were wanting to go pick up elderly parents at the coastline because they were genuinely scared. And we felt like we needed to make a statement on where this storm was going to go and to reassure our people."

2 Replies
2
Reply Wed 11 Sep, 2019 02:42 pm
@tsarstepan,
Trump never understands the consequences of his ignorance. Trump, "the most dangerous man in the world" is fair warning to the world.
1 Reply
2
Reply Thu 12 Sep, 2019 08:48 am
@cicerone imposter,
In turn, that makes the American voting populace the most dangerous voters in the world for electing the Village Idiot. The best that we can do now is get rid of him and then spend the next 20 years removing the stench.
0 Replies
1
Reply Thu 12 Sep, 2019 09:20 am
@tsarstepan,
This is troubling on so many levels.

We depend on various weather services to keep people safe. The reason why worse storms than the Blizzard of '78 don't kill anywhere near as many people in New England is due to better forecasting.

Cutting off the knees of a scientific department whose sole purpose is truth and safety is like, oh, here's an example. https://rationalwiki.org/wiki/Caligula

Now, the account of Caligula fighting Neptune and declaring victory isn't necessarily true. Scholars today think Suetonius was laying it on a little too thick and too heavy.

Would that Suetonius were alive today. I think he'd worry he was out of a job.
1 Reply