Great Actors Past and Present

Here are some actors I greatly respect.

(I can imagine them working together sometime)

(As far as I know, these two never worked together. Shame.)

I read James Stewart's biography a while back. He was stationed here in England during WWII. A well respected officer and pilot.

Wondered what other actors may get named here.
Type: Discussion • Score: 0 • Views: 5,017 • Replies: 29
No top replies
1
Reply Sat 17 Sep, 2005 10:07 pm
I think quite possibly Robert deNiro is the most versatile film actor of all time. He literally becomes the character he is portraying. Dustin Hoffman and Robert Duvall run close seconds. But none of them can touch Meryl Streep.

I loved James Stewart but he had the impediment of that unmistakeable voice and delivery. You would never mistake Stewart for anyone but Stewart. His close friend Henry Fonda was a far better actor.
0 Replies
1
Reply Sun 18 Sep, 2005 04:47 am
Gene Hackman...here is an actor who when he is in a role I forget for a while who it is that is doing the acting. He becomes the character, it is felt and seen in every move, every motion, every breath. True actor and never fully appreciated.


From the past is a harder call there are too many to think of and sift through so I will not submit a choice for that category...at this time, maybe in a few more hours (or days or even weeks I will).
0 Replies
1
Reply Sun 18 Sep, 2005 05:20 pm
Yeah, Robert deNiro and Gene Hackman are definitely on the US list. Also Meryl Streep. I saw her recently in The Manchurian Candidate. She was just incredible. As Wendy Ide from the Times said, "Utterly Terrifying."

What about Tom Hanks? Is he up there with the greats? I have a lot of respect for his acting.
0 Replies
1
Reply Sun 18 Sep, 2005 05:42 pm
Tom Hanks, eh? Admittedly he has done quite a bit of good work and some great work. I like him as an actor; yet, I don't always manage to forget that it is Hanks up on the screen and not the character he is portraying.
0 Replies
1
Reply Sun 18 Sep, 2005 08:24 pm
Someone somewhere once described Hanks as the Jimmy Stewart of our day. That may not be too far off.

Among great film actors of the past, I think Sir Lawrence Olivier is right up there among the greats. And Alec Guiness.
0 Replies
1
Reply Mon 19 Sep, 2005 06:48 am
Alec Guiness
Yes. When you compare his performance in the genuine Ealing version of the classic The Lady Killers, with Tom Hank's effort at the new, American version... there is no comparison.
Alec Guiness was a master.
0 Replies
1
Reply Mon 19 Sep, 2005 07:18 am
Going back to James Stewart, when I think of him in The Philadelphia Story and then in Vertigo, or in The Glen Miller Story, I do see those characters as completely different.
This may have something to do with the fact that I don't watch television and have never seen the man 'being himself'.
I don't see an actor as a 'celebrity' I see them as workers doing part of a job - same as a director or cameraman.

For me, Stewart was totally convincing. Whatever part he took on, he seemed to have a genuine understanding of that character.
If anything, I think he was under-rated. 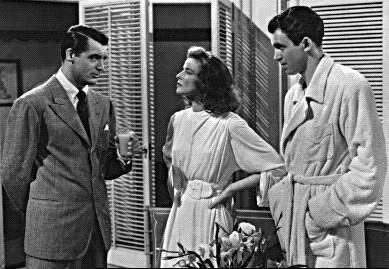 Alec Guiness
Yes. When you compare his performance in the genuine Ealing version of the classic The Lady Killers, with Tom Hank's effort at the new, American version... there is no comparison.
Alec Guiness was a master.

Alistair Sim. . I remember first time I saw 'An Inspector Calls' -being fascinated with the man and the complicated story behind the woman's death. I saw it sometime around 1980 and it seemed political even then. (I think it was made in 58?) Bit of a social statement at that time, I'd say.

He was also brilliant as Scrooge for certain, but I think his Headmistress character in the St Trinians films is my favourite of his performances. He was outstanding in those (along with Joyce Grenville).

Yeah, Alistair Sim goes on the list of all time greats. Of course he does.

The old Ealing comedies were superb. My favourite had to be the Lavender Hill Mob.

Great comedy. Alec Guinness at his very best. I have wondered if this was the film that partcially inspired Guy Richie's film 'Snatch' - which (for me) has the flavour (if not the innocence) of the old Ealings.

Great Actors Past and Present

Here are some actors I greatly respect.

(I can imagine them working together sometime)

(As far as I know, these two never worked together. Shame.)

I read James Stewart's biography a while back. He was stationed here in England during WWII. A well respected officer and pilot.

Wondered what other actors may get named here.

0 Replies
1
Reply Wed 21 Sep, 2005 06:05 am
He was funny as Tuttle - but also strangely endearing.
That's why he's good. His characters are complex.
0 Replies
1
Reply Sat 24 Sep, 2005 07:41 am
Gweneth Paltrow is good to me.. and Holly Marie Combs (Charmed) and Lauren Graham (Gilmore Girls) are two of the most underated great actors in television in my opinion..
0 Replies
1
Reply Sun 25 Sep, 2005 10:11 pm
I think Brando should be in the good discussion going on.
On another thread, I was heralding Brando as the greatist actor. But, I have been agreeing most heartily with the comments about DeNiro, Olivier, Guiness.

In recent years, Dustin Hoffman played Willy Loman on Broadway for a limited run. Paul Newman played the narrator in "OurTown.". Al Pacino has quite frequently played on stages and outdoors in Central Park. Obviously, not for the money. I think they're getting a fix that only a live audience can provide.

But it is important, IMHO, to ask what do we mean by great acting. The two media, film and the stage, are quite different in the demands made on actors.
0 Replies
1
Reply Sun 25 Sep, 2005 11:13 pm
I have always thought Colleen Dewhurst was a great character actor.
0 Replies