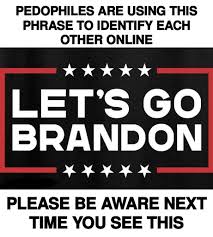 I'm having a fine time, William, while you folks are still freaking out that Trump has support, and will likely oust your derelict dropkick paedophile pretender come 2024. 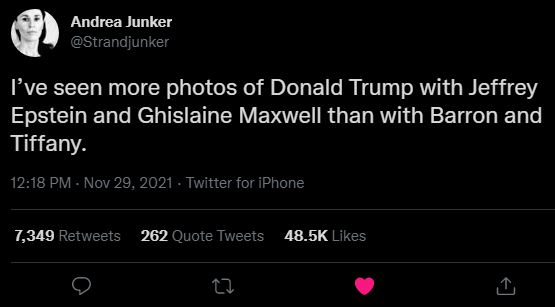 (quote)
Did Russia save Trump from bankruptcy? KGB groomed ex-prez 40 years ago for Moscow's benefit, claims bombshell book
Trump’s links with Russia started in 1976 when he decided to move from Queens to Manhattan for developing real estate, author Craig Unger claimed. 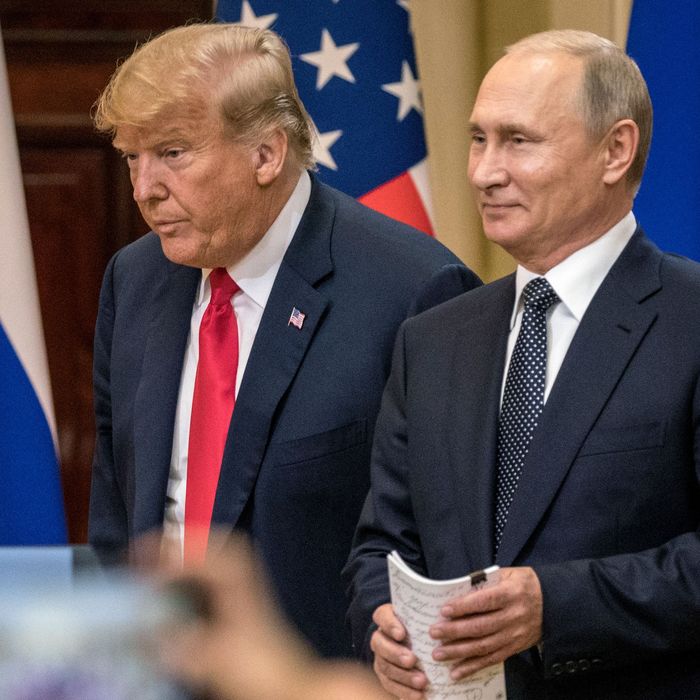 Former President Donald Trump was often accused of going soft on Russian President Vladimir Putin during his term in office, even when Moscow was charged with paying Taliban extremists to target American troops deployed in Afghanistan. The general mood was upset with the former commander-in-chief alleging that he was not stern enough when it came to the Cold War-time foe even though Trump repeatedly claimed that no other president has been as strong with Moscow like him.

Now, a new book has come up with shocking revelations that would make the former president’s critics feel vindicated. It has claimed that Trump had been nurtured as a Russian asset more than four decades ago and it culminated into a long relationship of mutual benefit to both Moscow and the businessman-politician.

The book has even claimed that the former president was rescued from several bankruptcies by Russian money that was laundered through his real-estate business in the 1980s and 90s. Funds from Russia were also used for picking up tabs for buildings franchised under the name of Trump, the first one-term president America had in over three decades.

Craig Unger has come up with these sensational claims along with many others in his book ‘American Kompromat, How the KGB Cultivated Donald Trump, and Related Tales of Sex, Greed, Power and Treachery’ that released on Tuesday, January 26. Unger, a journalist-writer, has authored six books including New York Times bestsellers like ‘House of Bush, House of Saud’ and ‘House of Trump, House of Putin’.

The 71-year-old Unger has written in his latest book that an invitation to Russia by a high-level KGB official in 1987 in the name of a preliminary scouting trip to set up a Trump hotel in Moscow was actually a “deep development” by KGB handlers that furthered creation of secret back channels and allowed the Russians to target the American democracy. He said after Trump became the president, he gave Putin everything he wanted.

The book is based on interviews with dozens of high-level sources – Soviets who quit the KGB and shifted to the US, former CIA officers, FBI counterintelligence agents besides analyses of papers of FBI probes, police investigations and news articles in English, Russian and even Ukrainian.

Unger said that Trump and Russia were together when the former had a close friendship with convicted sex offender Jeffrey Epsein who died in August 2019. Epstein supplied Russia and Silicon Valley with minor girls, the author claimed in the bombshell book.

'Trump's Russia links started in 1976'
Trump’s links with Russia started in 1976 when he decided to move from Queens to Manhattan for developing real estate, the author claimed. “Under the tutelage of the ‘Mafia lawyer and dark satanic prince of the McCarthy era’, Roy Cohn, who tutored Trump on how to find generous tax abatements, the brash real estate developer paid one thin dollar to buy the old decrepit Commodore Hotel that sat next to Grand Central Station on 42nd and Park Avenue,” an exclusive report in Daily Mail said.

US President Donald Trump and Russian President Vladimir Putin shake hands during a joint press conference after their summit on July 16, 2018, in Helsinki, Finland (Chris McGrath/Getty Images)
“The development of that decaying monstrosity into the Grand Hyatt New York offers the key to Trump’s first encounter with the Russians when he went downtown to Joy-Lud Electronics at Fifth Avenue and 23rd Street to buy hundreds of television sets for his new hotel. Store co-owner Semyon 'Sam' Kislin, was a Ukrainian Jew who emigrated to Manhattan from Odessa in 1972 and hung a sign on his store's front door reading, ‘We speak Russian’.

“Kislin co-owned the store with another Soviet émigré Tamir Sapir and sold electronic equipment to Soviet diplomats, KGB officers and Politburo members returning to the Soviet Union because it had all been adapted to PAL, technical standards used in Europe and Russia. That stood Jud-Lud Electronics apart from the wildly popular 47th Street Photo and Crazy Eddie grabbing the airwaves with their big pitch, discount claims,” the report added.

Jud-Lud was the only place to purchase electronic equipment and consumer goods to take back to the former Soviet Union. It is learnt that Trump picked up the television sets on credit and paid Kislin within 30 days, something that was unusual for a man who snubbed his vendors.

Kislin’s store was “used by the KGB to initiate overtures to prospective assets” and Trump came under the Russian agency’s scanner. The fact that he sold condos worth multi-million dollars to the Russia mafia laundering funds by buying through anonymous shell firms also brought Trump closer to the Russians.

Besides, his first marriage with Ivana Zelnickova, a Czech national from a place where the secret police worked in tandem with the KGB, in 1977 also strengthened the surveillance on the businessman who had started expressing his wish to become the president one day.

Then I'm quite confident you're able to outline exactly where we both lied, William?


Not up to me, up to the monitors! In America, false information such as you and Leadfoot have been spouting is not only a lie by the prevaricators, but also a liability of the website providers!