Forums: Trump, Moron, Dupe
Email this Topic • Print this Page
1
Reply Thu 15 Jul, 2021 11:43 am
Michael Wolff was interviewed on the Radio the other day, he’s got a book out about the last days of the Trump administration.

Trump lives in the moment, there is no past or present, just now. He invited Wolff over because he had good ratings. Trump had said some pretty nasty things about Wolff, but when he got there Trump was all smiles and hail fellow well met, no mention of anything previous.

When the election results came through the only person who believed it was fraud was Trump. Nobody else in the Whitehouse believed, only Trump, until Guiliani stepped in to knowingly lie about fraud.

Back when Trump first announced he was running for president, before he’d even won the Republican nomination, Wolff asked him why he was running. Trump said it was because he wanted to be the most famous person in the World. He may arguably have achieved that wish.
1 Reply
1
Reply Thu 15 Jul, 2021 01:33 pm
@izzythepush,
izzythepush wrote:

Back when Trump first announced he was running for president, before he’d even won the Republican nomination, Wolff asked him why he was running. Trump said it was because he wanted to be the most famous person in the World. He may arguably have achieved that wish.


General Mark Milley, the chairman of the Joint Chiefs of Staff, likened Donald Trump’s effort to hold on to power after the 2020 election to Adolf Hitler, saying the president was preaching “the gospel of the Führer” with his lies about the election being stolen, according to a new book by two Washington Post reporters.


As chronicled in I Alone Can Fix It, by Carol Leonnig and Philip Rucker, the Pentagon’s top general said shortly before the January 6 insurrection at the Capitol that Trump had led the country to the brink of its own “Reichstag moment,” viewing him as a potential threat to American democracy. (Intelligencer obtained a copy of I Alone Can Fix It, which is due out July 20.)

Trump had appointed Milley to be chairman of the Joint Chiefs in 2018, over the objections of Defense Secretary James Mattis. The Army general’s tenure at the top of the Pentagon had been relatively quiet, until last summer, when he appeared in uniform during an infamous photo opportunity for Trump in Lafayette Square that followed the clearing of protesters in front of the White House. Milley later apologized for creating a “perception of the military involved in domestic politics.”

Although the book chronicles Milley’s concern with Trump dating back to that moment, the general’s worries grew rapidly as the president plunged the nation into chaos following Election Day. Seven days later, Milley got a call from “an old friend” with an explicit warning that Trump and his allies were trying to “overturn the government.” Milley was confident that any attempts by Trump to hold on to power would be thwarted, because the military wouldn’t go along. “They may try, but they’re not going to ******* succeed,” he told aides. “You can’t do this without the military. You can’t do this without the CIA and the FBI. We’re the guys with guns.”

Still, Milley was disturbed by the sight of Trump supporters rallying to his cause in November, calling them “Brownshirts in the streets.” Leonnig and Rucker wrote that Milley “believed Trump was stoking unrest, possibly in hopes of an excuse to invoke the Insurrection Act and call out the military.” The general likened the U.S. to Germany’s fragile Weimar Republic in the early 1930s. “This is a Reichstag moment,” he said, referring to the arson attack on Germany’s Parliament that Hitler used as a pretext to assume absolute power and destroy democracy.

On January 6, Milley watched with disgust as Trump addressed his supporters. Soon after Trump finished speaking, a violent mob of his supporters stormed the Capitol in an attempt to disrupt the certification of the presidential election by a joint session of Congress — and many promised to return for Biden’s inauguration. “These guys are Nazis, they’re boogaloo boys, they’re Proud Boys. These are the same people we fought in World War II,” Milley said a week after the attack on the Capitol.

After Biden took the oath of office on January 20, and Trump was finally an ex-president, former First Lady Michelle Obama encountered Milley at the Capitol and asked how he was feeling. “No one has a bigger smile today than I do,” he said. “You can’t see it under my mask but I do.”

0 Replies
2
Reply Thu 15 Jul, 2021 02:39 pm
There seems to be a surge in publications of books dedicated to “exposing” the true story of just how horrible a person and president this guy was.

I really don’t get the point.

Those of us who see him for what he is have seen it and don’t need to be convinced.

Those people who never assign any blame to Trump, will never be convinced.

0 Replies
3
Reply Thu 15 Jul, 2021 03:38 pm
American Fascism: Why Trump's base turned into a religious cult that will blindly follow him off a cliff, and how to break the spell.
1 Reply
2
Reply Thu 15 Jul, 2021 04:32 pm
@hightor,
You have any thoughts on Mr Malloy’s piece there Hightor?
1 Reply
4
Reply Fri 16 Jul, 2021 03:09 am
@snood,
It's rather unnecessary, is't it? As you've suggested, it's not as if anyone who's followed Trump would be surprised by any of this. But I do like to keep posting the exposés, testimonies, satires, indictments, charges, secrets, etc. Every perspective on every facet of that buffoon should be available for sharing. Different articles and opinion pieces have various degrees of appeal or address different types of readers. That's why I think they're all worthy of publicity. I thought Malloy's breakdown of the simple differences between fascism and socialism were good. As Zardoz says:

When is the last time that a president daughter had to be summonsed to the oval office to bring her father under control? Aides called Ivanka to try and get Trump to call off the insurrection. She made several trips to try and get her father to stop the insurrection and asks his thugs to leave the capitol. Trump was not about to call off his coup. 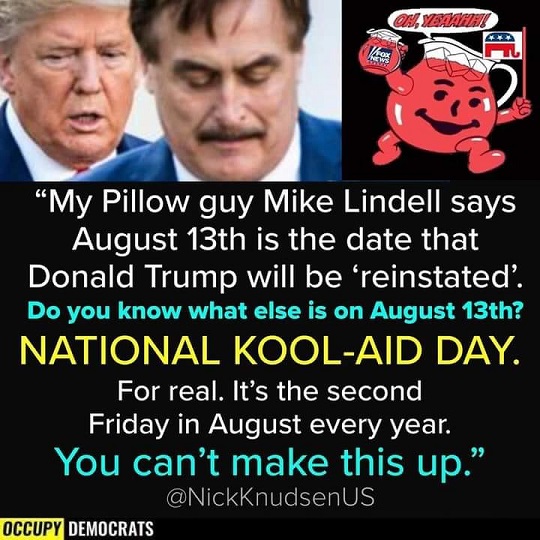 The saddest aspect of your meme, is that out of 337 million people, creepy Joe Biden and Donald Trump are apparently the cream of your crop.

No, they were simply candidates for the office of president. The process isn't supposed to select the "cream" of any crop. Any experience with the political process should have taught you that by now.

The process isn't supposed to select the "cream" of any crop.

The question being; why?

Sortition always sounded good to me.


It's certainly less deadly than a shootout resp. duel.
0 Replies
3
Reply Mon 19 Jul, 2021 04:55 pm
In an episode of Family Guy, Stewie clones himself. The results are disastrous,and the clone is called Bitch Stewie.

Trump acts like a clone that went wrong, and the name Bitch Trump somehow seems appropriate. 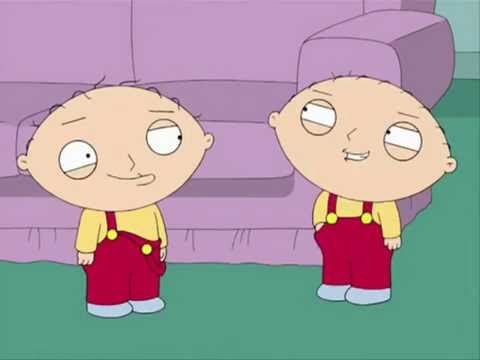 1 Reply
3
Reply Mon 19 Jul, 2021 05:58 pm
@coluber2001,
This reminds me of Oscar Wilde's, The Portrait of Dorian Gray, but Trump doesn't hide his contemptible portrait in the closet; he lives it, and many people still adore him. How can that be?
2 Replies
3
Reply Mon 19 Jul, 2021 06:36 pm
@coluber2001,
Trump gave them permission to be as racist and misogynistic and ugly as they want to be. All the venom that had backed up in their systems and boiled during the Obama years was given release. And they idolize him because of the enormous relief it is not to have to worry about being “politically correct”(to be interpreted here as responsible and accountable for one’s own words and actions) anymore.


Their fealty to him is a by product of their undying gratitude.

Donald Trump gives his base something no other candidate would... permission to be their worst selves. They will never abandon him for that.

Q: how stupid is this trump wanna be?

A: off the charts