What is your analogy for the day?

...The laws of nature applies to our thoughts and reasonings as well.....
Type: Discussion • Score: 6 • Views: 1,928 • Replies: 54
No top replies
0
Reply Sun 13 Dec, 2020 02:42 am
"Laws" can only refer to OBSERVED regularities within Spacetime. They do not exist in the sense that they dictate what is to come. What is REALLY to come has come to pass already...Anthropomorphic languaging uses concepts within our limited domain of operation to make sense of our little corner of Reality with wording like "Laws" ...
The River is ONE with the Mountains not apart!
1 Reply
-1
Reply Sun 13 Dec, 2020 02:46 am
@Albuquerque,
Hey Albuquerque...Sum that up in one sentence then...Anaology for the day...just one sentence.Now there’s a challenge for you.
1 Reply
0
Reply Sun 13 Dec, 2020 03:31 am
@Jasper10,
I am feeling lazy so I will quote: 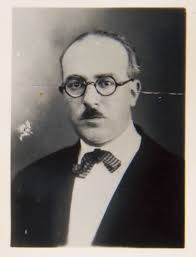 WHO is that guy? It looks like John Sloan or even Ben Austrian.

It would be appropriate for you to explain who this guy is so I can appropriate it for later use.
2 Replies
0
Reply Mon 14 Dec, 2020 06:40 am
@farmerman,
One of the top 1o writers of the first half of XX century how can you not know or wiki it? From Japan and China up to Germany or even on your country go figure America, everyone who is barely connected to literature knows, people make PHD thesis on his work from almost a century now!


Much better in French as expected from a Latin language...

Lost and found, the timeless rainbow of my bubble soap knights...
randomly displaced between the hours of no thought !
Frail suspension, of shadows to forecast, once upon the time...
Shattered words, in the twilight of my Japanese gardens.
Vaguely vain, sleepy slow, as yesterdays from yesterday,
wondering, might as mist, in the dusty twist of memories...
Pilgrimage for noway, "La Mancha" to nowhere !
Smoking thoughts, as settlers of no thought,
under the vanishing light of my last true cigar...