one of my childhood heroes has shuffled off this mortal coil...

Tom Seaver transformed a franchise and captivated a city, setting enduring standards as he
whipped his powerful right arm overhead for the Miracle Mets and dirtied his right knee atop
major league mounds for two decades.

Seaver's family announced in March 2019 that he had been diagnosed with dementia and had
retired from public life. He continued working at Seaver Vineyards, founded by the three-time
NL Cy Young Award winner and his wife, Nancy, in 2002 on 116 acres at Diamond Mountain in
the Calistoga region of Northern California... 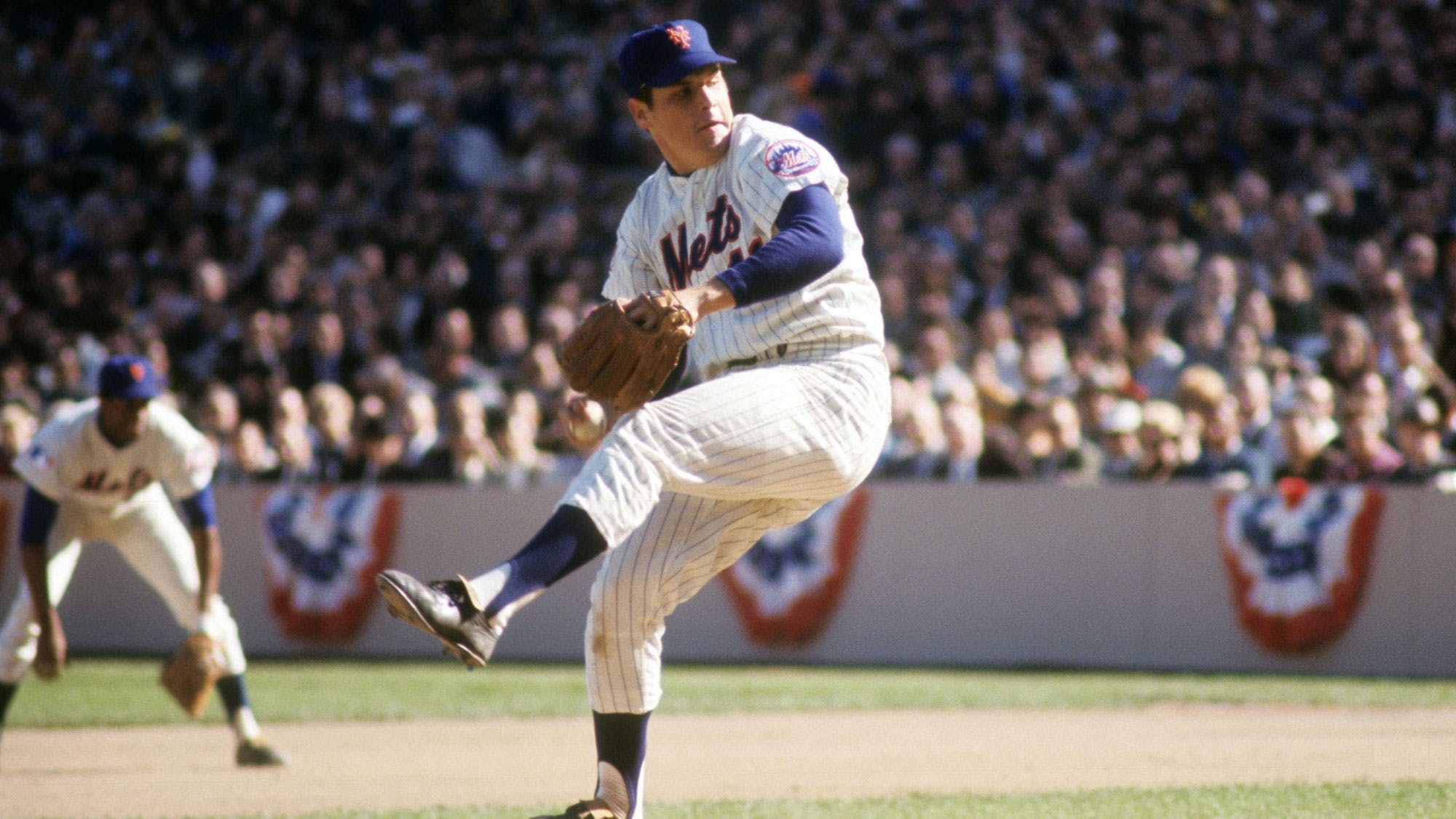 ...in truth, "Amazed"! He was what made folks realize the Mets was a real team, not just some half baked farce created to expand baseball.

Plus the winning revenge he gave the Mets after they unceremoniously dumped him and he headed out to The Cincinnati Reds. Threw a no-hitter for them in '78 (his only time).


Rest assured, Mr.Seaver, you won't be forgotten. Rest peaceful.
0 Replies
2
Reply Sat 5 Sep, 2020 04:37 pm
@Region Philbis,
Really liked him and what a competitive spirit he had. He made me pay attention to the ‘69 Mets, even though I was a Red Sox fan. He made the Mets Owner (Grant) eat crow.
0 Replies