Forums:
Email this Topic • Print this Page
Reply Thu 2 Jul, 2020 05:57 pm
About change and racial harmony I’m not very googly-eyed optimistic. But I can’t deny there have been a couple of things happening lately that seem a bit different from the cookie-cutter course of ‘outrage- demonstrations- speeches- then back to the routine’ . Like, the makeup of the crowds and the way the marches have continued. Like the push to get rid of confederacy artifacts in the public domain. Like this - FedEx is asking the redskins to change the name of the NFL team.

https://www.espn.com/nfl/story/_/id/29401445/stadium-sponsor-fedex-asks-redskins-change-nickname
Type: Question • Score: 11 • Views: 1,073 • Replies: 84
2
Reply Fri 3 Jul, 2020 01:38 am
@snood,
That's huge....it may not seem like it, but I hope they finally rename the team. I follow the skins but only because I can't get behind the Ravens..... I never forgave Robert Irsay for smuggling the Colts in the dead of night with no warning to the fans to frigging Indianapolis. I can't even look at them, they still wear the same uniform as Johnny Unitas, Alan Amechie, Gino Marchetti, Lenny Moore and Bubba Smith. Dang,
0 Replies
1
Reply Sat 4 Jul, 2020 08:55 am
I saw something that gave me the impression that the owner of the team was leaning to adopting a non offensive nickname for the team, but keeping Redskins officially. So we might call them the Squeaky-cleans, but they would have their official name behind the headlines.
1 Reply
2
Reply Sat 4 Jul, 2020 09:15 am
@edgarblythe,
Well I think that stinks if it's true. The NFL keeps trying to make little, conciliatory, symbolic gestures instead of just addressing the problems forthrightly. Like - Goodell makes this grand announcement that they were wrong to prohibit protesting, but then won't apologize directly to Kaepernick the guy who started the protests and lost his livelihood.

Now they've announced that they are going to start playing the "Black National Anthem" Lift Every Voice and Sing before games. I bet not a single Black person asked for this, I'd rather they hire some black coaches and front office people than this piddly placating gesture.
1 Reply
1
Reply Sat 4 Jul, 2020 09:18 am
@snood,
The end game is to placate in symbolic non substantive ways until the momentum of the protests diminishes and they can resume business as usual.
1 Reply
3
Reply Sat 4 Jul, 2020 09:43 am
@edgarblythe,
Yup.
Maybe their hand can be forced on this team name issue. The public pressure is very strong right now. There are more than just Native American and Black activists pushing for this. And now some corporate entities like FedEx are getting involved. And more white people.

I'm not optimistic, but there is noticeable increase in the size and volume of the protests these days,
0 Replies
-1
Reply Mon 6 Jul, 2020 02:19 pm
@snood,
A poll was taken years ago among Native Americans on whether or not they found the name Red Skins offensive or not.

90% said that they were honored to have a team named after them.


Might be an ignorant question, but what makes bison more correct than buffalo?
2 Replies
1
Reply Sun 12 Jul, 2020 09:38 pm
@snood,
The books about it say bison was called buffalo mistakenly. I was only joking here.

Are bison and buffalo the same? Though the terms are often used interchangeably, buffalo and bison are distinct animals. Old World “true” buffalo (Cape buffalo and water buffalo) are native to Africa and Asia. Bison are found in North America and Europe.Aug 23, 2018
1 Reply
0
Reply Sun 12 Jul, 2020 09:39 pm
@snood,
Bison is the correct term for American Buffalo. It's like meaning a Ford Mustang, but just calling it a Ford.
0 Replies
1
Reply Sun 12 Jul, 2020 09:58 pm
@edgarblythe,
edgarblythe wrote:

The books about it say bison was called buffalo mistakenly. I was only joking here.

Are bison and buffalo the same? Though the terms are often used interchangeably, buffalo and bison are distinct animals. Old World “true” buffalo (Cape buffalo and water buffalo) are native to Africa and Asia. Bison are found in North America and Europe.Aug 23, 2018


Ah. Thx. So, do you think this forced name change is too much correctness?

By the by, they’re going to announce the new name Monday. 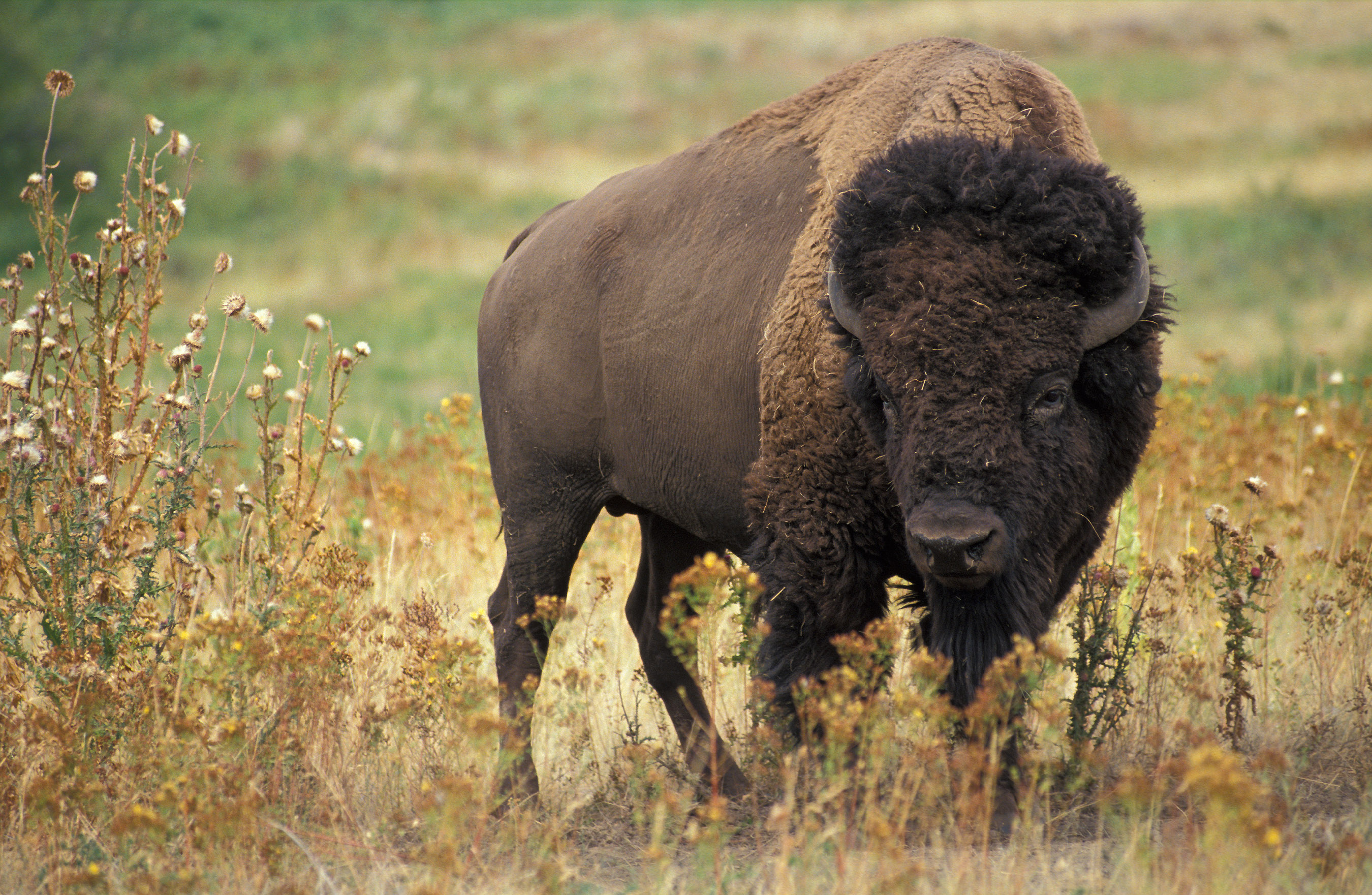